On September 29, 2019, Accountability Lab Nepal organized an event for Integrity Icon Awards. This ceremony was held at Silver Oak Banquet & Events, Gairidhara. The event was a movement to celebrate, encourage and connect honest government officials who demonstrate exemplary integrity in their work.

The integrity award was first started in change-makers to develop and implement innovative ideas for integrity in their communities. For this year’s integrity, over 1,190 nominations from all over Nepal were received. Then it was later narrowed down to five final icons. The five winners selected were crowned as Nepal’s 6th Integrity Icons.

All the five winners selected were awarded various titles during the crowning ceremony. Gyanendra Kumar Mishra, who is Head of the Department under Ministry of Forest and Environment’s Project Facilitation Division won a title for ‘Integrity with Courage’. 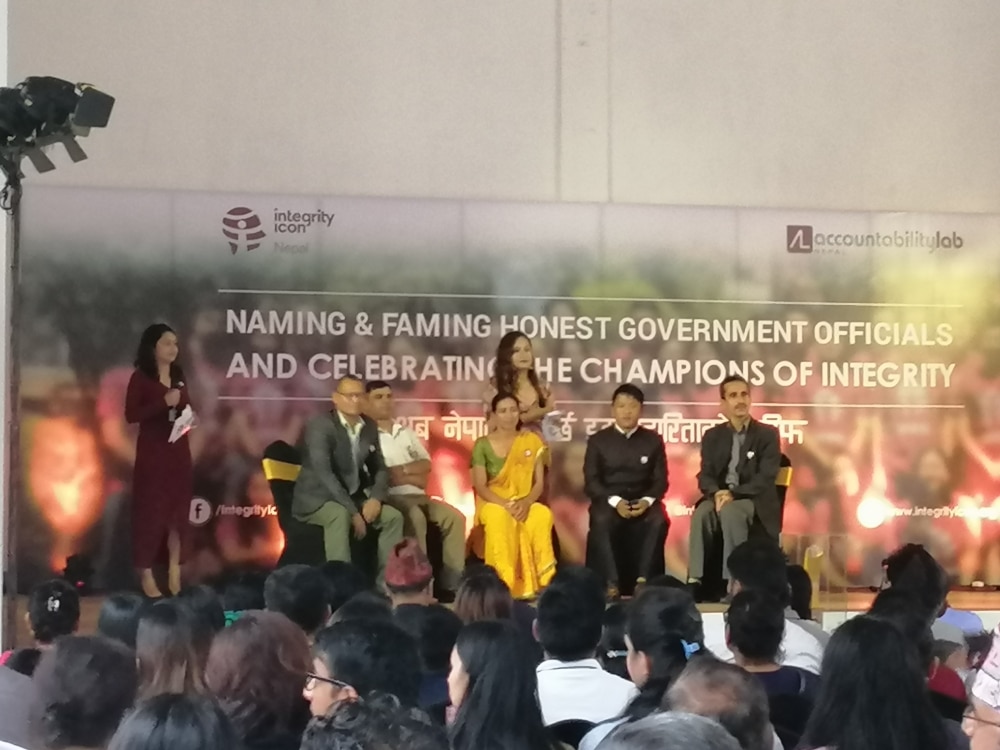 There was an independent panel of judges with former CIAA chief Suryanath Upadhyay as chair. The panel shortlisted all five winners, following a ‘rigorous’ selection process. After that, there was a round of public online voting to . Among the five winners, Chief Administrative Officer Kajiman Rai received the highest number of votes from the public. He also and won the award for the title of “Popular Choice”.