One month of Swasthani Brata Katha

Swasthani Brata Katha is basically the worshiping of Goddess Swasthani, who is believed to be one of the most powerful goddesses. She is also known as Astha Matrika, holding powers of eight goddesses namely Mahakali, Brahmi Maheswari, Baishanavi, Barahi, Indrayani, Kaumeshwari, and Chamunda.

A Hindu tale that is recited in the Hindu households during this month. Many families follow the story reading ritual, where they also fast for the whole month. However,  for many, it is still tough to follow the exact fast (Brata) ritual as narrated in the stories; only a few women follow that practice. It is also not compulsory that families who do follow the ritual have to read the Katha or fast for a month.

Those reading the Swasthani Brata Katha, worship the book with holy offerings like Abir/Sindoor (red vermillion powder), Kesari (Saffron), Jau (Wheat), Til (Sesame), flowers, Dhup Batti (incense), and Diyo (butter lamps). Some also cook special offerings for Goddess Swasthani. They read either in the early morning or in the evening, before meals. According to the stories, the offering includes 108 holy threads, 108 sel­rotis, 108 fruits, flowers, sandal­wood, clothes, money, and sindoor to Goddess Swasthani. 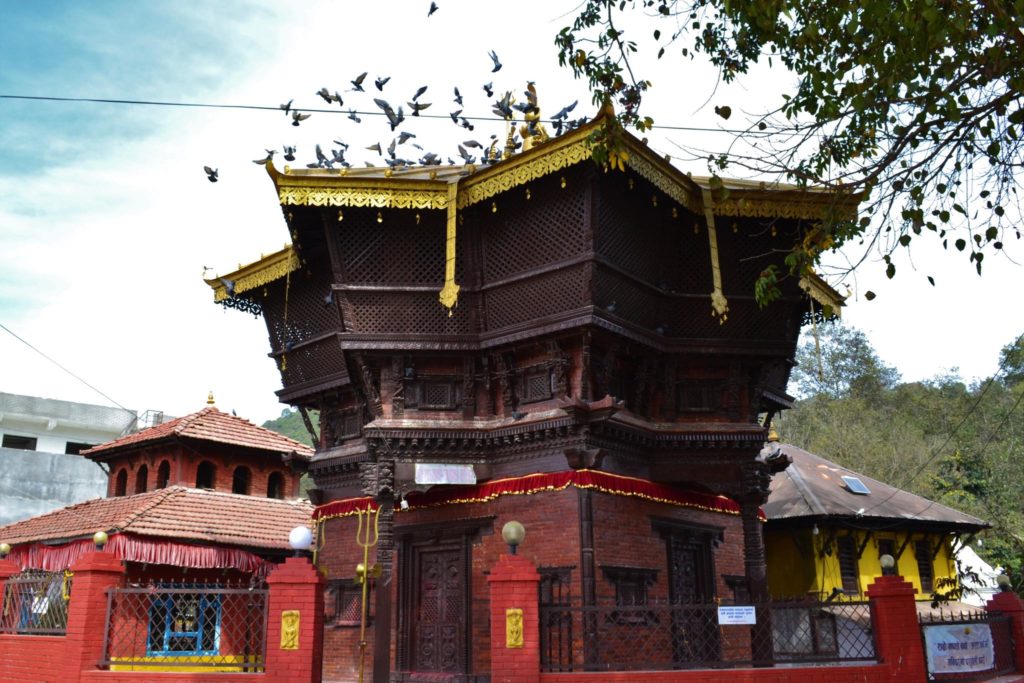 A grand mela (festival) also is celebrated for the whole month in Shalinadi, the holy place of Swasthani, at Sankhu. Devotees from all around Nepal arrive to worship the Goddess and take a holy bath in the Shalinadi river. On the final day of Katha, people perform special symbolic worships. There is a tradition where people paint the Mahamantra Om in a copper plate, and then they mold a makeshift Shiva Linga on the same plate over the Om symbol. They worship the Shiva Linga on the final day and the Shree Swasthani Brata Katha concludes.

The book contains a series of stories narrated by Lord Kumar (elder son of Lord Shiva and Goddess Parvati) to Agasthya Muni (a saint). It is said when Agasthya Muni wanted to know how this universe was formed. And Kumar started narrating all these stories and that’s how the book came into existence. It has in total of 31 chapters.

These days, people have started to criticize Swasthani Brata Katha for being a misogynist document. Seeing it from a modern context, critics say we protest about women empowerment, injustice, equality, human rights. Yet prefer to remain silent when it comes to religion or rituals even though there are improper practices that violate their Human Rights. The stories are an injustice to women’s identity and position in society.

Critics say women are treated in a very abusive, dominating manner mentally, physically, sexually, emotionally affect the health of an individual. While some are even cursed and condemned for not following the social norms. The Nepali and English translations have somehow manipulated the stories and gave rise to the criticisms. 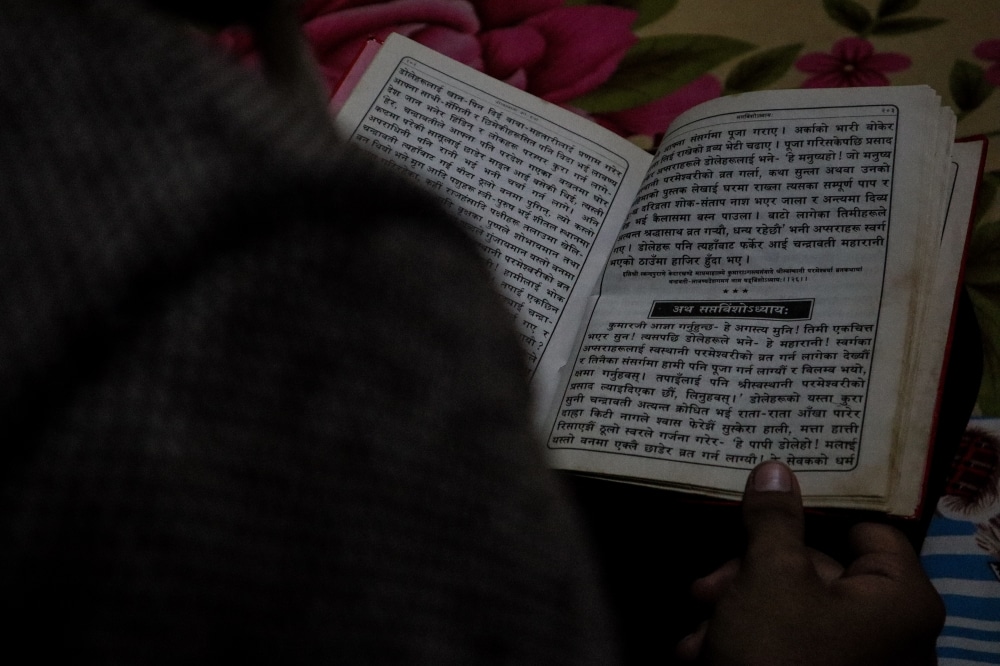 On the bright side, reading the book of Swasthani has also enhanced the literary skill of many Nepali people. Especially youngsters have difficulties when it comes to reading and writing Nepali despite it being their national language.

“Reading Nepali and further perfecting isn’t really my priority. But at least for a month when my mom asks me to read Swasthani Brata Katha. Apart from learning the religious values I am also learning to be fluent with my reading,” says Aadesh Raj Sharma, a student pursuing his Bachelor degree. He further says, in the first few chapters there are always problems regarding the pronunciation of the words, but slowly you get used to it. By the end of the book, your tone while reading gets smooth and more fluent, he added.

Similarly, there are a lot of parents who believe that Swasthani Brata Katha is also teaching their children religious values. Besides the things they learn at schools, religious books, stories, and practices must also be emphasized to instill some moral values and principles in them.