Being a woman and being alone are not congruent in Nepali culture. The dominant values that prevail are about the sacredness of women and our extremely high value that must be protected. Our value is contained in just one part of our identity; our sexuality. It is seen as a precious ornament we carry everywhere we go, with women as well as men being tasked with the enormous responsibility of preventing it from being touched. That is of course until the right person comes along with the golden touch. A golden touch of higher education, pure family breeding, and a two storey house.

Women are not even afforded the confidence to protect their precious ornament by themselves. Men are required to enforce that we are doing it right. Is her skirt too short when she leaves the house? Who will escort her home by 10 pm?

At times I think the over protection of Nepali women comes from a deep fear of the world we live in but it is not just that. Women are still not trusted to make their own life decisions. Fathers, uncles, brothers, and husbands, by the great biological fate of having a penis, are thought to be immensely better decision makers for women.

I was born and raised in Kathmandu in an on-paper conservative but in-practice liberal Hindu family but have spent most of my life living in western societies.  The women I know are very privileged in comparison to the majority of the female Nepali population, and yet, their independence is a one-dimensional mirage. My 28-year-old engineer cousin is required to be home by 10:30 pm every day. My 24-year-old friend has never worked a day in her life and her every expense is paid for by her father.

In 2016 I still have adult friends who keep three-year relationships a secret from their parents. A friend of mine is in a happy and fulfilling relationship with a man from another country but has decided (or submitted to) the fact that in another two years she will end the relationship and start receiving marriage proposals through her parents. Nepali women are constantly having to meet conflicting expectations. Yes, you should be highly educated and have a professional job, but mainly to attract a mate of a higher calibre rather than to become self-reliant.

There is no better analogy for educated Nepali women living in a time of rapid modernization and globalization than of a bird who is coaxed into a cage. They have the means to live wildly free and successful lives on their own, but the cage built with the morally penalizing stakes of culture, family, and society makes it nearly impossible for them to do so.

Nepal has a collectivist culture where group socialization, agreement, and conditioning run deep. Being alone is equated to being lonely and quite miserable for both men and women. However, the problem our culture has with solitude extends far beyond collectivism and has a specifically gendered bias.

How often do you see a young Nepali woman dining alone at a restaurant, watching a movie by herself, travelling alone or just enjoying her God damn life in solitude? What are people’s reactions when they witness this? What normal activity could a young man engage in to warrant such suspicion or confusion?

This leads me to my story.

I completed high school and my undergraduate degree in Australia, where I learned how ingrained travel is in the Australian culture. For my 21st birthday, rather than having a grand party, I decided to travel back to my childhood home in Boston, America and also travel around the whole country. All by myself. Much to my parent’s dismay I added Mexico to my journey and returned two and a half months later an entirely new person.

Three years on, I have finished two undergraduate degrees, worked for a year and a half in a rewarding professional role, saved diligently as I continued living with my parents, and am three months into a two year around the world adventure on my own. I have backpacked through five European countries and am spending the next five months volunteering and travelling in North Africa and the Middle East. I will then continue travelling in Europe, then head to Southern and Eastern Africa for a year to volunteer, write, start art projects and travel. 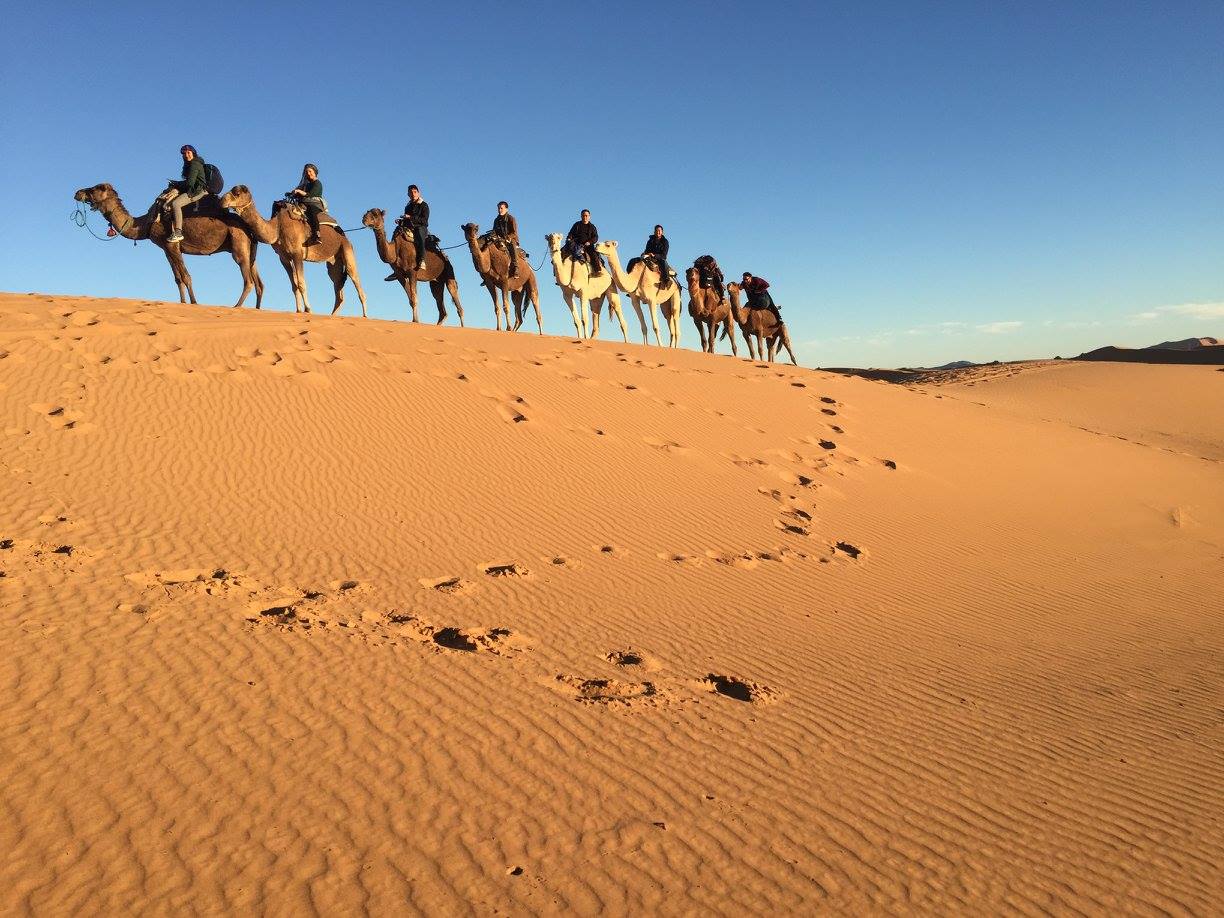 Nirvana at the Sahara Desert

Single Nepali woman in her 20s taking on the big bad world.

I am open to making friends along the journey who might join me for segments of the adventure, and for loved ones to come and meet me, but the majority of this journey is one single Nepali woman in her 20s taking on the big bad world. The decisions and the finances to support this dream was nearly a three-year journey.

Most of the comments I received before I left home were about how incredibly courageous I am. I did not understand how engaging in a selfish pursuit such as travel categorised me as brave. I understand a little bit more now. My unwavering dedication to pursuing the kind of life I want, an unconventional life filled with visual and sensory pleasures, not of the brick, fabric or metal kind, has created a tiny electrical signal in my circles of influence. My decisions have shifted what my family and my community perceive a successful life for a young Nepali woman should look like, and what they believe young women are capable of doing.

My mother gave birth to me when she was my age, 24, after having an arranged marriage at 21. She is now witnessing her eldest daughter living a life she never even imagined possible. She is a woman of incredible resilience, courage, and stability whose achievements have led me to have the freedom to be who I want and pursue what I want.

She showed me how far my wings could extend, and that the key to unlocking the cage was always just around my neck. She is a brave Nepali woman of a different kind. My story is her story, and together we have ignited an inter-generational change in the perception of the life of a Nepali woman.