There are a lot barriers, stereotypes, biases, customs, and other traditional barriers that have restricted women from achieving their goals. So far so that even the basic things as casting their opinions or votes are affected. But that barriers are slowly breaking down and women are working for their society. In fact, there are a few of them who started a new wave of revolution from a very young age. Here are the top names of girls who changed the world forever, after their fight against social injustice or to bring freedom to people.

Malala Yousafzai is a Pakistani who is known for her activism in promoting education for girls. In 2012, when she was just 15 years old, a Taliban gunman shot her in an assassination attempt in retaliation for her work. At the age of 17, she received the Nobel Peace Prize, becoming the youngest Nobel laureate. Among the girl who changed the world, Malala’s name would always be taken first as she created a wave of change in thought process. 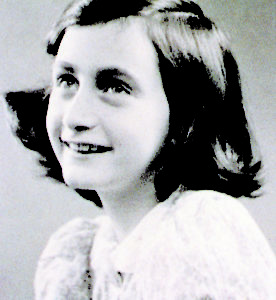 Anne Frank was a German-born Jewish girl who was 14 years old and moved everyone’s heart with her story. She moved to the Netherlands during the Nazi regime. She wrote her experiences and hid her diary from everyone in her family. After her family was discovered and arrested, Anne died at Bergen-Belsen concentration camp in 1945 at the age of 15. Her father Otto (who was the only surviving family member) was moved reading her diary. After the war was over he published her book so everyone could hear her story.

Ruby Bridges is the first black student to attend William Frantz Elementry school in new Orleans in 1960. At the age of six, she became the first blackface to protest and had to walk to school accompanied by federal marshals. Bridges became an icon and inspiration in the Civil Rights Movement. 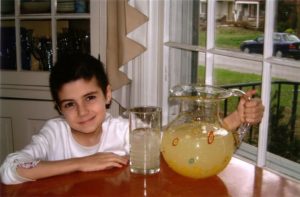 Alexandra Scott was only four years old when she got diagnosed with cancer called neuroblastoma. She got ill shortly before her first birthday. Shortly after she got diagnosed she decided to set up her first lemonade stand in her front yard in order to raise money for childhood cancer research. This story was inspired by many people and decided to set their own stand to raise lots of money for the cause. Because of these people had raised 1 million dollars. By the time she died in 2004. But her family continues her legacy through Alex’s Lemonade Stand Foundation.

Bana Alabed is a Syrian girl who grabbed the world’s attention with her series of heartbreaking tweets. These tweets were from inside the besieged city of Aleppo and started in 2016. Now this 8 years old, continues to raise her voice for the people of Syria and draw attention to conditions of the country fighting war. So Bana will always be one of those girls who changed the world forever.

A girl named Yusra Mardini was an 18years old girl who made history as one of the members of the first Olympic refugee team in Rio de Janeiro. After the overloaded dinghy taking them to Greece started to sink, she saved the lives of her fellow refugees. Mardini jumped into the Aegean Sea and helped push their vessel to safety.

Margaret knight was only 12 years old when she witnessed a horrific accident involving a mechanical loom at a cotton mill. That incident led her to make a device for the machine so that the mill workers could work safely. This technique has been adopted by many other mills adopted.

So, what they say about age is just a number is true. Anyone can do anything given the right mindset and right intentions, and these girls who changed the world are a proof of that. Efforts of a person can be minimal but it can start a wave of revolution, and create a change in the world for better. If these girls can change the world forever, it is not late for you to make a change.