Talking about Menstruation in Nepal is still a taboo in the 21st century.  “Are you on your period?” a question every woman is asked upon arrival at a relative’s house. Stay away from the kitchen, don’t enter the temple, and don’t touch the pickle jar else it’ll rot. I’ll tell you what’s rotten, these notions, these beliefs that menstruation is a sign of impurity; that this perfectly natural phenomenon should be kept under the wraps and made as invisible as possible.

Nothing in our society with the exception of violence and fear has been more effective in keeping women in their place, than the degradation of the menstrual cycle. This is the 21st century. Women are constantly proving that they are in no way inferior to men. They’re working hard to find their place in a world that has been dominated by males for so long. Yet every month their voices are shunned and their opinions silenced.

A woman is impure when she menstruates. But if she does not menstruate then she is considered unlucky as she cannot bear children. She has to build her life around her period schedule. Being a woman feels like an extended curse every single day. Even in these modern times, we are choosing to blindside facts and be governed by dogmatic beliefs. The regressive thinking and ignorance regarding menstruation are uncharacteristic of this contemporary era. The one tracked mind of this society is truly infuriating.

The topic menstruation in Nepal is seldom discussed openly. Most girls have not heard about menstruation before it actually happens to them. This leads to more panic and fear when puberty hits. The unexplained bleeding, those torturous cramps and, the unexpected mood swings leave them terrified. But instead of helping ease this transition to womanhood the society chooses to alienate them and leave them in isolation. In pain, helpless and alone. 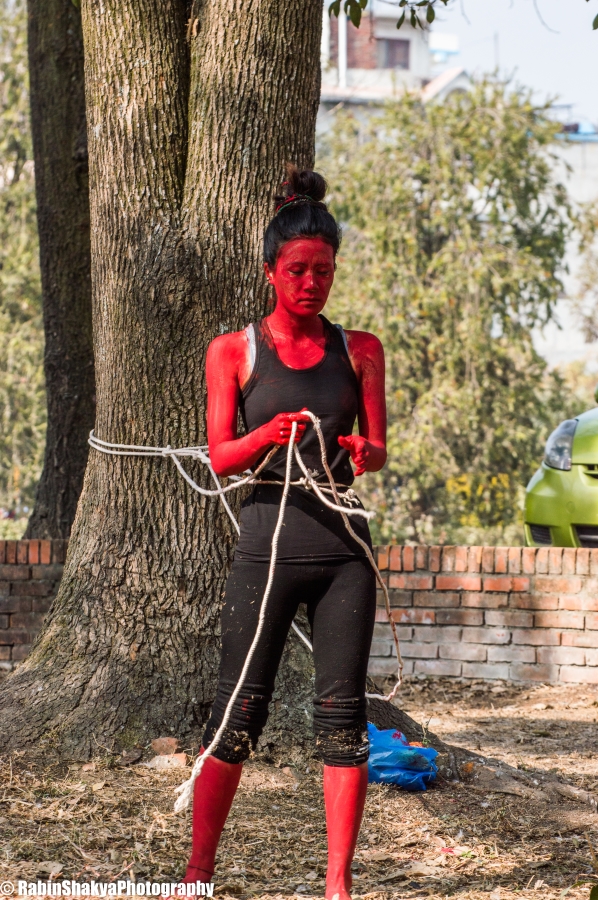 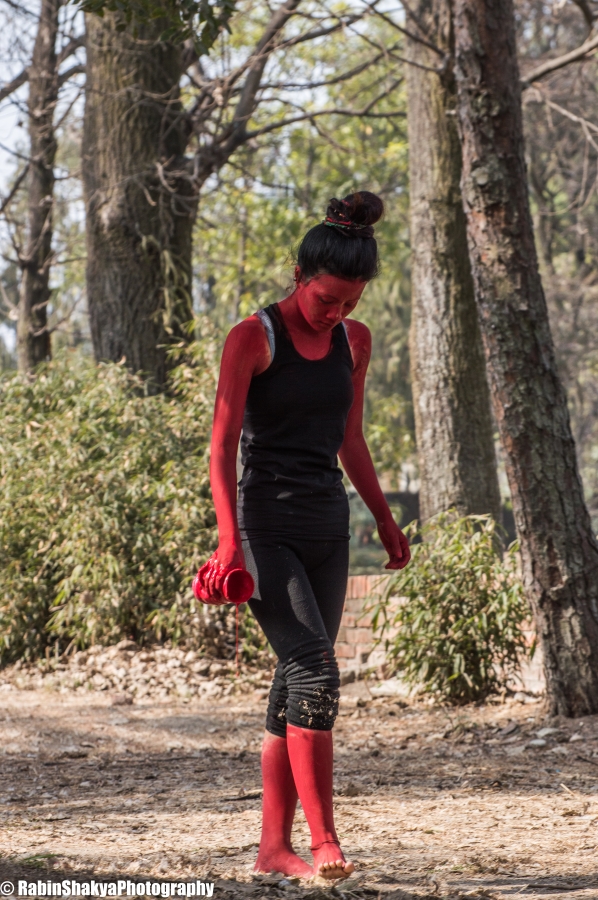 Freelance Photographer Rabin Kaji Shakya questions the modern day society why something as natural as menstruation is treated as a taboo. Here’s how the artist Pramila Lama puts it, “In the context of Nepal, during the time of menstruation, every girl has to face physical and mental torture in the name of God, culture, tradition. The situation of women living in rural areas is terrible. In some places, women cannot enter their own homes during their period have to stay alone in a small hut far from the house.

They are also forbidden from touching other people (especially male), cattle and growing fruits and vegetables. People believe that menstruating women are impure and we believe them and oblige to these rules; afraid that bad things we’ve been warned about will happen if we break them.” 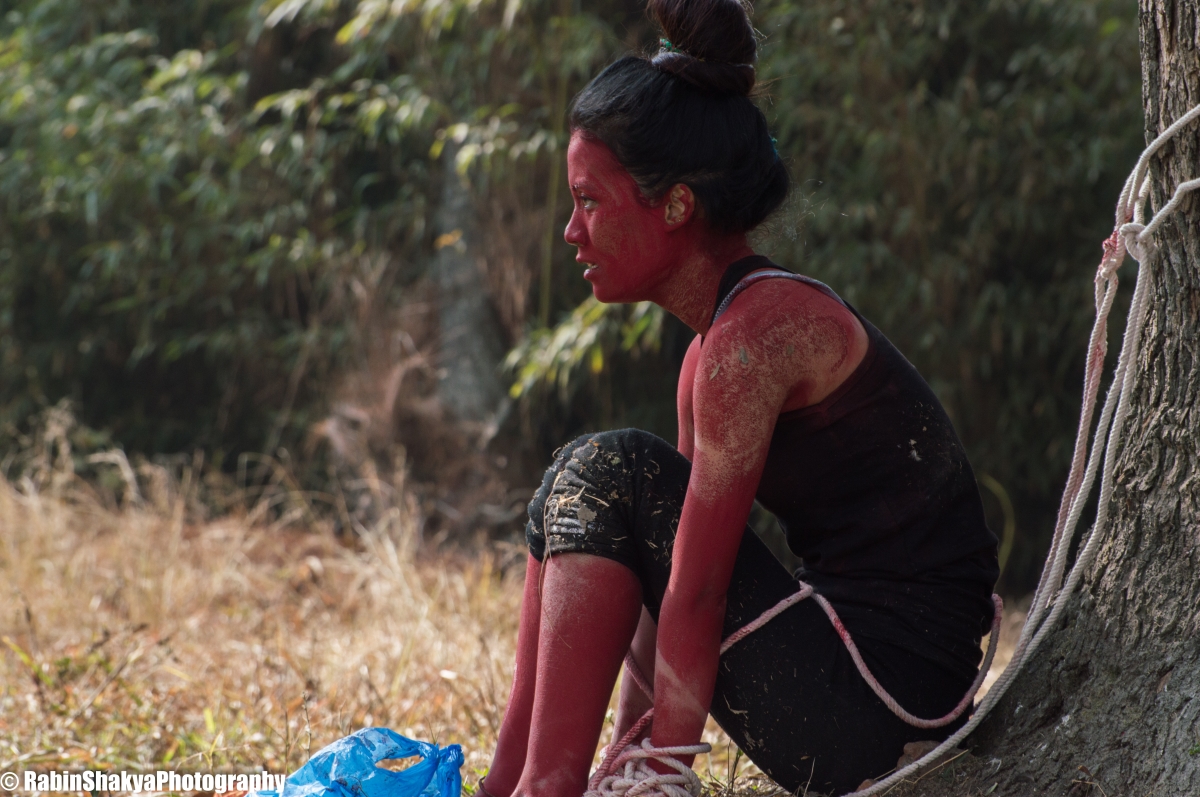 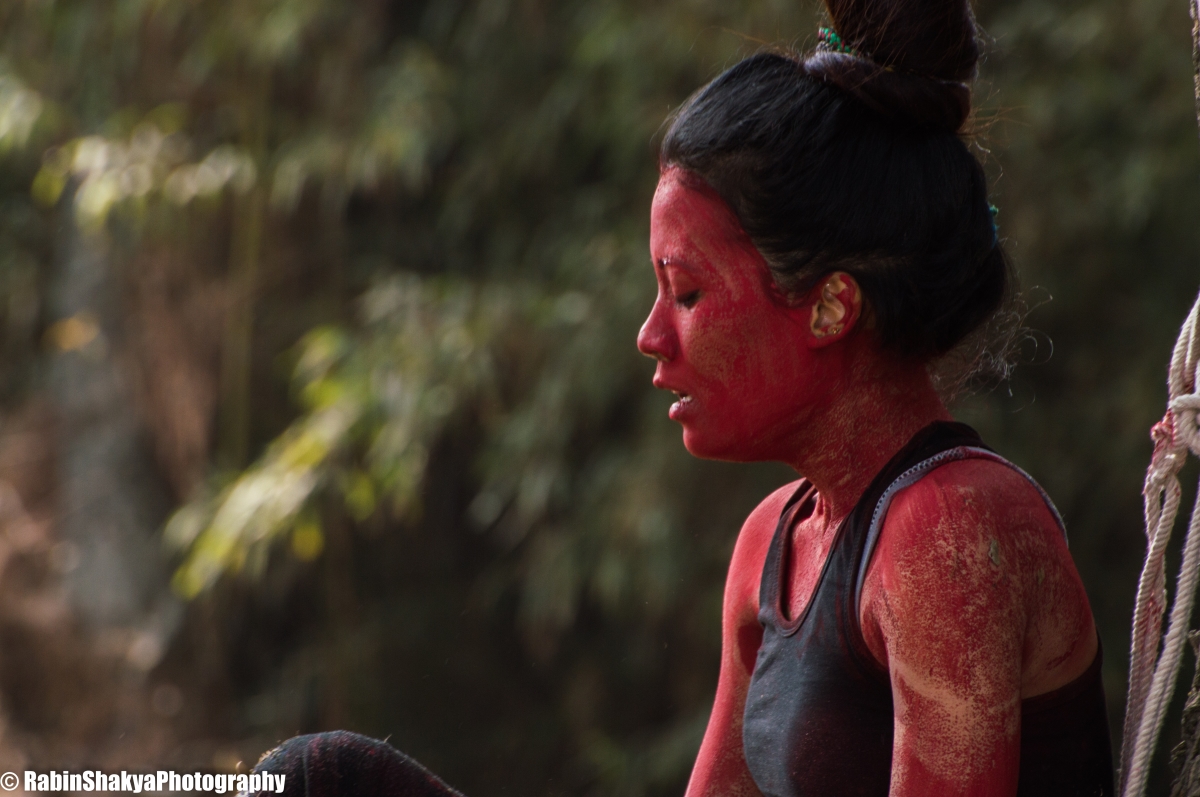 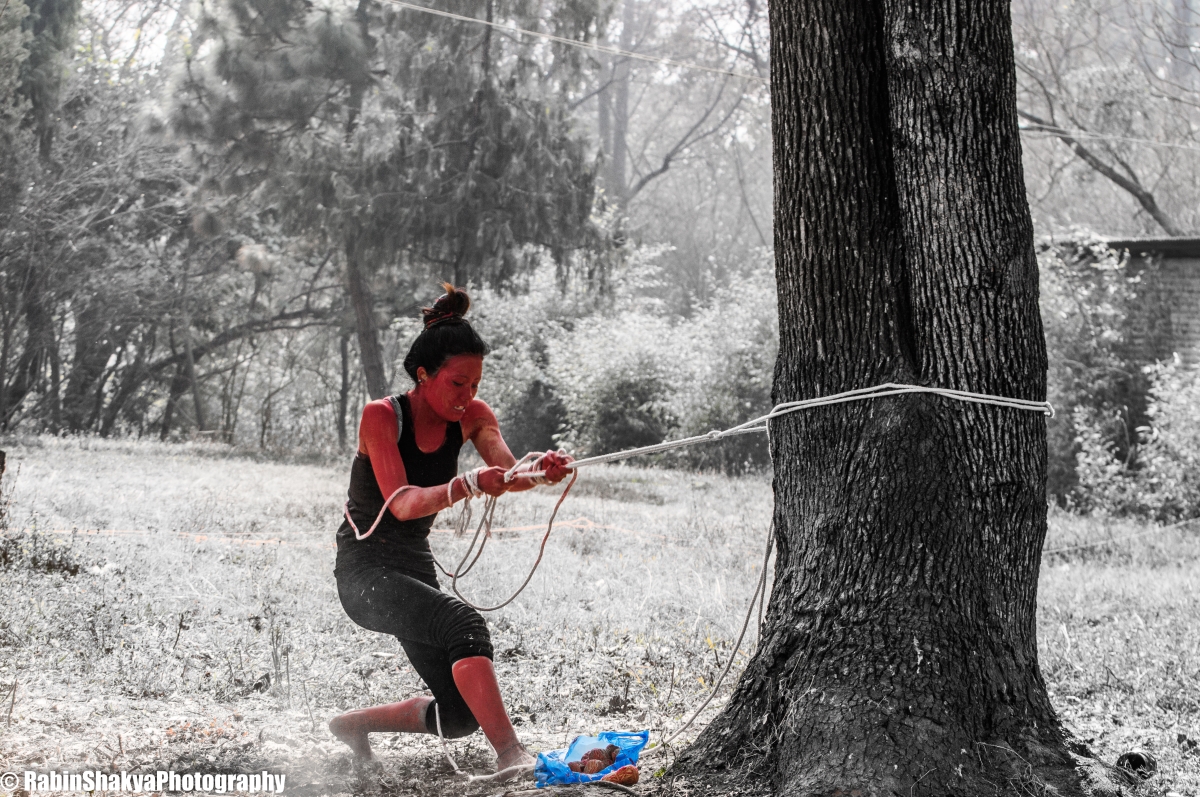 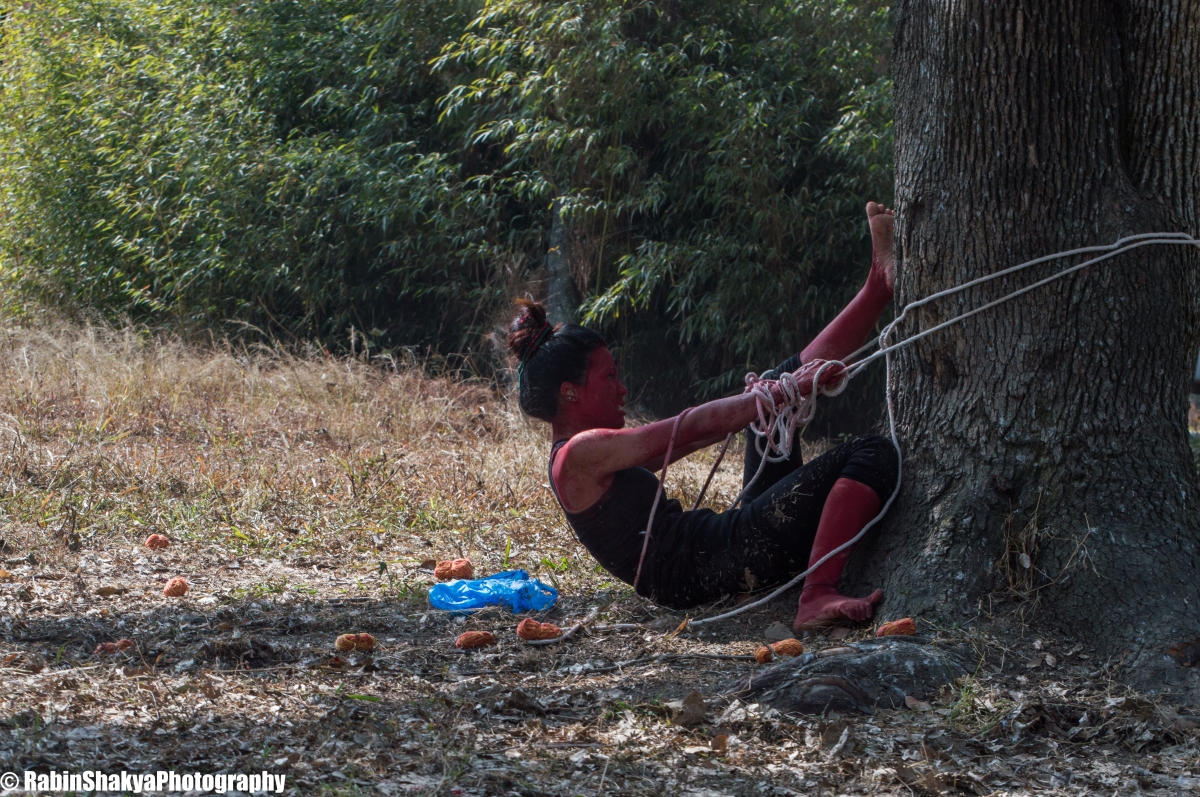 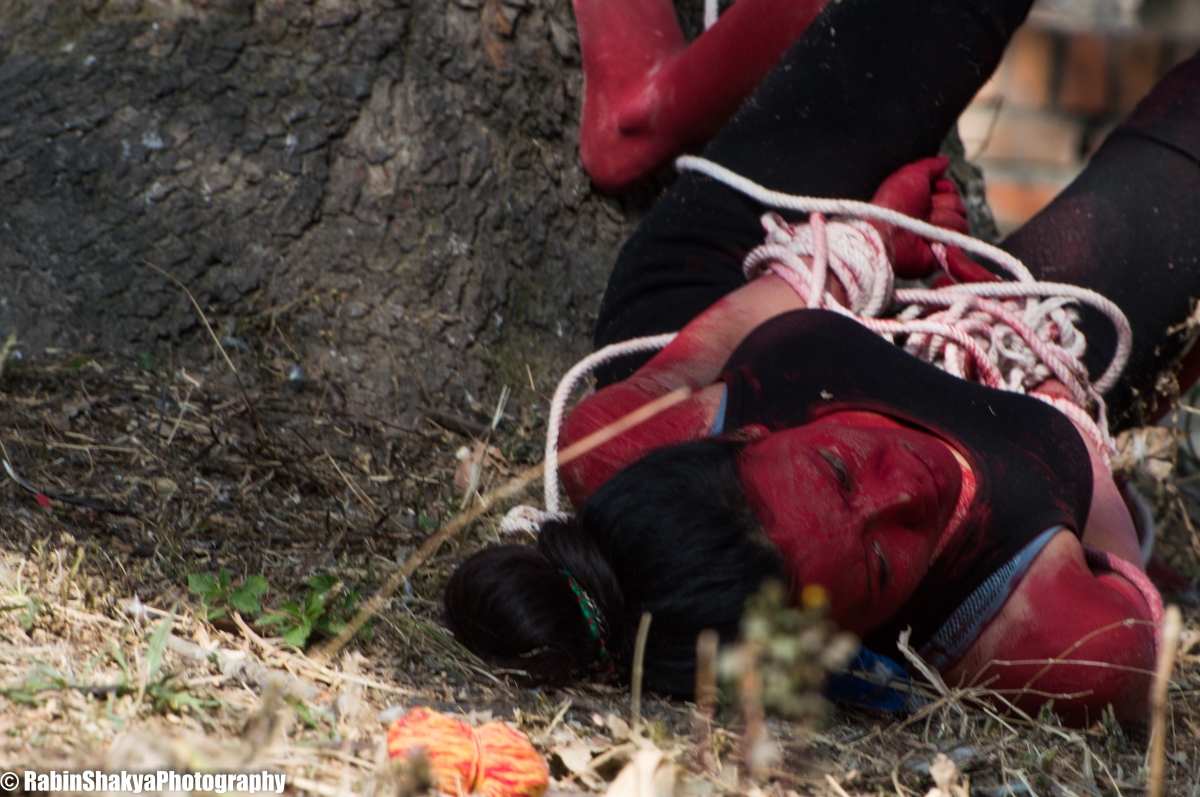 She goes on to share why this kind of discrimination hurts her. Being amongst those who have faced these problems firsthand, she wants to know why these thoughts still prevail in the minds of the majority. Why can’t we talk freely about such an integral part of our life? These circumstances pain her. So her performance wants to know the answer. It is about questioning everyone including herself, why?

By opening a dialogue about menstruation and the importance of combating the ignorance that surrounds it, we can begin to address this issue. Menstruation is not something that can be forced into invisibility. Instead of trying to promote isolation let us spread acceptance and to be period positive so that another sister isn’t forced to lie about her periods. So that she doesn’t have to sleep alone in an open hut. So we don’t lose another innocent girl to Chhaupadi. Let us promote Period Pride and teach women not to be ashamed but rather embrace their womanhood. 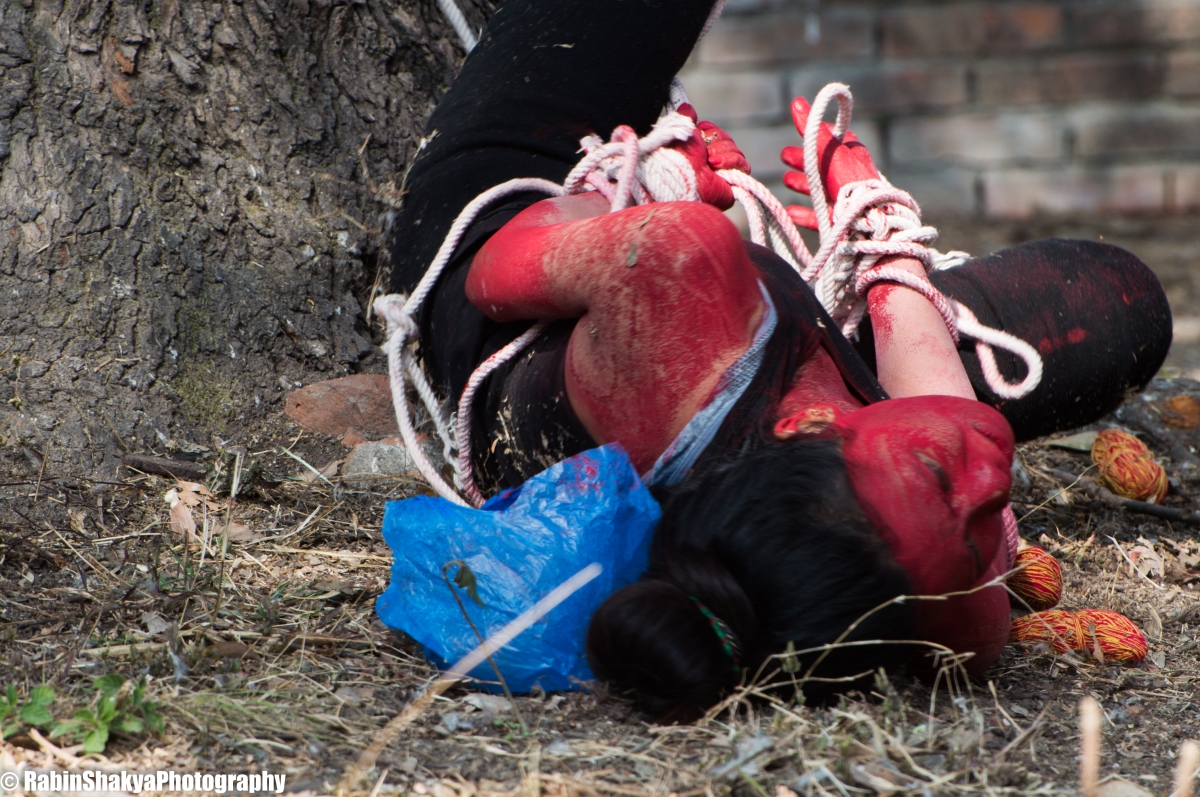 Launch of Ruby Cups and Menstrupedia: A Period Revolution