The garden of Dreams, known for its neoclassic design and history, is one of the few serene places left in a city of Kathmandu full of crowd and chaos. Established in the 1920s by one of the avid lovers of art, Kaiser Shamsher Rana, the garden extends to an area of almost 7000 square meters. Even though it was not always open to tourists, one can now visit and celebrate the beauty the garden is, with its majestic pavilions, awe-inspiring furniture, and mesmerizing fountains. Though only a 2-minute walk from the busy central Thamel area, it seems miles from the city, with its peacefulness, placidity and most of all its charm.

The Edwardian architectural beauty of the garden, designed by the famous architect Kishore Narsingh (designer of Singha Durbar), is always a pleasure to look at and marvel. The six pillars of the garden representing the six seasons rightly give the garden a pseudo name- ‘the garden of six seasons”. Garden at a full moon night, my personal favorite, is one of the experiences I suggest not to miss while in the city. At night, the garden is illuminated with golden lights and its very sight makes one euphoric with joy.

The garden, which lies in front of Kaiser Mahal and adjacent to Kaiser library was up to date to the standard of Edwardian style garden of the early twentieth century. But how did it turn out to be the way it is today?

Son of the then Maharaja (de-facto ruler of Nepal), Chandra Samsher, Kaiser Shamsher was a voracious reader, linguist, an expert in horticulture had a collection of books related to gardening and architecture. His vast knowledge on these aspects led him to create an eternal masterpiece with his father’s personal architect Narsingh that covered about 1.6 hectares.

He adopted the Edwardian style but didn’t fail to add the native touch to it. During its time, it consisted of six pavilions, designed in a way that each depicted one of the six seasons prevailed in Nepal. Just like other elements of a typical Edwardian garden, there was a fountain and sunken pond in its center surrounded by a garden of flowers and sub-tropical vegetations.  In addition, the presence of pergolas, veranda, decorated garden furniture, balustrade, statues, and urns.  It was one of the lavish and sophisticated private gardens at the time. 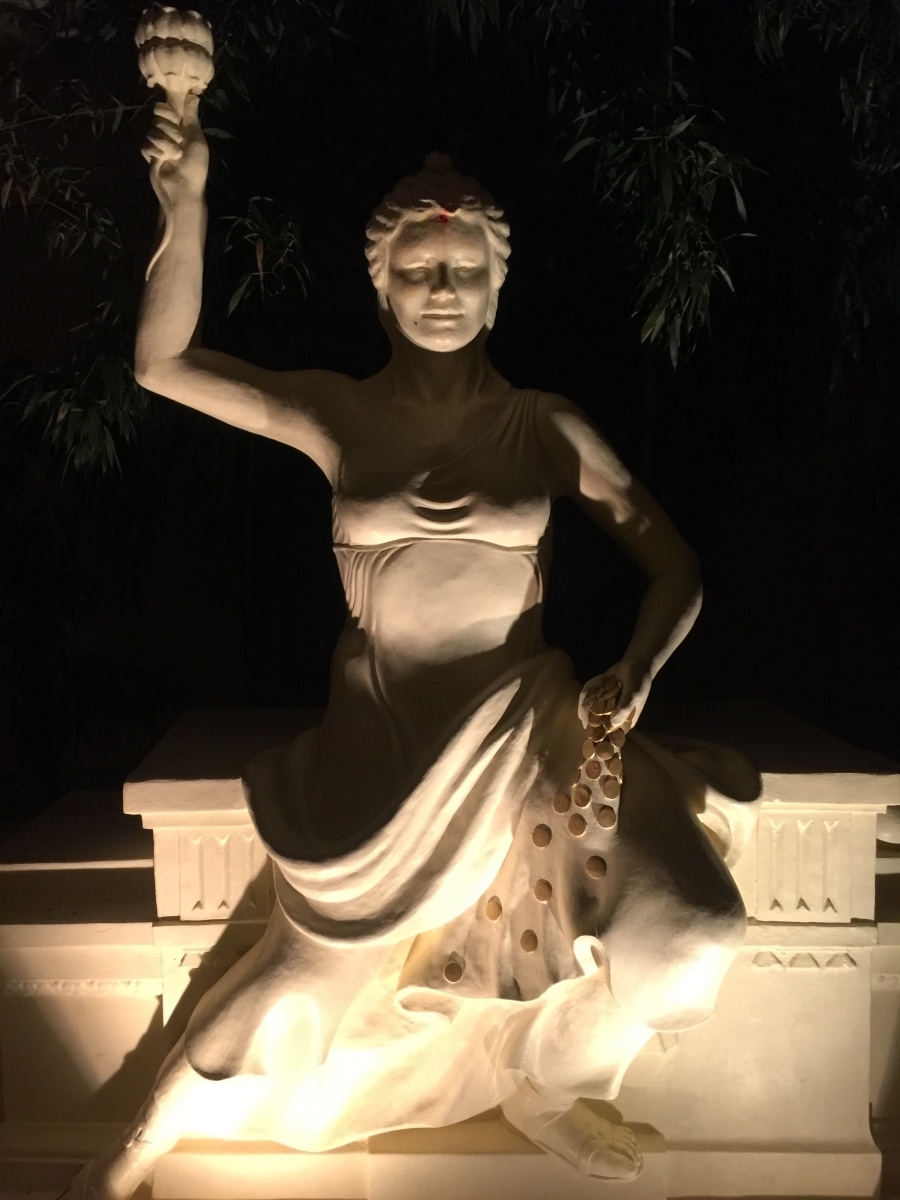 But the death of Kaiser Shamsher in 1964 meant that the garden along with Kaiser Mahal and library came under the ownership of government of Nepal.  While it remained as a private garden, during the lifetime of Kaiser Shamsher, it remained more unknown to the general public. The government didn’t take concrete action to preserve it or didn’t see a reason to as it reminded of the Rana, the autocratic regime that taunted the country.

As a result, weed started to take over the garden, pergolas and pavilion started to crumble, ponds were occupied by algae and weeds. In a way, the once sophisticated garden under utmost care started to fade away from the face of the Earth. For more than thirty years, the garden lost its aura.

Then came the year 2000, when Austrian Development Aid with the collaboration of Ministry of Education started a renovation of Kaiser Complex (includes Kaiser Library and Garden of Dreams) with an aim to preserve and promote the historical garden that holds a significant place in the history of architecture and gardening. After the relentless effort to bring back its original aura, today half of the garden remains with many modern facilities. Out of its six pavilions, three remains today but the large amphitheater and abundance of sub-tropical flora somehow try to bring back its glory.  In a way, it was resurrected though handicapped.

Today, the garden is maintained by “The Garden of Dreams Development Board” which is an autonomous body under the Ministry of Education. It looks after its day to day maintenance. Open for public, it gathers revenue through the ticket sales collected from locals and tourists. With plenty of room to bask in the sun and read a novel or share the secret with loved ones, it is an ideal destination. There’s even an international standard café that offers continental food and good coffee. One can also hold private and public function, cultural program and also classical concert here. 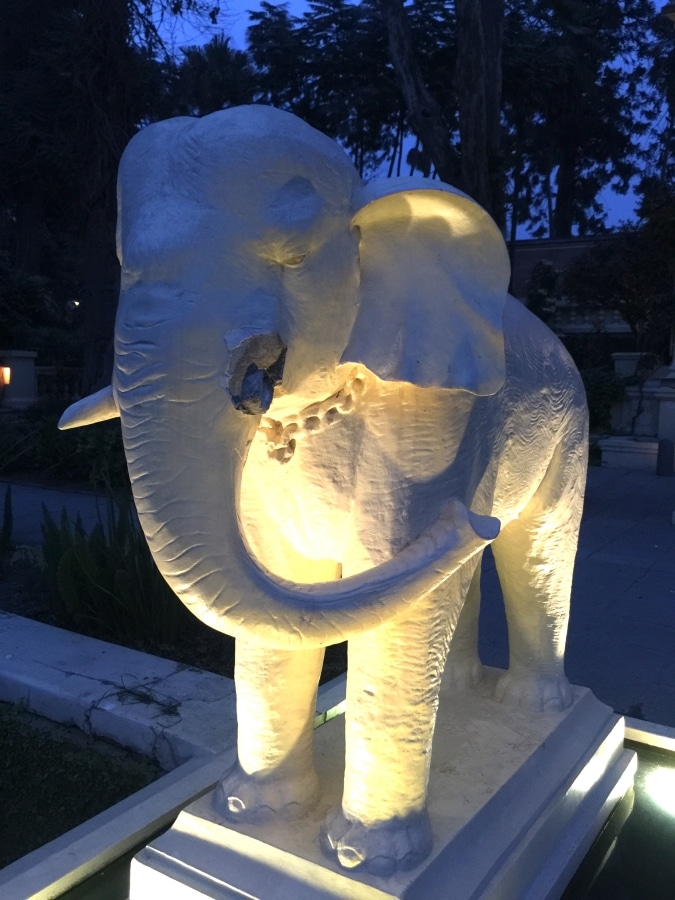 An Elephant Statue with Broken Tusk as seen on the gardens of Dreams.

Garden of dreams in no way reflects the history of Nepali architecture. Maybe that was one of the reasons for government to neglect it so long. Nonetheless, it stands as a historical garden associated with the historical figure that has witnessed the history. One can gaze at the deployment of architecture and the verities of flora. It is more than the garden, it’s one man’s contribution to the future generation who can see the untold and hidden stories of the Rana regime of Nepal.