I have always wondered about Lord Ganesha story and why he got an elephant’s head when he lost his human head. Why?

Surely, there were other animals in the Himalayan landscape when he lost his head.  His father Shiva, being the God of gods, could have given him the head of any of the other animals. For instance, mountain goat, cow, snow leopard, yak, monkey, or that of the Himalayan ponies that roamed the Himalayan slopes.  But he didn’t. Instead, Shiva chose the head of an elephant which is not native to the land. Elephant facts say that they are usually found on the lowlands in the jungle or on the savanna.

The choice of an elephant head to me doesn’t seem to be random.  It was a calculated and deliberate choice; based on many elephant facts known to mankind.  For example, it has been proven that elephants have the largest brain among the land animals, weighing in at nine to 12 pounds. It is possesses of special von economo neurons, scientifically associated with advanced awareness. They have an enlarged olfactory lobe, cerebellum, and temporal lobe of the cerebrum, all of which make their brains inherently different from human beings.

In a recently published article titled Elephant Culture, Dr. Jon Lieff asks, “How can we not appreciate the intelligence, empathy, and wisdom of elephants? …”

Ganesha is called the God of wisdom, the God who removes obstacles, and the God who bestows success.  We find the exact same qualities in elephants.  But instead of worshiping as we do to Lord Ganesha, we exploit and kill elephants. 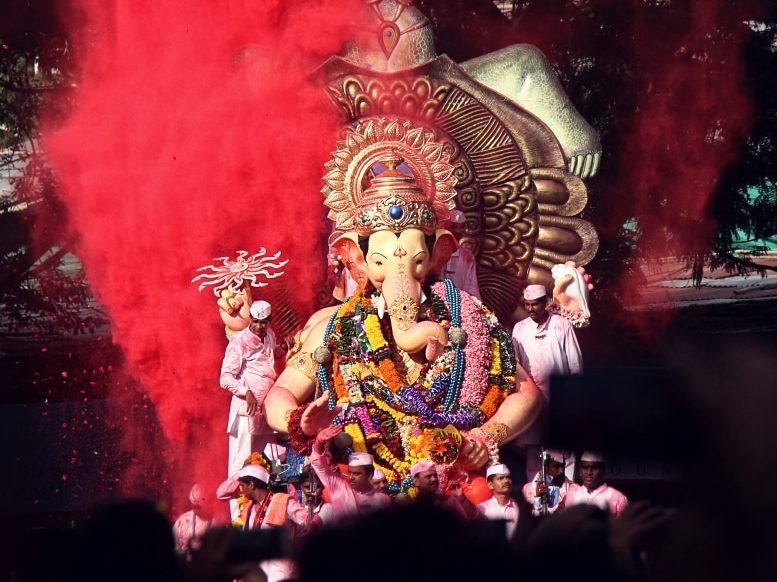 People throughout history have used elephants as war machines, slaves and commodities.  It’s time that we look over the elephant facts, appreciate the qualities these gentle animals possess, and learn empathy and family values.

Elephants have shown themselves to be compassionate, intelligent, and faithful. So much that we humans fail to be. Yes, we must stop murdering every living being on the planet for pleasure and profit. We should LEARN from others.