Krishna Janmashtami is observed and celebrated the birthday of Lord Krishna by Hindu devotees, with great devotion by devotees from all around the globe. It is also called Krishnashtami, Saatam Aatham, Gokulashtami, Ashtami Rohini, and Srikrishna Jayanti. People celebrate this annual festival in the Nepali month of Bhadra (August/September). According to the lunar calendar, this festival falls on the Ashtami or the eighth day of the waning moon.

This festival is one of the most important festivals in the Hindu community as Lord Krishna is an incarnation of Lord Vishnu. Krishna was one of the important parts in Mahabharata. He the one who supported Pandavs against Kauravs to win the holy war.

Krishna did not physically take part in the battle, but he still played a vital role in Kurukshetra (battlefield). If it was not for Krishna, Pandavas would have never won. He was the charioteer for Arjun. While guiding him through the war, he teaches Arjun about dharma (duty), karma (good deeds), life cycles and conscience. The interaction between the two is written in Bhagwat Geeta.

History and its significance:

Lord Krishna took birth in a cellular jail. He is biologically child to Vasudeva and Devaki. Even before he was even born, his life was in threat because his uncle, King Kansa, wanted to kill him. So to save his life, after his birth, his father took him across the Yamuna River. He was left in care of Nanda and Yashoda in Gokul. 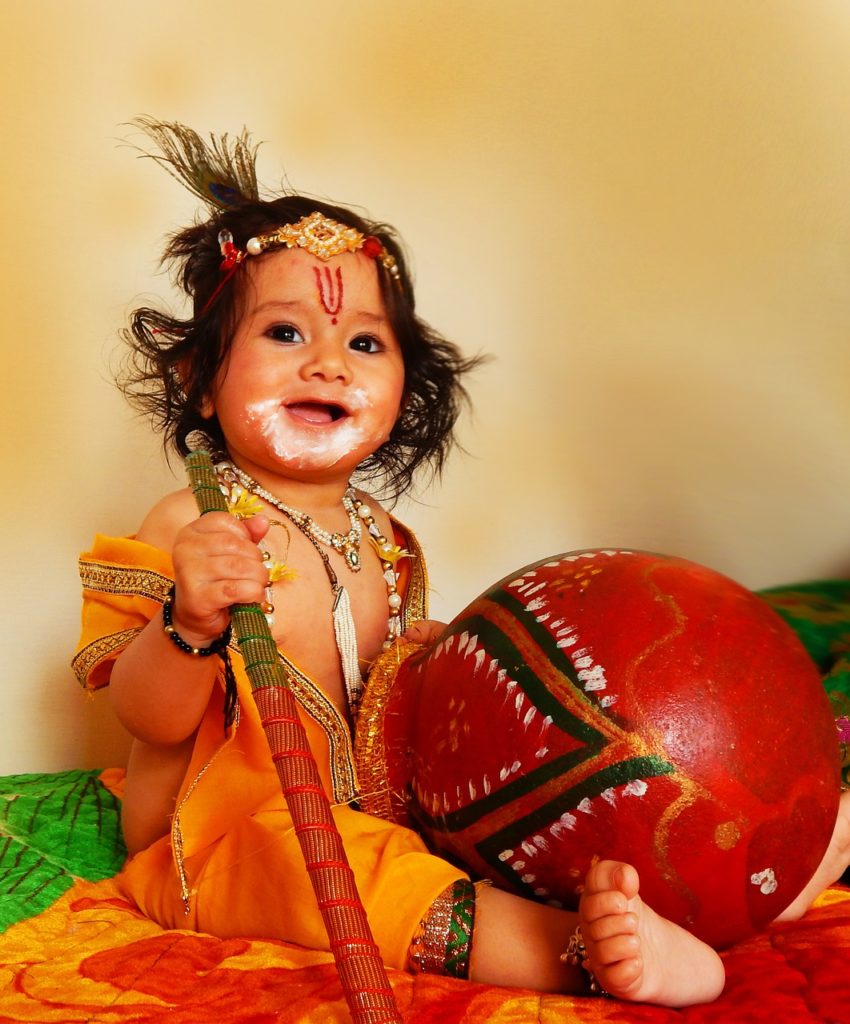 Krishna spent his entire life in Gokul. His skills were visible from his young age. The people of that village believed that he was a rescuer sent to save them from evil.

After he killed his uncle, and wiped out evil from the Earth’s surface, Krishna Janmashtami was celebrated worldwide by Hindus. People celebrate this day to remember in the dedication of Lord Krishna and his deeds done for this world.

Krishna Janmashtami reminds us of those ancient stories of the battle between good and evil and which tells us that the good always wins. 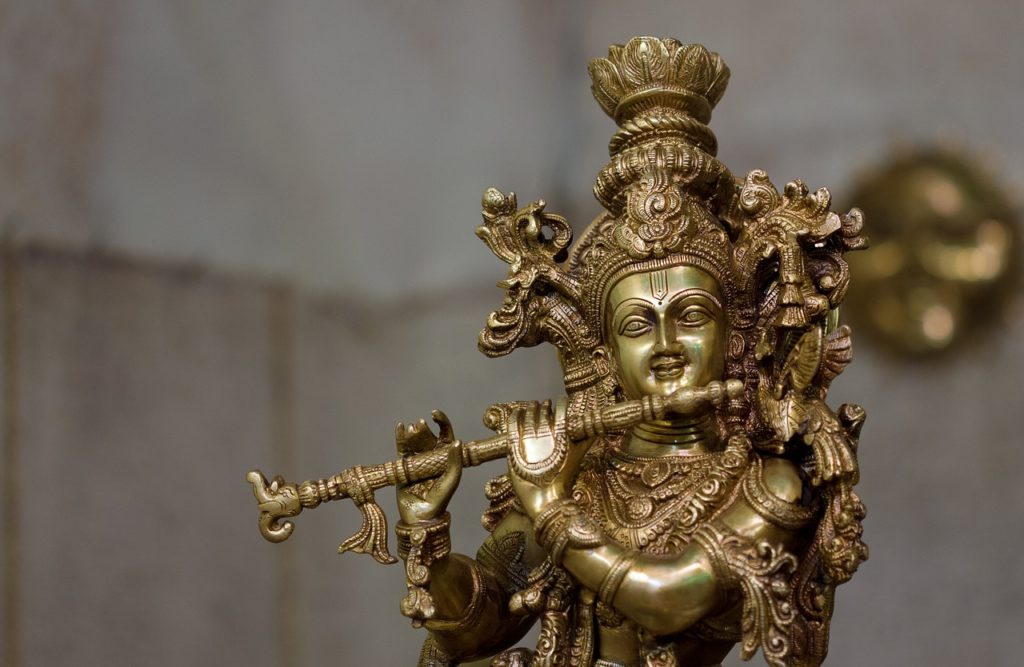 People celebrate Krishna Janmashtami with great devotion all around the globe. It is celebrated until midnight. This legendary day is celebrated by people keeping fasting and singing songs to Lord Krishna.

Temples dedicated to Lord Krishna are decorated in flowers. People gather together in the temples, chanting and dancing. Some sing ancient hymns and others pray. They offer flowers, coins and food. And the priest gives them prasad (offering).