In spite of the scorching heat, the Nepali community in Houston is ready for another summer of exciting soccer matches. The NAH cup 2016 officially kicked off today, and we couldn’t be happier to announce that FC Dead Runners is off to a flying start!

The Nepalese Association of Houston organizes the NAH cup every year to bring together soccer lovers and players alike, for an exciting tournament that becomes the talk of town every summer.

FC Dead Runners shined on their first match of the tournament with young players showing what they’re capable of. Sunny, Shishir, Pawan and Prabin showed a peek of their capability to carry this team all the way to the final. The brightest star, however, was veteran player Manish Bhandari, who scored a hat trick and was one of the leading scorers. 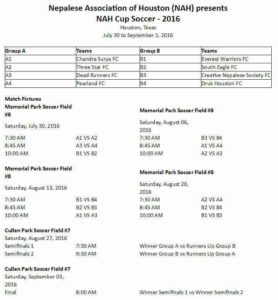 FC Dead Runners would like to extend a sincere thanks to supporters who support us on and off the field. Thanks to NAH for organizing the tournament year after year, and making soccer an integral part of the Houston Nepalese Community. Special thanks to Rising Junkiri for being our official sponsor this season.

Like and support us on facebook, and check back here for tournament news, schedules and lots of coverage from the field. 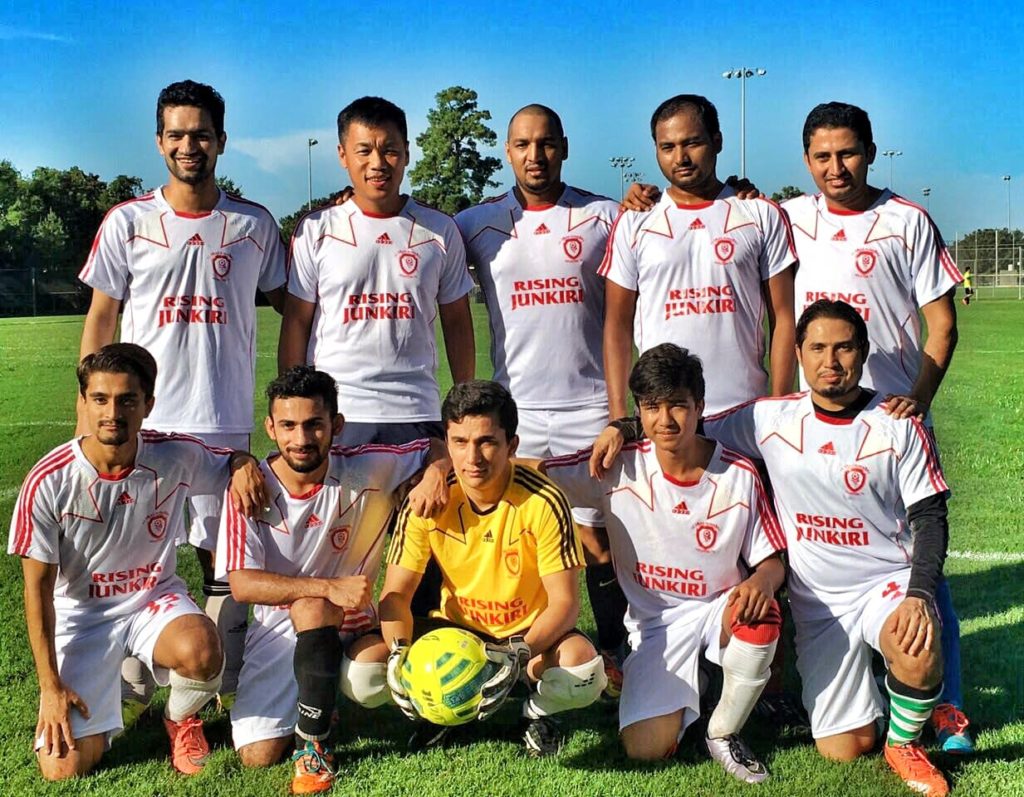