As we grow old, we are supposed to get wiser and better. But the virtues that make us better humans, like honesty, dignity and self-respect, fade when we grow old.

In the seventh line of the poem ‘The Rainbow’ also known as ‘My Heart Leaps Up’, William Wordsworth says ‘The child is the father of the man’. It has been famously interpreted as ‘the conduct of a child indicates what he will become when he grows up’. But I interpret the line as ‘The child is a source of learning for adults’. 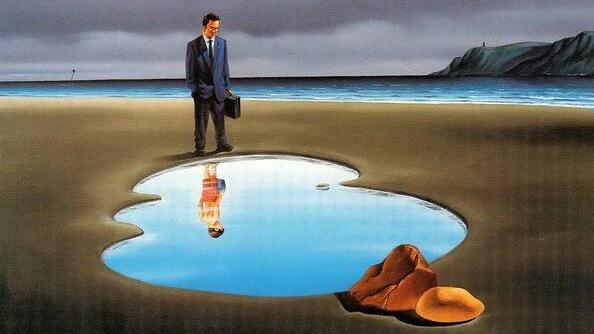 I specifically remember this incident. I had just changed the school and it was my first day at new school. But, neither my uniform was ready nor I had complete set of my textbooks. So there I was in casuals, with half set of textbooks, frightened to the bones as I marched towards my new school.

As expected, every period I introduced myself to the teachers and they asked me about my uniform and books. Time seemed to tick slow but, in the third period, this giant lady teacher (she was tall and bulky with high heels) entered the classroom. She was an English teacher and was quick to start her first lesson. It was a poem by late Indian poet Harindranath Chattopadhyay (though I forgot the name of the poem, I remember his name because it seemed funny to me at that time). She made us write the poem in our exercise books and asked us to memorize the poem by the next day.

The next day, when she asked if we had memorized the poem. There was a faint mixture of ‘yes’ and ‘no’ voices in the room. Without losing a single moment, she made us stand up one-by-one and asked us to recite the poem from our memory. Only some recited the poem as it was but many could not, including myself. And she then asked to justify why we did not memorize it properly. One came up with that excuse that he could not memorize it because he was yet to buy the textbooks. To which he added, even if he wanted to, he could not have memorized the poem. She asked if that was the reason for others as well. Many raised their hands but I did not, rather I could not.

Despite the reason that I too did not have the textbook, I did not raise my hand because we all had copied the poem the previous day in our exercise books. If we wanted, we could have memorized the poem, but we did not. Others deceived the teacher but I could not. I cursed myself for not memorizing the poem and was ready for the punishment.

The teacher asked me my reason of failure but I kept quiet. Had I told the teacher the truth, my friends who got away because of the lie would have been ridiculed. I felt like I deserved the punishment and there was no point dragging my friends along with me. I decided to be honest to myself.  Though I was ashamed of my failure, I was proud to what I did subsequently.

Sadly, as I write this today, I am no more the same kid. The paragons of virtue, I possessed then, have come downhill. Whenever I swim in the pools my memory, I meet myself from the past, and I can hardly look straight into those honest eyes.

Today, I am full of excuses, dishonesty and I lack dignity. From being that kid to this day, I have come a long way, read hundreds of books, experienced a lot, however, I have become this grown up who lacks dignity. I have a lot to learn from my young self, as far as his innocence, curiosity and honesty are concerned.

As we grow up we lose these qualities but we can still re-learn them from our own child-self, can we not?