Tiananmen Square Massacre 1989, is also famous as June fourth incident in mainland China. The Massacre that took place on June 4, 1989 was followed by a student-led demonstrate calling for democracy, free speech and a free press held at Tiananmen Square. The incident has been massively censored by Chinese media and also is known as ‘that time in 1989 China, when nothing happened’.

Many groups took part in this protest that lasted a total of  one month, two weeks and six days (from April 15-June 4, 1989). The death toll in this massacre was not recorded but it ranges from few hundred to tens of thousand. This piece of history was and still is so heavily censored in China that no Chinese journalists are allowed to make a report about it. And even after 30 years of the event, no textbook, website and historical asset of China contain information about it.

Tiananmen square is located in central Beijing, China. It was named after Tiananmen (Gate of Heavenly Peace) located on its north, separating it from the city known to be the forbidden city. Tiananmen Square was built in 1415 during the Ming dynasty in the 17th century. The war between Li Zicheng’s rebel forces and of Manchu-led Qing dynasty caused heavy damage, and even destroyed the Gate. Tiananmen Square was designed and built in 1651 AD. It has since been enlarged by four times its original size. 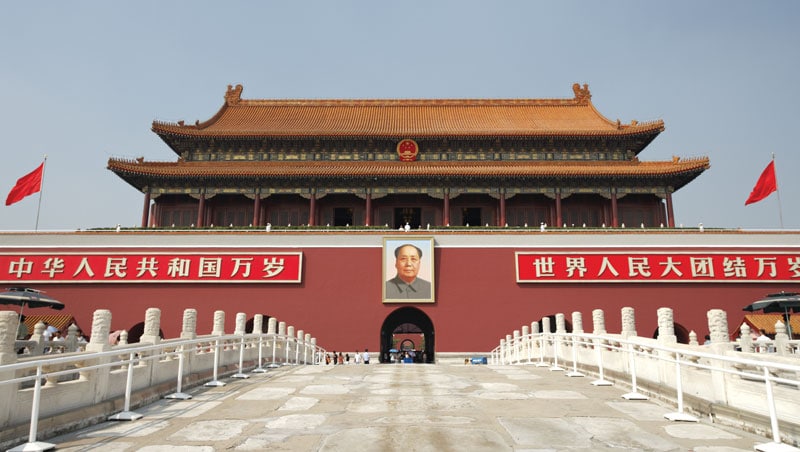 How did the Tiananmen Square Massacre 1989 unfold?

It all started with the death of a leader of Chinese communist party Hu Yaobang. Hu Yaobang was a very loved respectful person among the country men specially with the college students.

When Hu Yaobang died in April 15, 1989, people mourned for his death and started to march in his memory. But the memorial turned into a protest very quickly.

There are always two groups in every protest. Naturally, there were two sides in the protest too; the government side and the people side. The government side included the government itself, the armed forces, state council, people’s liberation army. While in the student’s side, there were  Beijing Students’ Autonomous Federation, Beijing Workers’ Autonomous Federation, University students, Factory workers, Beijing residents, democracy protesters, Reformists, Republic of China loyalists.

The protestors were halted in a bloody crackdown, dubbed today as the Tiananmen Square Massacre 1989, by the Chinese government. The massacre that started from 4th, lasted till the 5th of June.

But this was only the immediate cause of the massacre. The pent-up frustration from many rampant corruption , nepotism and inflation was there. Top leaders of China were doing nothing for their subjects. Instead, they were just using national funds and taxing people to complete their selfish desires. The then revolution in Europe also fueled this protest. It made Chinese people more conscious about their basic rights and about how they were being used and exploited.

Goals of the protest

The goal of the protest was to end wide-spread corruption that was being practiced by communist party. Apart from that, the students also wanted basic human rights like free speech, freedom of the press and other freedom related to basic information communication and journalism. This protest was also done in other to bring many other changes in China. For instance, to bring democracy and decentralize the power to public.

This protest was done by peaceful methods such as sit-ins, hunger strikes by occupying of the Square. The outcome was so huge that it changed China in many ways. Many great leaders were killed/ detained while civilians and protestors, who were blocking PLA armed forces, were shot. Many among them were wounded, killed while others were charged and executed under violent crimes. Meanwhile, many events such as enforcement of martial law by the then premier Li Peng in certain areas of Beijing.

After all this massacre, the protestors were charged and mass arrest was carried out. The leader was also changed and the Party leadership expelled Zhao Ziyang from the Politburo Standing Committee (PSC). He was succeeded by Jiang Zemin as the party General Secretary of Shanghai in 1989. 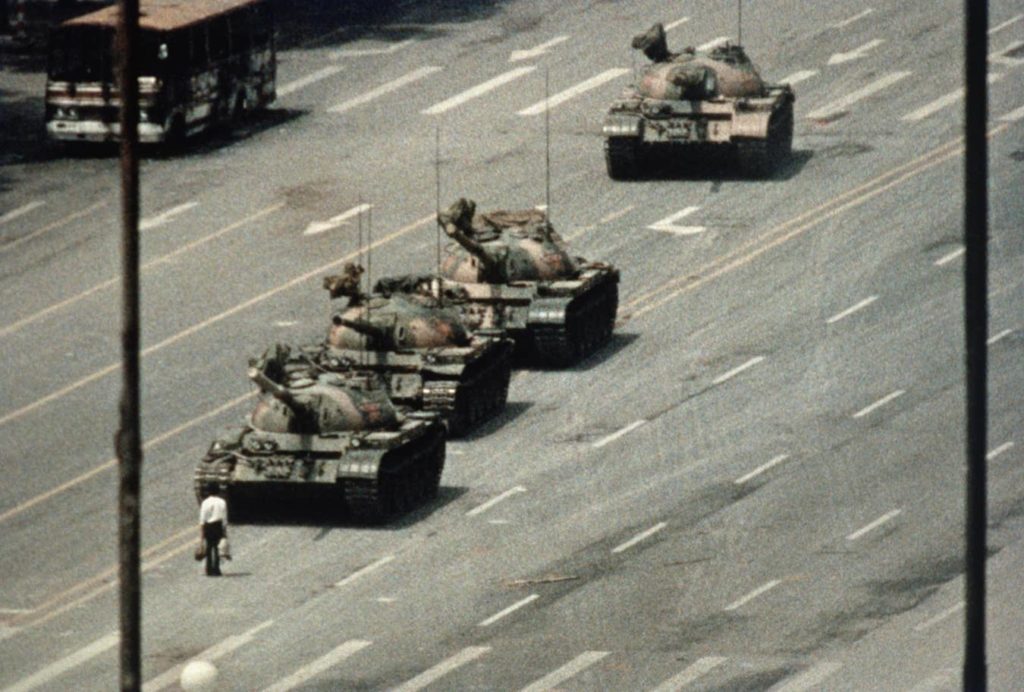 On June 5, 1989, a protester was seen standing alone in front of the columns of tanks which was leaving the Tiananmen square, a day after forcefully suppressing the protest. As the tank driver tried to go around him, the man moved into the tank’s path and continued to stand defiantly in front of the tanks for some time.

When the tanks stopped, the man then proceeded to climb up onto the turret of the lead tank and spoke to the soldiers inside the tank. He climbed down after his conversation and returned to his position in front of the tanks. But the man was pulled aside by some unknown people. However, his identity and whereabouts have never been confirmed till date.

The man was photographed and filmed. He is now famously known as ‘Tank Man’.