He was restless that day. He was not stopping anywhere nor talking to anybody for a longer time. He was totally blushed but nobody knew why? Only a few noticed him pulling his shorts down.

It was late June. The summer vacation was to start shortly. Schools were busy in taking terminal exams. Students seemed more interested for the vacation coming shortly than they seemed to be worried about their exams. Krishna studying in 6th grade too had an exam that day. It was a typical Friday for all but for him, he was still not sure.

He was seen in school on Friday after a long time. Though he was a regular student but had been missing his Friday classes since long. Sometimes he had problems with his white sneakers and sometimes with his white uniform. Other weekdays he never missed his classes. Being a student from a lower-middle-class family he was above average – not so bright and not so dull either. So was mostly overlooked in classes.

Today he was seen after a long time. Everybody was surprised to see him in the white uniform and they greeted him with a smile in their faces. He too reciprocated them in a similar manner. But as he noticed people’s eye going down he started doing something which nobody could understand: pulling his shorts down. 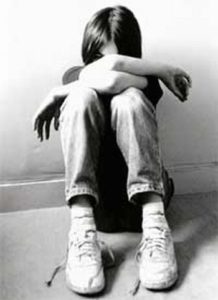 Once the school bell rang, he hurried to enter the exam hall. He took his seat in no time. But to his wonder, he saw a senior girl coming to sit next to him. He was totally red and pale this time. His dark complexion started turning into reddish-brown. His brows were raising high and he was having creases over his forehead. His hands went low doing their usual job; pulling shorts down (to cover his knees). He thought he would have better missed his exam.

He came to notice that the girl sitting next to him was taking a glance at him time and again. He tried his best not to talk to her. Don’t know how he managed to do that. He submitted his copy before any other could do and rushed out. He was not seen thereafter in school ground that day. Nor was he seen any other Friday with his short shorts.

Moral: You are not the centre of the universe and if you start thinking like that you will see urself as the cause of everything happening around you which would trouble you rather than helping you like it troubled the boy with short shorts.