The festival of Bakr-Eid also known as Eid-al-Adha (Id-ul-Zuha or Bakr-Id) is an auspicious festival celebrated by Muslims across the globe. It is one of the two Muslim annual holidays celebrated worldwide. Bakr-Eid falls on the 10th or 12th month of Dhul Hijjah (the last month of the lunar year), as per the Islamic calendar. It lasts for about three days. This festival is also dubbed as the ‘festival of sacrifice’. The Hajj pilgrimage also takes place at the same time which millions of people partake in every year.

It is believed that during our lifetime, we give up a number of things that are important to us, in the name of a bigger purpose. Similarly, the sacrificing of animals is a symbol of one’s willingness to sacrifice in order to stay true on our path and not be lured by earthly love and affection. In Nepal, this year, the event starts on August 10th and will end on August 12th.

Bakr-Eid is one of the biggest festivals celebrated in the Muslim community. It is celebrated in the honor of Ibrahim, who is the messenger of God in Islam. He was willing to sacrifice his own son as an act of respect towards God’s command. It is believed that when Ibrahim was ready to sacrifice his son, God stopped the sacrifice and replaced his child with a lamb and saved the child’s life. This event is marked in the Muslim calendar and celebrated as Eid al-Adha. Muslim community across the world celebrates the festival by sacrificing a male goat, honoring Ibrahim’s willingness to sacrifice.

The festival starts by offering morning prayers in Mosque. People exchange greetings and offer prayers to Allah at various mosques. According to tradition, Muslims sacrifice an animal for the ritual. The act is known as Udhiya which means “the sacrificed” in Arabic.

People wear new clothes and visit their families and relatives to offer wishes, share gifts and rejoice together. And people who cannot afford to sacrifice an entire halal animal, offer a sheep or a cow. While in some regions, a camel is also sacrificed. The sacrificed meat is divided into three parts which are distributed among the family, relatives and those in need. The act implies that no one is left without meat on the table during Eid al-Adha.

Diets for the Festival: 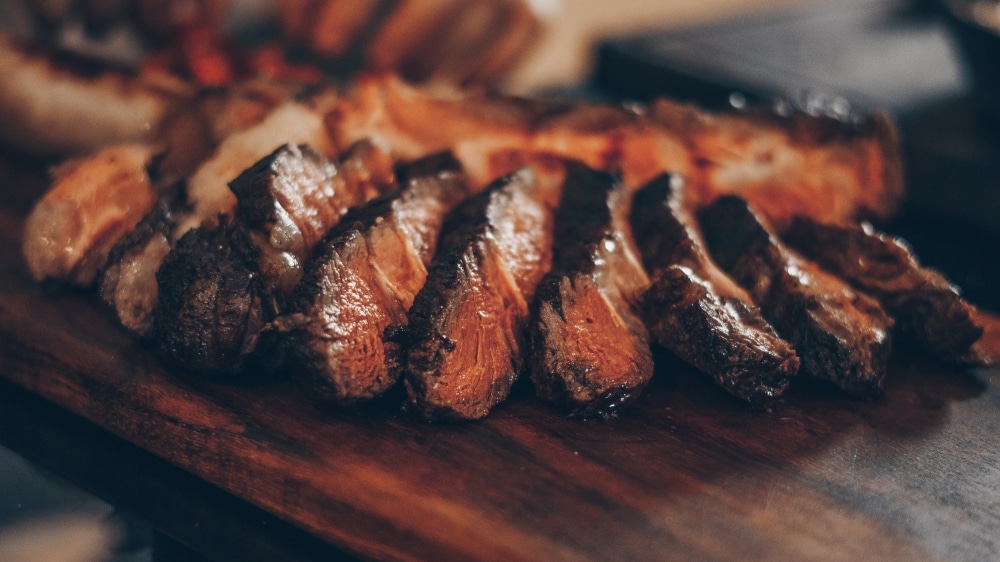 Eid al Adha is also “Salty Eid”. The food, eaten during this festival, mainly includes the animal which was sacrificed during the event. Famous dishes made in the festival include mutton biryani, mutton korma, mutton keema, bhuna kaleji among others. Arabian pastries or kheer called Ma’amoul are also served. Ma’amoul is famous during both the Eid festivals, as well as at night during the holy month of Ramadan. It is made using ingredients like dates and nuts and is often served in a ball or cookie shaped.