Halloween is upon us. And when we say Halloween, we remember many things like carved pumpkins, cosplay or costumes, ghosts stories. The spirit of Halloween has also entered Nepal. But if you are not that enthusiast to participate in all things Halloween yet still want to keep that Halloween spirit up, then watching sketchy, horror, dark-themed movies and series can be a way to do that. Here are some of the finest dark fantasy anime you can watch to quench your thirst for something dark, which goes perfectly with the current season. 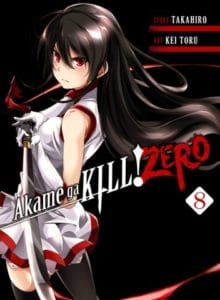 You must have seen many movies or animes about revolutions, where a group of people tries to overthrow a corrupted government or a ruler. Akame Ga Kill‘s main plot is also the same. The anime portrays a young boy, Tatsumi, who sets off on an adventure to save his poor village from poverty. He sees a city and, with high hopes, proceeds there. But he finds that the city is heavily corrupted.

There’s a plot twist and the anime shows the adventure of a notorious group of assassins, night raids, whose aim is to free the city from corruption. Throughout the series, the viewers can see what the assassins have to go through including the feeling of loss, despair, and death; with a blend of fantasy in the story.

And because it shows the underlying values and traits of the assassin, Akame Ga Kill earned its dark fantasy classification. And as murder is the main theme of any assassin based dark fantasy anime, this one is meant for a mature audience.

This anime series consists of 24 episodes and aired from July 2014 to December 2014.

The second dark fantasy anime is ‘Attack on Titan’: 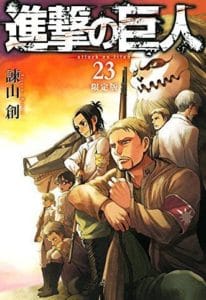 Attack on Titan takes place in an alternative historical time but this is not some historical tale of heroes and dragons. This series is a tale where humans live in fear of large humanoid creatures known as Titans. The series portrays a young boy, Eren Yaeger, who lives in a town called Shiganshina. This last remnant of society lives in fear of the Titans, as these monsters will not hesitate to consume them. After Eren witnesses his mother eaten by one of the Titans, he decides to join the Survey Corps, an army mobilized to kill titans. He decides to avenge his mother’s murder and free humanity from fear of titans, once and for all.

Attack on Titan is one of the most famous anime series and is an anime that never fails to shock its viewers with an amazing storyline and story development. It also has strong and amazing characters with progressive character developments. This is the anime that brought dark fantasy anime genre back from its grave. This series has a total of 3 seasons. It has a total of 49 episodes. the first season of the series was aired in April 2013 – September 2013. Whereas, 2nd and 3rd seasons on Jul 23, 2018, to Oct 15, 2018, and Jul 23, 2018, to Oct 15, 2018.

Last but not least is Goblin Slayer: 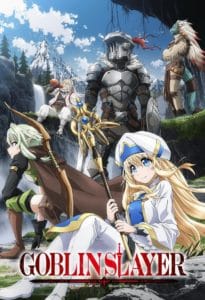 Goblin Slayer is one of the best dark fantasy anime series there is. This series portrays goblins as evil or mischievous beings who are villainous. Goblins tend to receive hate for their gruesome appearances and their evilness anyways. However, this anime takes hate for goblins to another level.

As the name suggests, his anime portrays the adventure of a goblin slayer, in a fantasy-themed story. This anime is one of the most gruesome anime series ever so it is recommended for a mature audience only and for those who are like series with extreme violence. The series consists of 59 episodes and came out on October 7, 2018.

I hope you liked this list of dark fantasy anime series to watch this Halloween season. If you have seen it or see it after this list, comment down below which anime is your favorite. See you next time!