Gai Jatra is the festival of cow. It is one of the most popular festivals in Nepal. This festival is mostly celebrated by Newari community of the Kathmndu Valley; Kathmandu, Bhaktapur, and Lalitpur. The festival falls on the first day of the waxing moon, usually during the Nepali month of Bhadra. The Newari community also refer to the festival as Saa Paaru. This festival is celebrated to commemorate the death of people during the year. 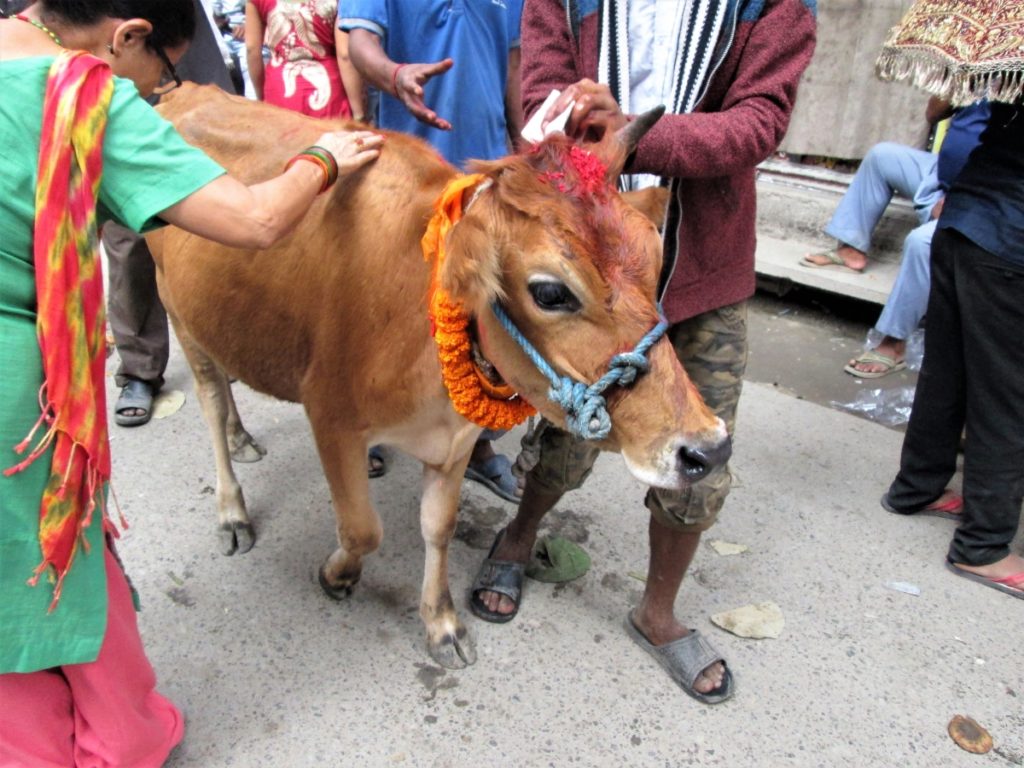 A cow being escorted and worshiped during a parade of Gai Jatra, in Kathmandu. Photo: Smriti Thapa

The modern-day Gai Jatra came into existence back in the medieval period of Nepal during the reign of Malla dynasty. It all started when King Pratap Malla lost his very young son. His wife, (the queen) was devastated after the incident and the King couldn’t see his Queen’s condition.

He tried millions of things to make Queen smile but, all went in vain. He also announced that if anyone who could make the queen laugh, they would be rewarded adequately. Many people came and tried their best, by dressing in different costumes and humorous acts. But no one succeeded.

King was desperate to see his Queen smile so he asked his subjects to organize a parade. In that parade, he asked one member of every family that had suffered a loss that same year to take part in it. He also ordered everyone to dress up in crazy costumes and drag a colorfully-decorated cow along behind them. Those who didn’t have a cow, they could dress like a cow.

This parade passed along the main gates of the Royal Palace, from where the King could show his Queen. He wanted to show her that she was not the only one who had lost a loved one. Since then, the day is remembered and celebrated as Gai Jatra. 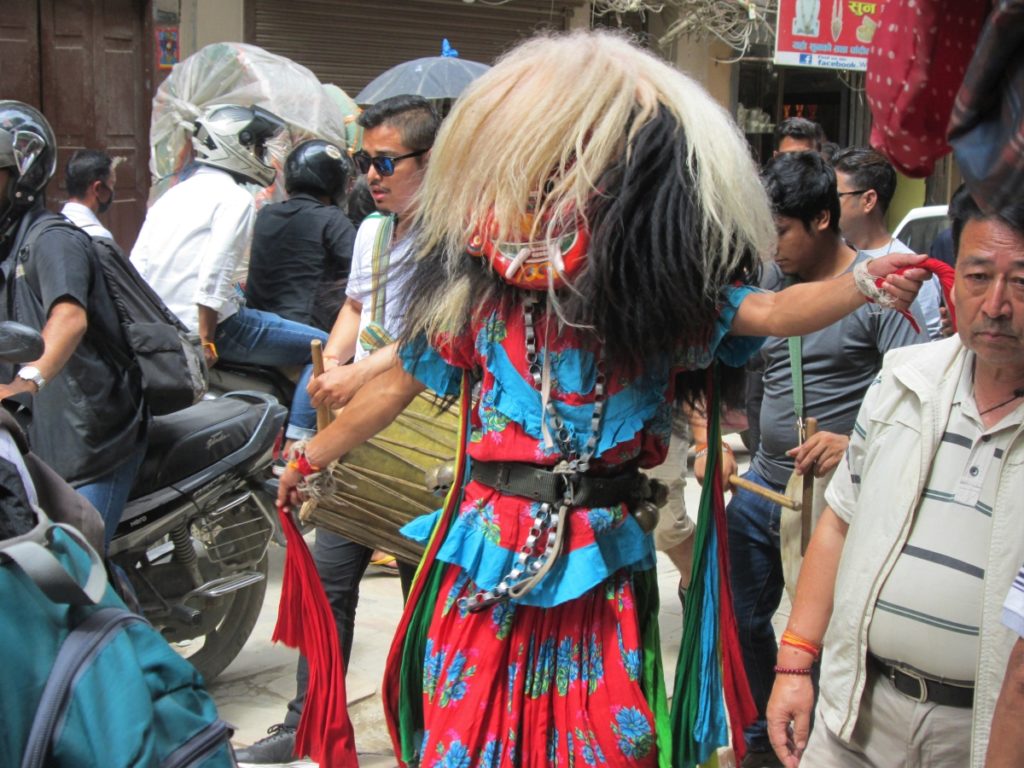 A man dressed as a lakhe or a monster seen in the parade, on Friday. Photo: Smriti Thapa

What happens that day?

On the day of Gai Jatra, the deceased family either bathe and decorate a cow, early in the morning. After that, people worship the cow and put tika on them before they take them out in the parade around the Valley.

For those who cannot bring cows, dresses young males of the family as a cow and participate in the parade. On this day, different cultural programs are conducted around the city and many nearby villages involve in the ceremonies.

Scores of people come out in the streets to give food, grains and money to those in the parade. Others flock to the street to watch the parade. 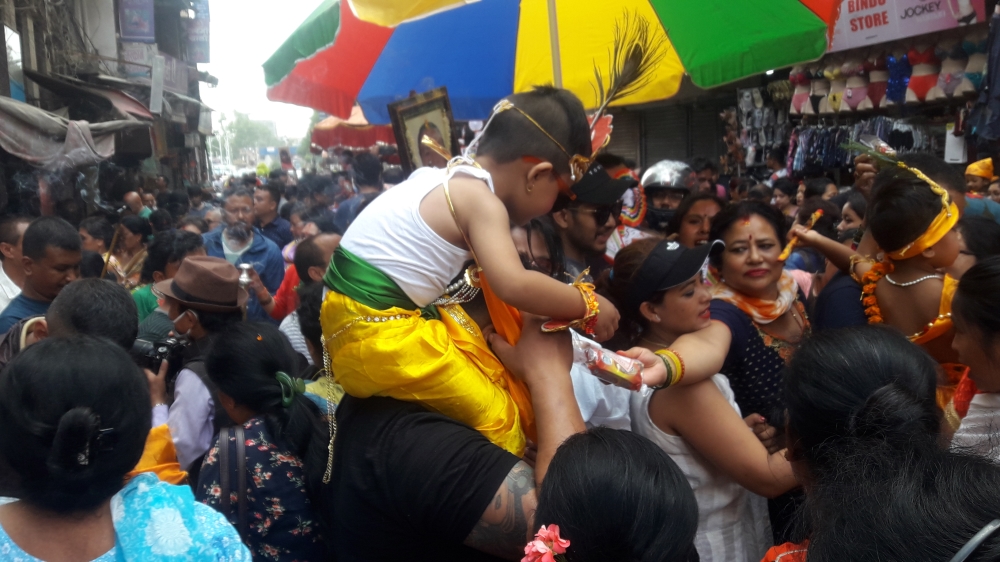 A crowd of people seen during the morning of Gai Jatra in Ason, on Friday. Photo: Nasana Bajracharya

Gai Jatra is mostly celebrated for the whole eight days, but the first and second days are the most important. The first day includes people marching around the city in the memory of their demised ones.

On the second day of Gai Jatra, people observe Matyaa (a typical Buddhist or Newari festival) in the people visit all 150 Vihars (all the monasteries) in sequential order. For this, people go around the city, and place lit butter lamps on the roadside throughout the journey, commemorating the dead.