India China Relations of Nepal: an Analysis by Dr. Shimkhada. what commonality do Nepalis have with the Chinese?  None.  What makes me say this?  Because we don’t speak the same language, we don’t use the same script, we don’t eat the same food (although occasionally we eat at a Chinese restaurant), we don’t wear the same clothing, and most of all, we don’t practice the same religion.

China, as a country and as a culture, is as ancient as the Indus-Saraswati civilization of Harappa and Mohenjo-Daro of India (that the name India had not been coined yet).  In comparison to South Asia, China has a greater number of revolutions and wars.  Throughout history, it has fought wars either for its own survival or for expansion.  To protect itself from outside attacks, the famous wall, one of the Seven Wonders of the World, was built over many centuries and can be seen from a satellite in space.  During its violent history, it has invaded its neighbors including Tibet to the south, Vietnam to the east, and central Asia to the west.

Granted that China has given monetary aid to Nepal and has even built the highway connecting Nepal and Tibet, but who has benefited more from this?  Chinese goods traveling by this road benefit China.  Other than transporting goods from China to Nepal, I don’t think Nepalis have used the Kodari highway as much as the Tribhuvan Rajpath built by the Indian government.  I have traveled on the Tribhuvan highway many times, but on the China-built Kodari Highway only once.

I have heard about the plan to build a bullet train between China and Nepal.  If it indeed were the case I see only the doom of Nepal.  Let me explain.  China doesn’t really have to send its troops to invade Nepal.  All it has to do is resettle 1% of its close to 2 billion people there gradually over a period of 50 years as it did in Tibet. 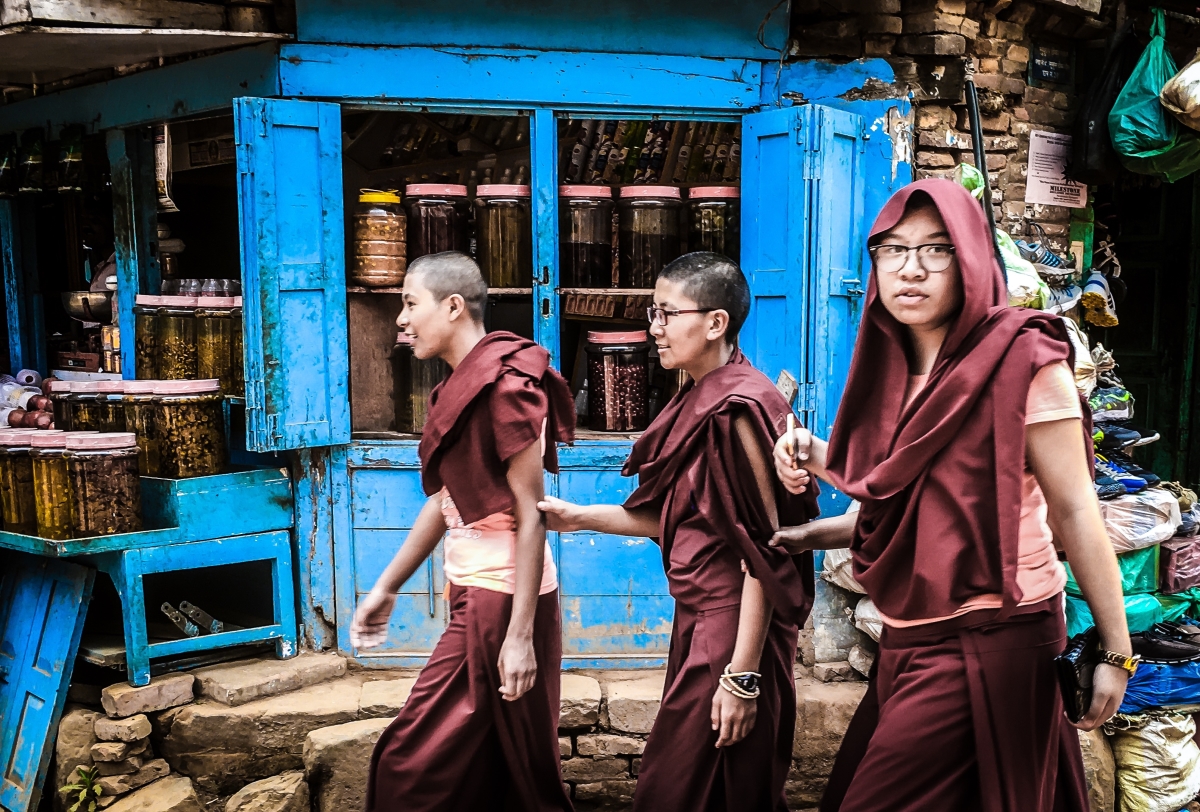 Tibetan Monk on Streets of Kathmandu

India China Relations: Frog In A Pot of Heating Water

I am reminded of the fable of the frog in a pot of heating water.  The frog doesn’t notice the heat slowly rising from beneath the pot until the water starts to boil.  When he realizes the water is very hot, then it is too late to bail out.  The frog eventually dies.  China could apply the same method as it successfully used in Tibet.  Nepalis are too naïve to notice the Chinese political strategy that might be simmering in the pot veiled as good gestures in the form of foreign aid, highways, and the proposed bullet train.  I hope the trucks with supplies standing at the border and the proposed bullet train are not wolves under the sheepskins.

Referring to the situation in Tibet, critics have pointed out that cultural assimilation by means of the government-sponsored migration of large numbers of Han Chinese into Autonomous Region of Tibet has resulted in Sinicization of the native Tibetans on an unpreceded scale, wiping out their ancient culture, language, and religion.

I have read and heard praises for the Chinese from some sectors of Nepali society on the eve of tension that recently erupted between Nepal and India.  The escalation of tension between Nepal and India seems to have started with the news that India has demanded an amendment to the newly promulgated constitution of Nepal. The public emotion of interference in Nepal’s internal affairs by its neighbor is very high. But the situation seems to have been manipulated by the media.  We really don’t know the real truth behind the tension other than what we have seen or read in the digital media.  The denunciation of the Indian government, without adequate facts, by the Nepalis living in and outside Nepal, has turned ugly.

Let us assume for a moment that India, for its own security and personal reasons, has proposed seven amendments to Nepal’s constitution.  What’s the big deal?  Every time the ratification of a peace treaty comes up, for example, the Sugauli Treaty, Nepal too proposed (or demanded, as the media have been using the term to describe the Indian proposal) to the East India Company.  But of course, the British rejected them.  The Indian seven-point proposal is just a proposal, and if we don’t like it we don’t have to take it.  As I said in my earlier post, all we have to do is say, “Thank you, but no thanks.”  End of case. 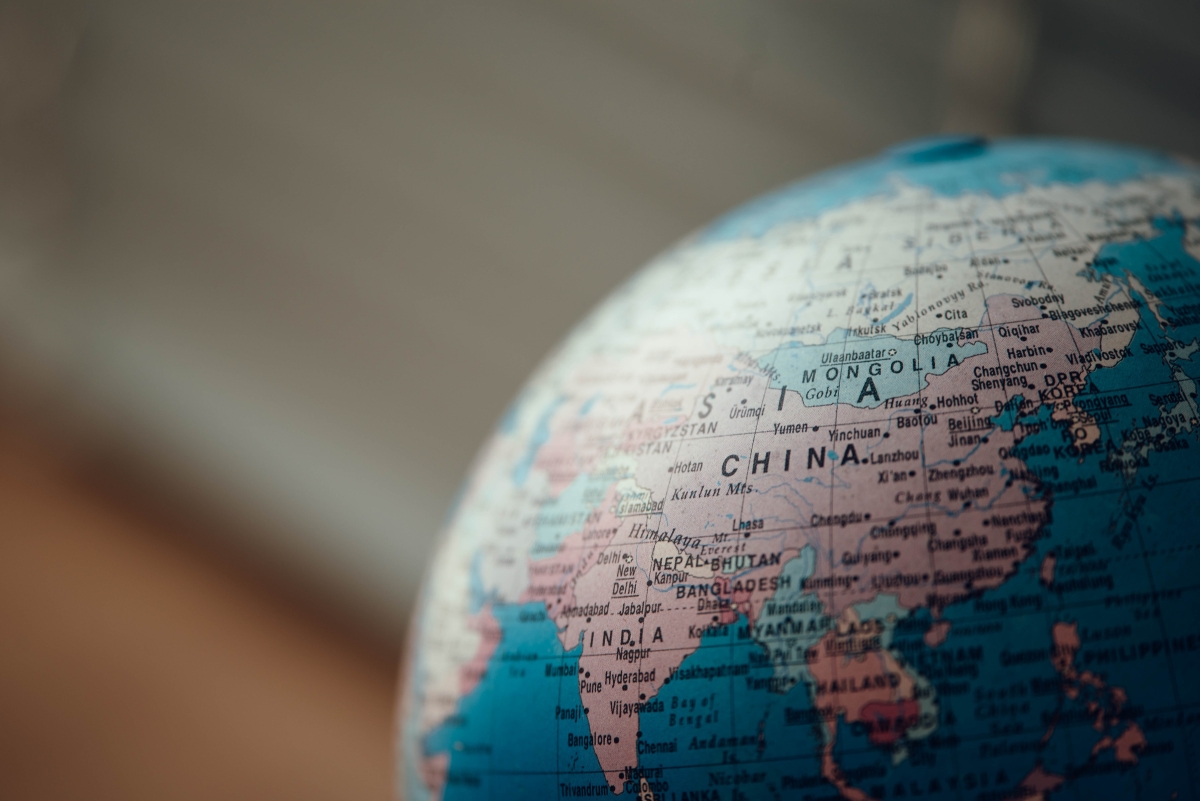 A lot of Nepalis who haven’t read Nepal’s history believe that the Chinese government is very nice—helpful, kind and neighborly. However, looking back the picture isn’t pretty.  For example, in 1788 Nepal fought with Tibet, then under the administrative rule of the Qing Dynasty, over a trade dispute.  Tibet had accused Nepal of minting low-quality coins.  At first, the Nepali armies were successful in subduing the Tibetans.  But later the imperial Chinese armies consisting of Manchus and Mongols drove the Nepali armies back and forced them to sign a peace treaty in 1792 requiring Nepal to pay a tribute to the emperor every five years.

Paying tribute to the Qing emperor meant that Nepal had accepted China’s suzerainty. In return, China promised to provide Nepal with protection from outside attack or interference.  But China never kept its promise.  For example, when Nepal attacked Sikkim, then a British protectorate, the British responded with military force.  As Nepal was simultaneously engaged in wars with the Chinese in Nuwakot, and with the British in Sugauli, Gorkhalis began to lose to the British.  Nepal sought help from China.  But China didn’t respond.  This speaks volume about the Sino-Nepali friendship.  Nepali political pundits might say “that was then and this is now.”  That is true, but the mindset doesn’t change.  The imperialistic attitude and world domination are ingrained in the blood.  That is why the U.S. is wary of China.  And if we are wise, Nepal should be too.

A Chinese historian once told me that China’s policy always has been to “be friends with faraway power, and dominate the neighboring countries.” If you take his statement seriously, we can see why China has either introduced its neighbors to its ideology, i.e. Communism, or simply added its neighbor to its territory.  If Nepal’s present honeymoon with China continues, Nepal one day would be an autonomous state of China like Tibet.  There is no question about it.  Prachanda has already sown the seeds of Communism in the soils of Nepal; we are just waiting to see the trees bear fruits.

If we care to examine Nepal’s history (I am not even speaking of the ancient and medieval history of Nepal), Nepal has always sought help from India in matters of internal politics starting from bringing democracy from the clutches of the Rana autocracy.  Did not the Indian embassy in Kathmandu provide safe passage to King Tribhuvan to India when the revolution to topple the Rana regime was underway in the capital?  The Congress party of Nepal, led by B.P. Koirala, also grew out of India.  The list goes on…

Why do Leaders of Nepal Visit India?

When the leaders of Nepal need help they beg India, and when India proposes a few amendments, we become offended to the extent that we are willing to wage war against India.  What kind of neighbor are we?  The relationship between neighbors is based on mutual respect.  Have we ever returned the favor to India, except hurdling curses?  One-way relationships never last.  If we seek respect we must learn to respect others.  Since we Nepalis love the Chinese, allow me to quote Confucius, “Never impose on others what you would not choose for yourself.”  Are we following his sage advice?  I can quote much such sage advice from within our own traditions of Hinduism and Buddhism if you care to follow them.

Dharma can be summarized in a few words.  That which is unfavorable to us, do not do that to others. (Padmapurana).  In the Mahabharata, Vidur advice King Yudhishthira, “treat others as you treat yourself.”

What did Buddha have to say about this topic?  Here is one of many teachings of the Buddha, “Hurt not others in ways that you yourself would find hurtful.”  Many of us have wasted our time and energy trying to prove that Buddha was born in Nepal.  Why don’t we practice his teaching instead of playing politics?  We would do a great honor and service to the Buddha if the Nepalis became peaceful, compassionate, forgiving and believing in ahimsa.  Then Buddha would be ours, and Nepal will shine like a bright star in the sky.

When I say Nepalis are selfish, narrow-minded and hypocrites, I get hate mail.  This is the truth, and the truth is bitter.  Please look at yourself in the mirror and try to understand the world in which we live.  Buddha had understood when he taught the principle of Pratītyasamutpāda, dependent arising. According to this principle, everything is connected and everything has a dependent coexistence.  So let us consider our environment and our neighbor if we want to live in peace and harmony.