I was traveling by bus. It was crowded. Many people were standing. Among then, I was one. When the bus reached Samakhusi, one seat became vacant. A woman, probably in her mid-40s, was standing and she forced her grown son to have the seat instead of taking seat herself. And without protest, the son took the seat.

Her age did not co-operate with her to stand still her grown and energetic son took the seat. One of the passenger stated “it is better for the mother to sit, not the son”. However, the mother did not agree and offered the seat to her son.

I then realized modern parents were quite different. They love their children very much, probably more than needed. Mothers, like the woman that day, overlook their own physical wounds or anxieties for the comfort of their children. Consequently, children tend to perform degraded and unethical acts which result in chaos and skepticism in society.

There needs to be a balance in relationship between children and their parents. Children before used to respect their parents more than God. And if children ever complained of anyone mocking, scolding or beating them, parents would first curse their own children instead of other’s; that was their way to make sure children did not go out of track. At present though, parents fulfill whatever their children demand for.

This begins from the very early age. Even the five-year-olds demand for electronic gadgets like iPad, iPhone, laptop to watch cartoon and play games. Modern parents have started evaluating the children and their knowledge in terms of all the gadgets they use. 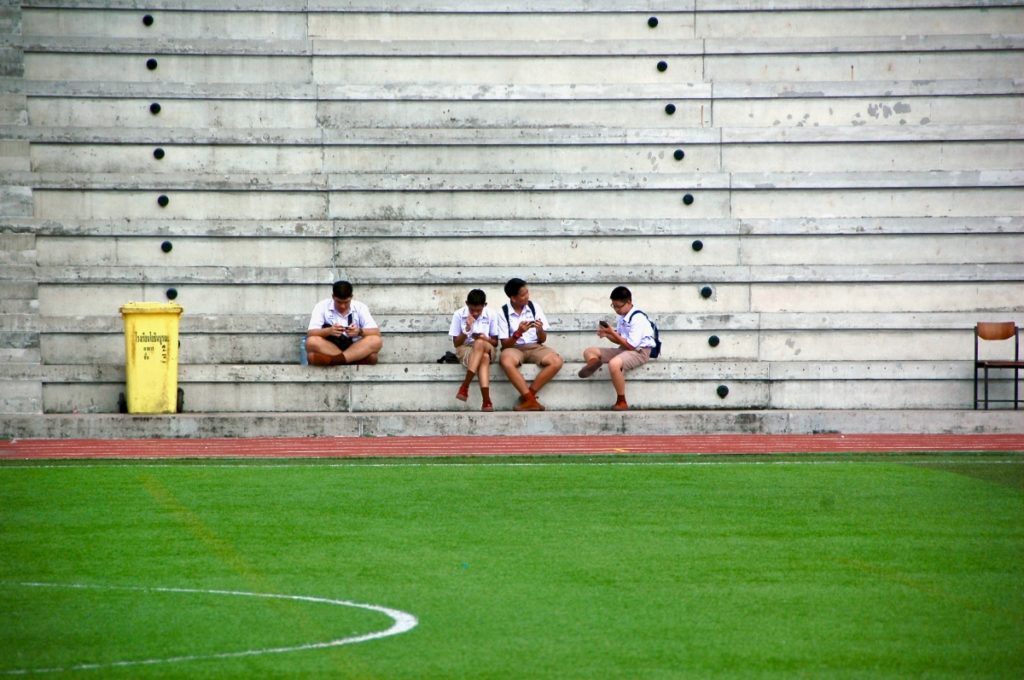 The children of today are very expensive too. Modern parents prefer to enroll their children at expensive school even though they cannot afford it. If they recruit them at cheap school, they assume their prestige or reputation degrade in the society. Some even take loans or engage in unethical acts just for their children’s education. But these schools neither guarantee qualitative education nor assure security of the children’s careers. It clearly depends upon the children; on how they utilize the opportunity and what they achieve.

This unhealthy trend is a result of the heavy competition for employment opportunities that has increased in market. As even people with Master’s degree do not have the appropriate job description, it has led the parents to invest more money on expensive schools to secure their careers.

Once, I visited a police station to report my lost mobile phone. There I saw a 19-year-old boy behind bars for stealing some goods from a shop, along with money and a mobile. His parents were there too and were asking clarification from the police for arresting their ‘kid’. Police, in confusion, they had not arrested any kid. Finally, when they uttered their child’s name, the polices burst into laughter hearing them refer a 19-year-old as a ‘kid’.

The police then explained what their ‘kid’ that done. “He robbed three shops and we got three complaints against him,” the policeman said. However, the parents refused to believe them and argued with the police, defending their son. In fact, they started blaming his friends for whatever happened but never accepted that their son was the one at fault. They even demanded the police to release their son claiming they had ‘high-profile contacts’.

I was astonished observing the parents. I was expecting the parents would scold their son and request police to imprison him for days under their surveillance. However, they were clearly in denial. Later, the boy confessed his crimes in front of everyone, and police decided to put him behind the bars for a month. Even then, the mother was complaining about how he would sleep and survive behind the bars.

The modern day parents somehow always perceive their children, no matter how old, as toddler-innocent and pure. Parents should support their children, but not blindly. They will only encourage children to continue their immoral acts, sans the fear of punishment.

In this sense, modern parents might be respecting their children or their wishes, but do their children reciprocate the same respect? What is the future of these children who are surrounded by gadgets from such a young age?

Parents of modern time are literate. They should be able to differentiate where their children are headed, what will their future be like. They should teach them about humanity, decency, culture, respect and tolerance. Only then, we can hope for a betterment society.