Yomari Punhi is an annual Newari festival that marks the end of the rice harvest in the Newari culture. The festival is actually a four-day long celebration but many only observe Yomari Punhi. According to the lunar calendar, Yomari Punhi (Purnima) falls on the full-moon day, under the month of Mangshir (December/January). On the day, they make and yomari with different fillings, in different shapes and sizes.

Yomari (or Yamari) is a derivative of two Newari words, “yah” which means “something you like” and “mari” meaning “a kind of bread or delicacy”. It is a steamed dumpling with an outside layer of rice flour dough and a filling of some sweet. They have a cone-like shape at the bottom with a crown-like shape at the top.

But people can experiment and give any shape they want. And though molasses was the original fillings, people also use meat, khuwa, lentils, chocolate, etc. inside them. Likewise, yomaris are originally, and mostly, white in color.  But nowadays you can also find rainbow yomari. You just have to put food coloring into the dough mix. 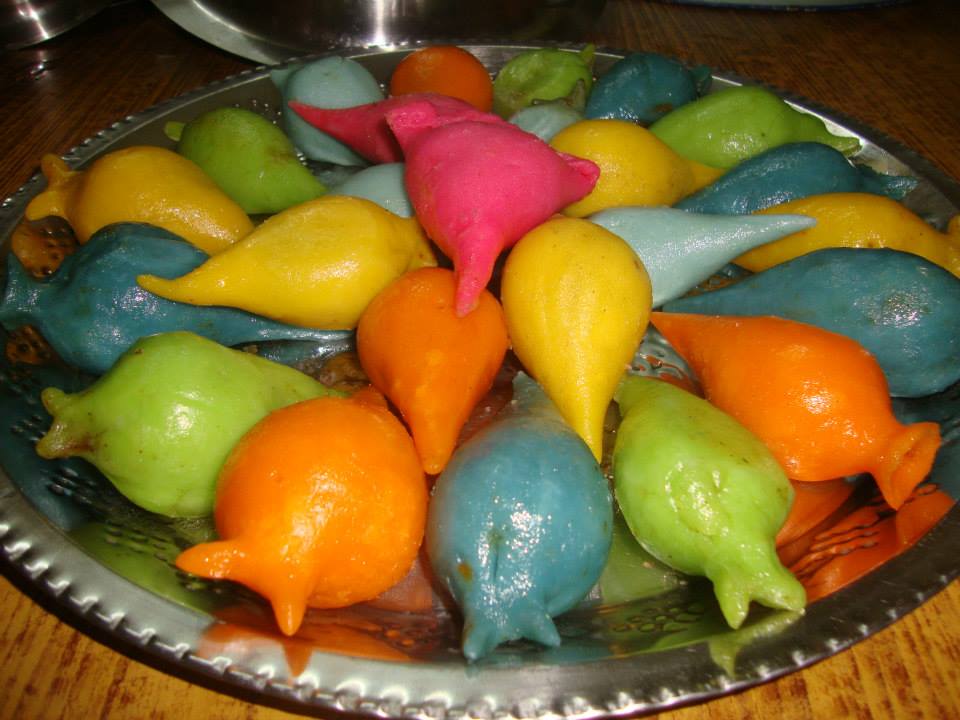 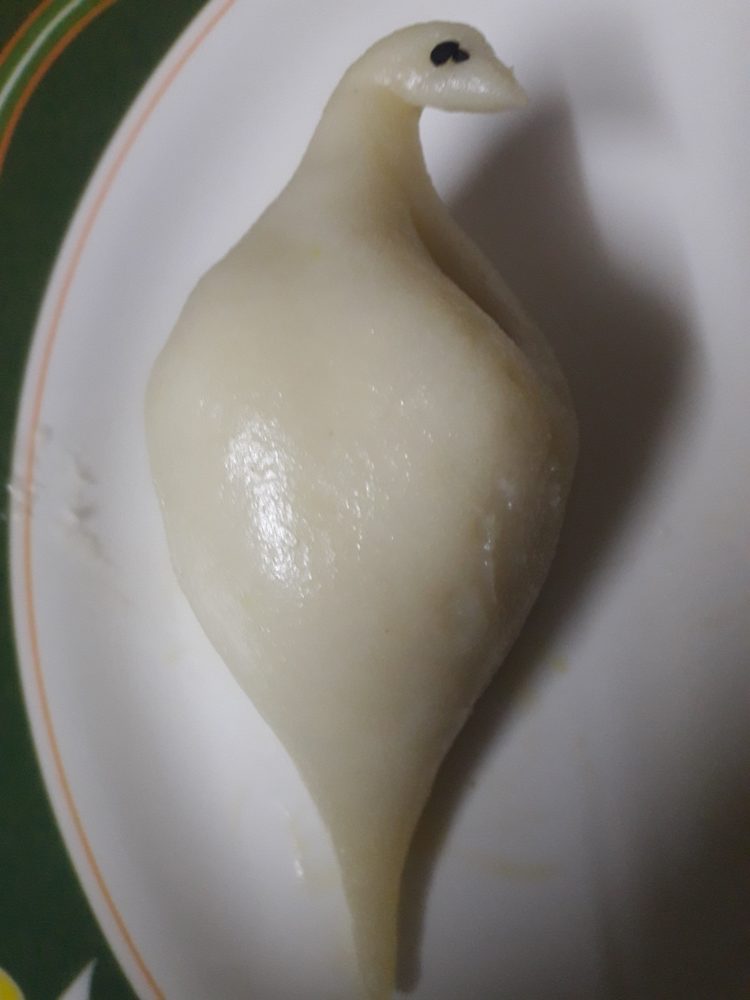 It is an important delicacy in the Newari community and a key part of the festival that is Yomari Punhi. Since the festival is observed during winter, eating yomari gives heat to the body and helps fight cold.

While the origin of the food is not known for sure, Yomari Punhi is said to have started from Panauti. According to one myth, a married couple Suchandra and Krita experimented with fresh yield of rice from their field. After some tries, it took a shape of yomari, as famous today.

They offered the sweet delicacy to Lord Kuber, the god of wealth. Kuber–who was walking in disguise–liked the dish, disclosed his identity and blessed the couple with wealth. Kuber declared one who prepares yomari, in forms of gods and goddesses and observes the four day-festival, will not remain poor.

Yomari Punhi is a four-day celebration. People worship different gods and goddesses and visit temples. A big celebration can be witnessed at Dhaneshwar Mahadev temple in Banepa.

In the festival of Yomari Punhi, women of the Newari community gather around for the making process of yomari, in different shapes and sizes with different fillings. They mix rice flour with hot water, wrap the dough in a clean cloth, and leave it to cool. Once it is cool, they take a ball of dough and roll on their palms. In a way that the dough first takes a cylindrical shape and then to a cone. On top, they push a hole then press and guide their finger to roll and gradually form a hollow shell. Finally, they put the fillings (half-way or so) and close the top off and give a desired shape to the crown. 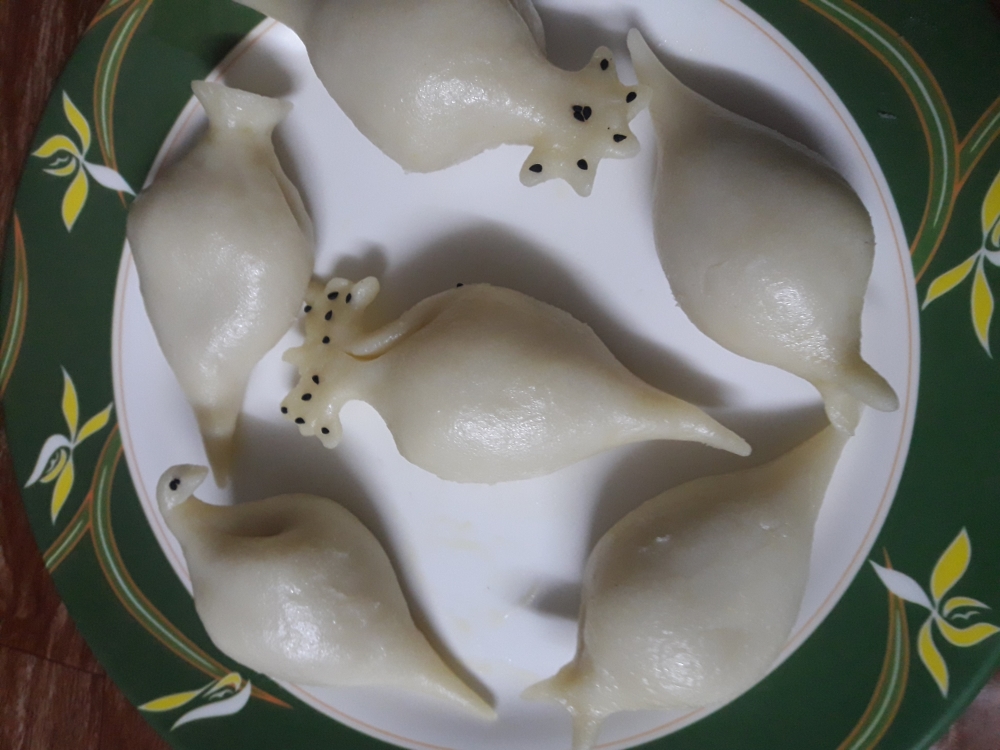 Yomaris mostly have molasses (chaaku) as their fillings; the original flavor. Here, bits of molasses are melted and mixed with sesame seeds, some even add sugar, coconut powders and spices. Same with khuwa and chocolate fillings. For meat, lentils, and vegetables, one can make different mixtures. The stuffing with molasses and sesame seeds is regarded as the almighty God. The meat stuffing is assumed as Lord Ganesh, one with black lentils is regarded as God Kumar.

People of the Kathmandu Valley also worship Annapurna, the Goddess of Grains, on this day. Kids, on the day, go around the neighborhood and request yomaris (yomari fonegu) in the evening. Not only that, other sacred, masked dances are performed as well, especially in the villages of Harisiddhi and Thecho at the southern end of the Kathmandu Valley. Face paintings are also done by the women of this community as a part of deity.