All the Hindu Nepali around the world is in the midst of the celebration of the festive season to which Dashain has been celebrated, which is the biggest festival in Hinduism. Hinduism is followed by a large population of Nepal followed by Buddhism, Islam, and Christianity. Having many religions in a country brings many festivals with it. So when Eid is over its time to celebrate Dashain, then Nepali Tihar comes along and when it’s over, it’s time for Christmas.

Being in the midst of the festive season and as Dashain has been celebrated already, Tihar is around the corner. Many of us know the significance of Nepali Tihar yet there are many who do not so let’s give few minutes of our lives to find out what the true meaning of Tihar and why should we celebrate Tihar to the fullest.

Tihar is celebrated in Nepal and in India where it is called Deepawali which is 5 days long celebration. Tihar is the second biggest festival of Nepal after Dashain. It is the festival where the contribution of animals like cows, and dogs in a human’s life. It is remembered, cherished and celebrated also shows the intimate relationship with animals and humans.

According to the Vikram Samvat, the festival Tihar begins with Kaag Tihar in Trayodashi of Kartik Krishna Paksha and ends with Bhai Tika in Dwitiya of Kartik Sukla Paksha every year. The first day of Nepali Tihar is celebrated by Kaag Tihar, Kaag means crow in English. On this day crow is worshipped with various delicious food. According to the religious belief in Nepal, crow regards as a messenger of Yamraj (the god of death). People worship crow to bring good luck to their house.

Kukur Tihar is celebrated on the 2nd day of Tihar, Kukur means dog in English. On this day, dogs are worshipped by Tika, garlands and delicious food. The main purpose of this day is to celebrate the relationship between dogs and humans. As we all dogs are one of the closest animals to humans and even consider to be the best friend of humans. As mentioned in the Mahabharata, gods also owned dogs, Lord Shiva had a dog as a Vahan (vehicle). Yamaraj owned two dogs with every four eyes who are said to watch over the dates of Naraka meaning Hell in English. 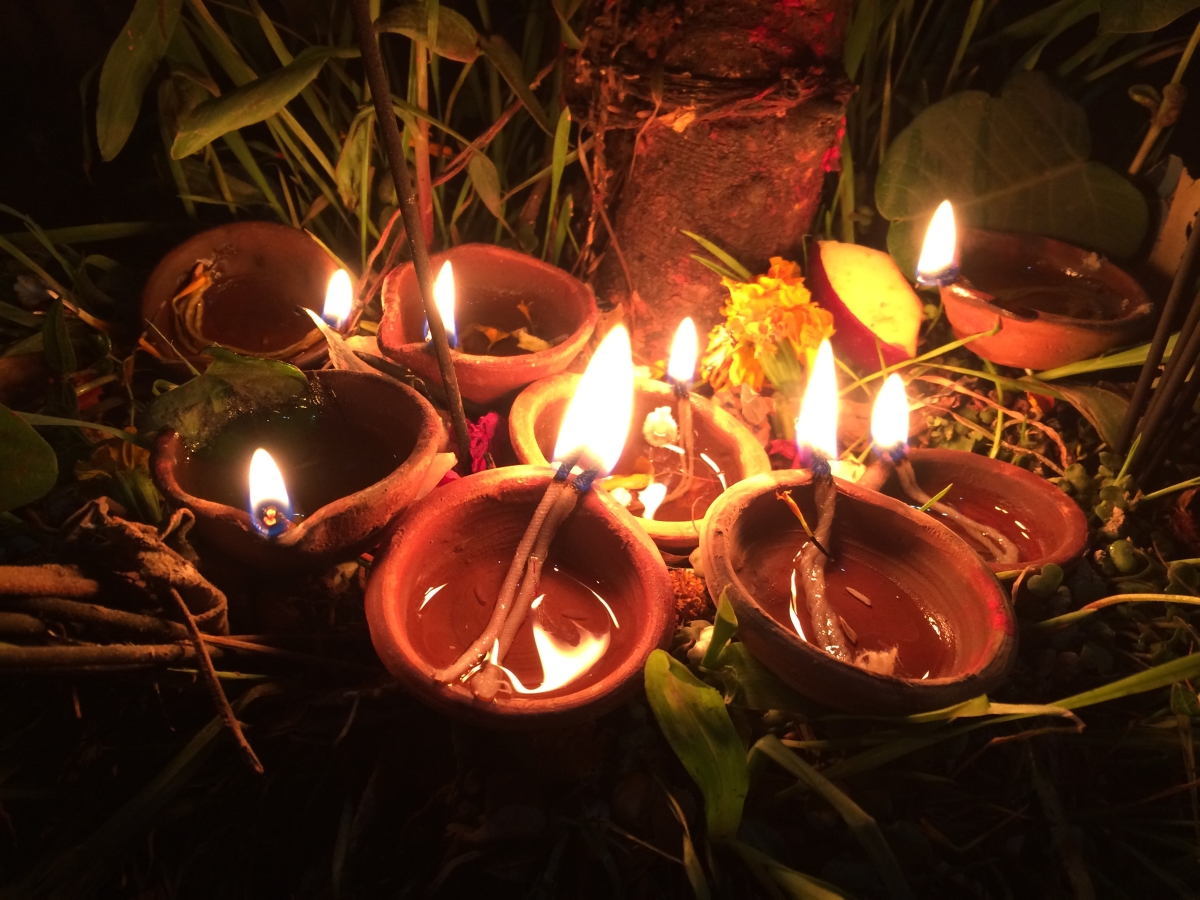 In the third day of Nepali Tihar, Hindus celebrated by worshipping Gai (cow) in the morning since in Hinduism cow signifies prosperity and wealth. The cow has always been a source of income and means for survival so to celebrate this relationship Gai Tihar is celebrated in the morning of the 3rd day of Tihar and in the evening Laxmi Puja is done.

The goddess of wealth is thanked for her blessing bestowed in the family and prayed to the continuation of the blessings. In the mode of worshipping goddess Laxmi the house is cleaned, decorated by marigold flowers, making Rangoli and by lighting oil lamps (Diyo) inside and outside of the house along doorways to welcome prosperity and well beings.

The 2nd last day of Tihar is celebrated by performing 3 different Pujas depending on the people’s cultural background. Mainly ox is worshipped on this day by giving various food which is known had Goru Tihar. People who follow Vaishnavism perform Govardhan Puja, which is worship towards Govardhan Mountain by taking cow dung to the representative of the mountain and is worshipped. In the majority of Newar community on the night, Mha Puja (worshipping of self) is done. On this day it is believed as the beginning of the new Nepal Sambat calendar year. 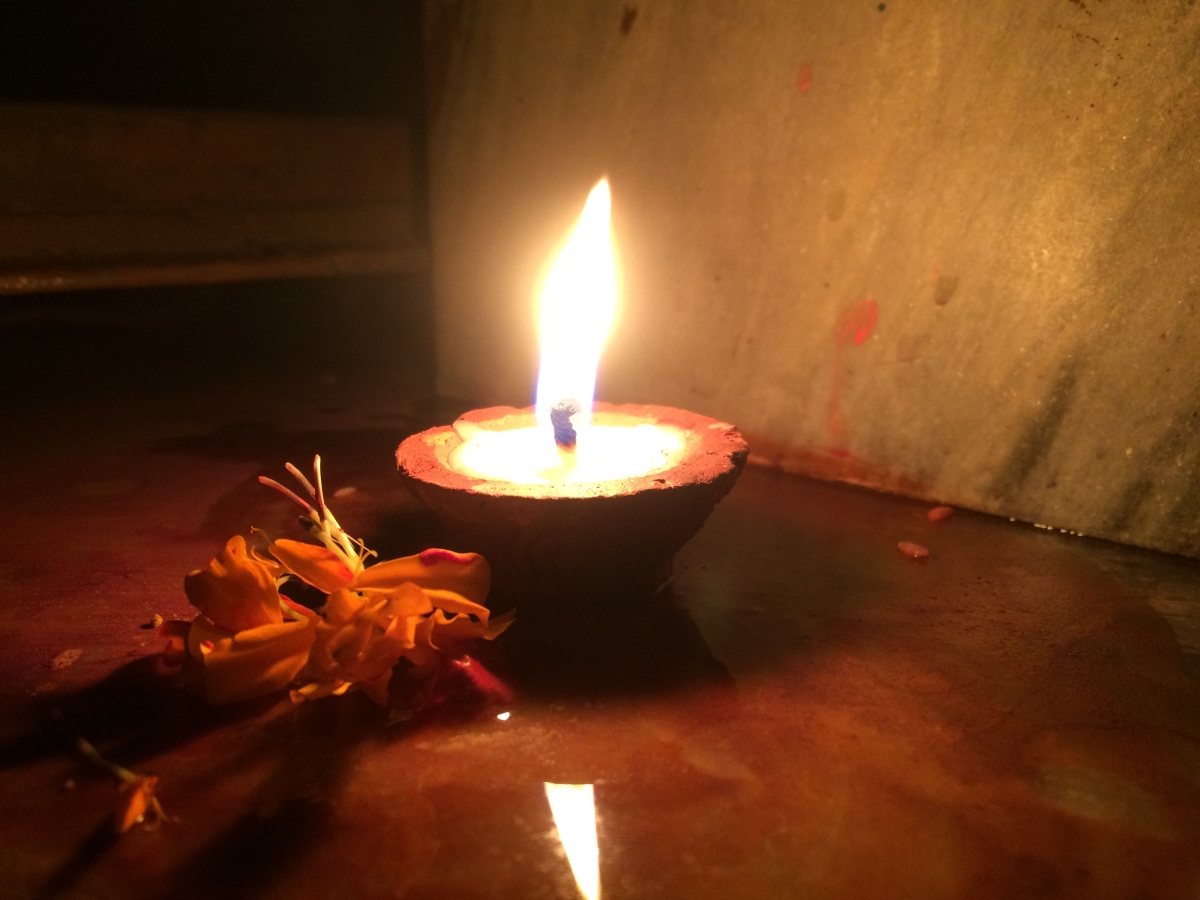 Bhai Tika is the last day of Tihar, Bhai means brother in English. This day is solely to celebrate the relationship between brother and sister. It is believed that on this day Yamaraj the God of Death visited his sister, goddess Yamuna. She applied auspicious tika on his forehead, garlanded him and fed him special dishes along they spend some quality time by talking, enjoying and eating sweets.

While parting Yamaraj gave his sister a special gift as a token of love and in the same way the Yamuna gave his brother a special gift made by her own hands. That day Yamaraj announced that anyone who receives tika from his sister will never die on that day. Therefore, Bhai Tika is a special event between brothers and sister. Sisters worship her brothers by worshiping, applying tika, garlands and by giving delicious food along exchanging gifts with each other.

In the celebration of Tihar, from 3rd day Deusi and Bhailo perform boys and girls. On the day Laxmi Puja Bhailo performs by girls by dancing and singing. Deusi is performed by the boys in similar ways. But, Modern days both gender enjoys Bhailo & Deuso together. Tihar is the festival of celebration of the relationship between humans and animals, where lighting, crackers, and delicious foods are part of. Sel roti is which made of rice flour, sugar is one of the main food in Tihar. Tihar is among few of the festivals where every people from any religion can come together celebrate and have a good time.