First of the spooky horror stories is ‘Lady in the tree’:

It occurred a long time ago. I was around 6 or 7 and was living with my grandma. She had a huge oak tree in her backyard. The tree was grey-ash in color and its bark had stripes, but the weird thing about this tree was that it never had any leaves on it. And I felt as if its branches were always looming over me; it seemed to be dark, even on a bright and sunny day.

One evening I was bored and was playing outside. I took a rope and hanged it in one of the branches and started to swing on it. My grandma was inside, doing her dishes. She could see me through the window; she had a direct view of me from it. Whenever I would swing, the branches would make a squeaked noise as if it would break any moment but it was pretty sturdy.

I brushed it off and started to swing again when suddenly I felt like someone was watching me from above. I was so scared to look up so I looked at my grandma to see if she was still there. But when I looked at her, She had a terrifying look at her face and was looking above me. Her look gave me chills and I couldn’t move. Then I heard a creaking noise above me like something was swinging back and forth slowly.

I was completely frozen, how could it be me? I almost started crying when my grandmother came rushing outside and quickly shielded me from seeing that thing. We went inside, and I looked over my grandma, she was more freaked out than I was.

After the incident, we moved from that house and a few months later the tree was cut down. Grandma refused to say what happened during that moment but when she told me it was it the most terrifying thing I had ever heard. “There was a woman hanging from her neck and body all twisted. But she wasn’t dead but had a look of it in her eyes. She was fixated on you and was struggling to reach you. When I got to  you, she started choking on her own blood.” After I heard that I was glad that my grandma protected me from seeing it.

I did some research about the tree and found out that a couple lived there before us. The husband used to beat his wife and killed her by snapping her neck. He hung her on the tree to make it look like a suicide. It seems he wasn’t in his right of mind.

The second spooky horror story is ‘The Day After The Scary Night’: 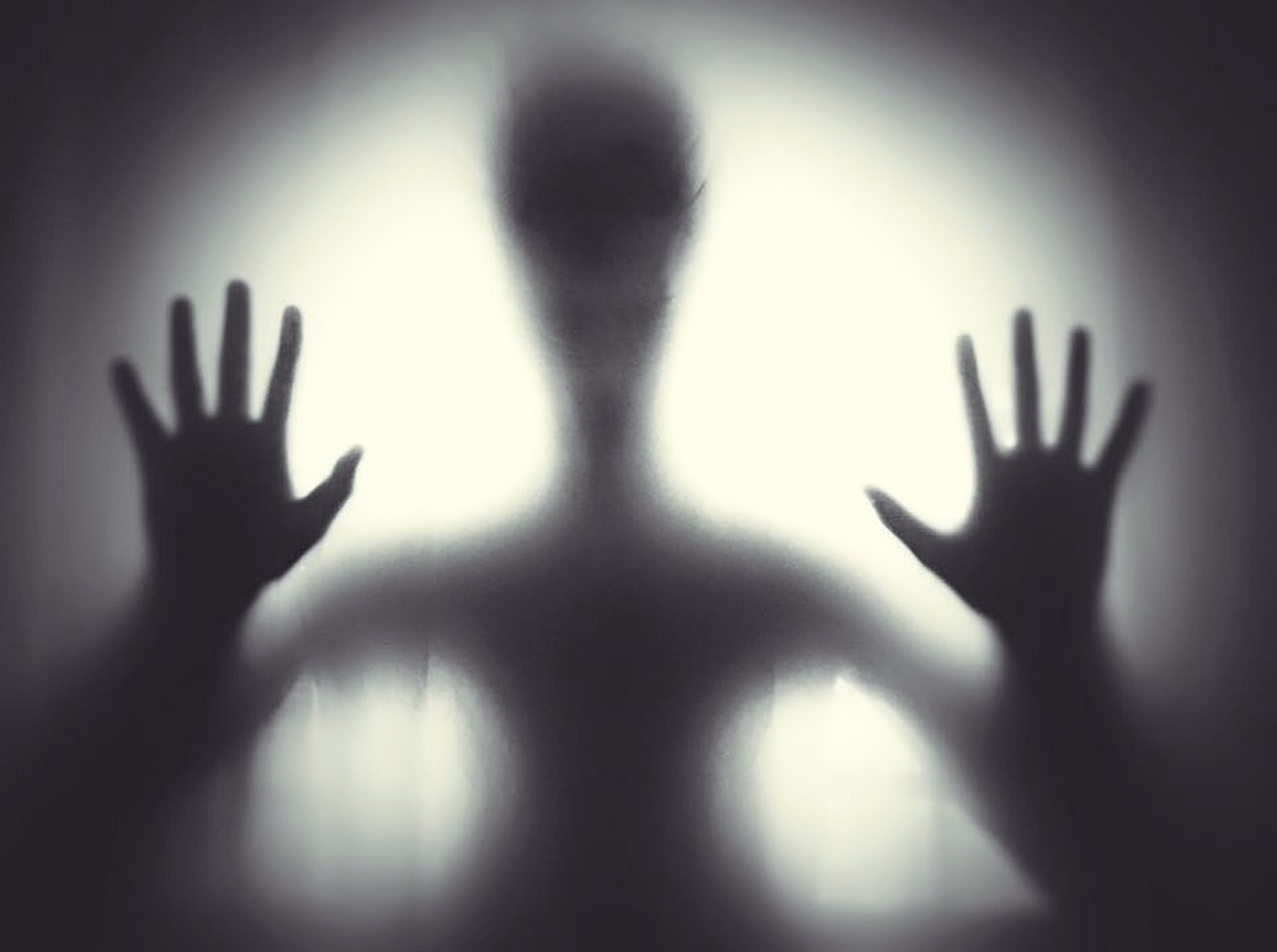 One night, I was watching Netflix in my living room until I realized that my room door was open. I started walking towards the door and then to my room. I slowly started opening the door, I got it open like 5 centimeters until I heard a big bang from the kitchen.

It freaked me out and I ran to my bathroom and locked the door and started calling to emergency services. They answered the phone and I said, “There is som…..” when I heard a window breaking. I quickly told my address over the phone and told them to send help. When I went to check, whoever the person was had already left.

I waited for like 30 minutes to the police to arrive, when the police came I told them everything I knew and they said that they’re gonna find the person who was in my house. After all that, I went to sleep in a hotel. In the morning, I went to my house and to my room. My heart almost dropped as the room was a complete mess.

I found an envelope from the mess and I opened it. There was text in it that was written with blood-red crayon it said “I am always one step further” I checked the envelope once again. Then I found 50,000$ and 10+ photos of me sleeping in the hotel room.

Third story for you ‘Creatures from the forest’:

Two friends, Austin and Ben, would hang out in Ben’s childhood house by the woods. One night, they decided to go and take a walk in the woods. Suddenly Ben stopped, shortly after Austin also stopped, completely stunned. They encountered this tall, pale bipedal creature in front of them. They were shaking and just stood there staring at each other.

Ben flashed his torch at it and it let out a deafening screech. They ran and soon both of them were at the end of the forest, where there was a small town. They were almost there but something grabbed Ben. Austin decided to track it and soon regretted it as it leads him straight to its nest. It was horrible and disturbing and he will never forget the scene.

That thing had dead-Ben with his organs on display. The thing hadn’t kill Ben for food, or out of fear, but for fun. Then one of the creatures saw Austin. He ran screaming and reached the town where a townie gave him shelter.

Austin asked how did he know all of that, and his face went pale as townie started to turn into one of the creatures he met in the forest. And he said, “Because I’m waiting for my inevitable fate.” 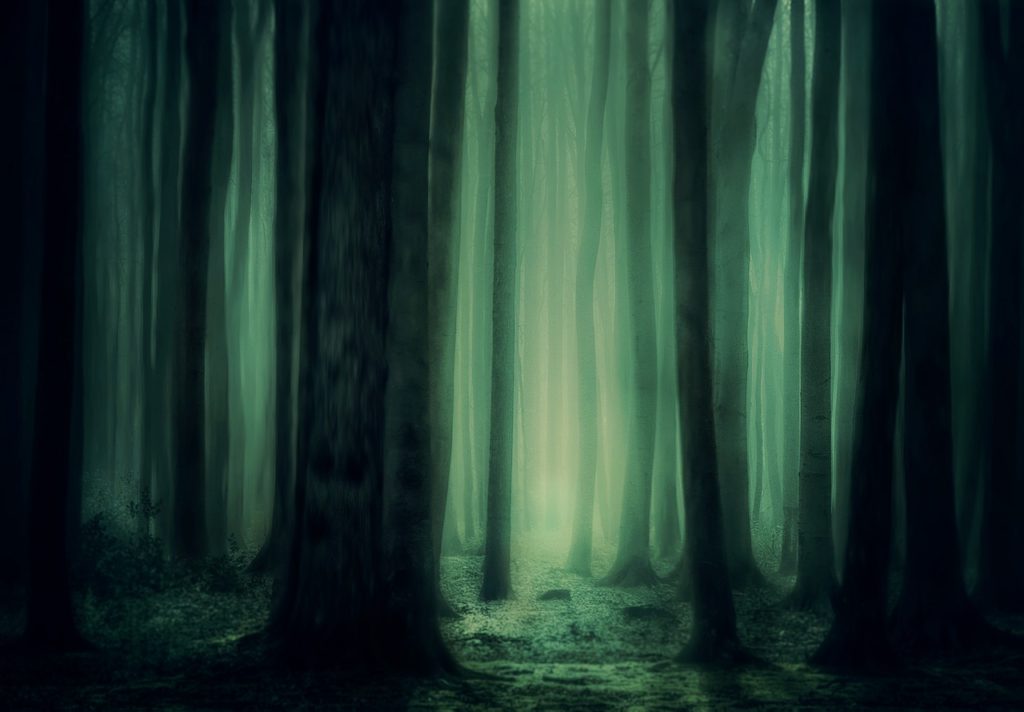 Finally, the last of the spooky horror stories is ‘The Smiling Devil’:

I came back home at 11 pm after a football game and was getting ready to eat. I could hear my dog barking at someone in the woods near my house. My first thought it maybe it was a raccoon or something until I could hear it in more than one area. Then I realized that the thing was switching places as if it was teleporting.

After a while, it just suddenly stopped. I tried to dismiss it as a strange incident but I made sure to lock all the doors and the windows. Thinking everything was safe, I went back to what I was doing and slept.

Later that night at 2:53 am, I woke up by a high pitch sound which was almost like someone was fighting. I quickly built up the nerve to see what the hell was going on I dashed down to the hallway to see a tall man in a white blood-stained hoodie with a devil’s mask.

He seemed to have horns, and not the fake-prop ones.

I soon realized that both my parents were dead right in front of me. To be honest, I couldn’t believe that they were dead. One thing that I knew for sure was that I had to make it out alive. So I ran for my room only to be met with him standing directly in the way even though I just turned away from him.

I decided to dash for a window to avoid the same fate as my parents. But that thing slashed me in the back and I lost my consciousness. When I regained my consciousness, I saw the paramedics tending to my wounds and cuts from the glass. The cops said it must have been some unidentified animal that broke in and killed them. However, they couldn’t explain the circle with the X written on the wall.

Happy Halloween and may your day be full of thriller and chills.