“One early morning, I woke up with plans to bring smile on my sister’s face after a night filled with terrifying nightmares. She was sleeping next to me and I tried to wake her up. I tried and tried, but I got no response from her. She was no more,” shared 16-year-old Dipak Negi. He said he still remembers the night that forced him to be one of the many street children in Kathmandu’s streets.

Dipak, who is now in care of Voice of Children in Lubhu, was clearly disturbed and sternly said he never wanted to see his father for rest of his life. He still deems his father responsible for his sister’s death. After both his mother and elder sister left, he only had his sister to care for. His father married another woman and had an excessive drinking habit. His anger had just made their life horrible. After he lost his sister, he decided to leave home and live on the streets. 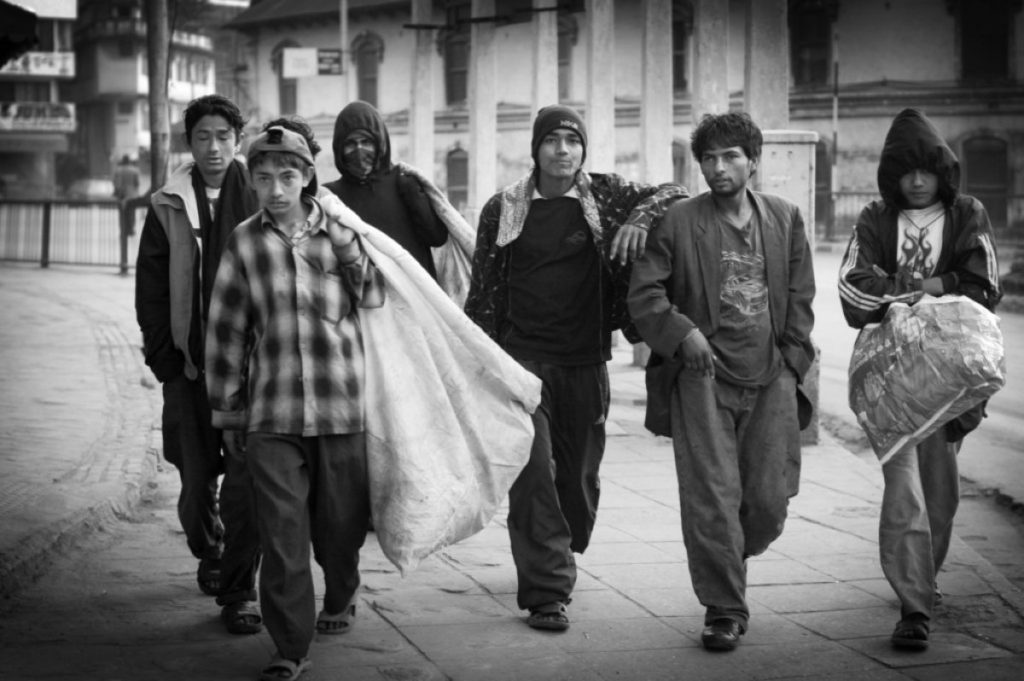 Like Dipak, a lot of children end up on the streets because of family issues and parent’s disputes. Many of whom Dipak met on the streets, also possessed the same problem. Staying on the streets many become friends, but with lack of care, slowly start getting involve in the smoking, sniffing dendrite, gang fight and theft. Some days they get to eat while on other days they have to wander the streets, day and night, in search of food. And not all of them get jobs.

“Usually girls are sensitive and do labor work either in hotels, brick kiln, or as house helps and even in dance bars. But, boys directly come to the streets and they wander here and there. Searching job is only the secondary options for the boys,” says Govind Koirala, program manager of Voice of Children.

We can see many children roaming the streets, however, there is no exact data of how many them are actually on the streets. Every day streets of Kathmandu welcome a new guest. 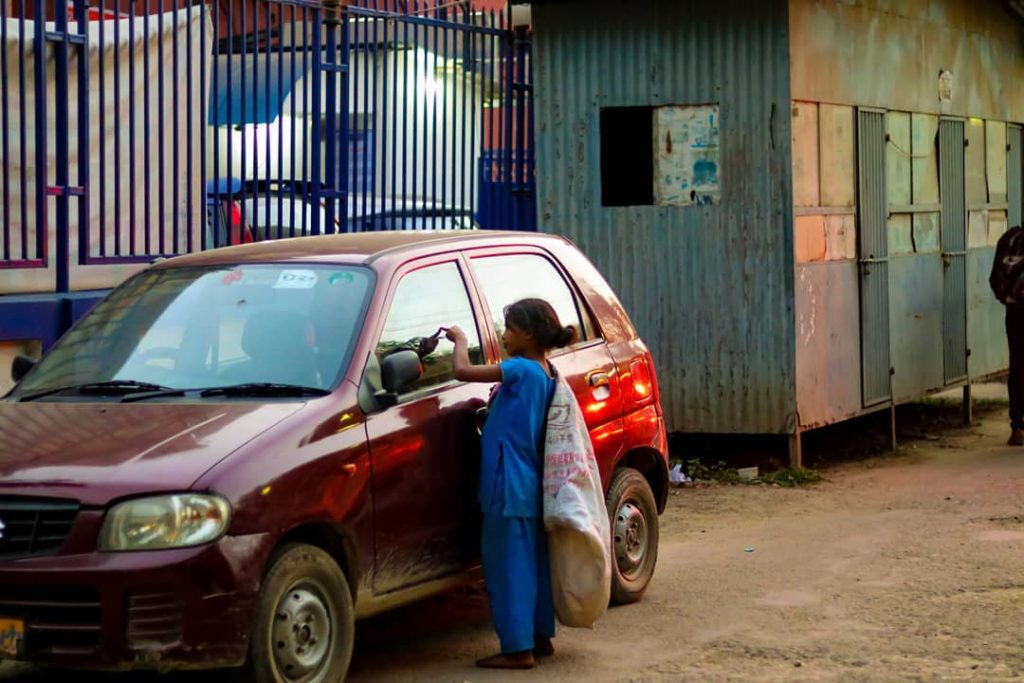 A girl scribbling on a car’s windowpane in Kathmandu. Photo: Saurav Ranabhat

Children deserve a better life. But, street children are deprived of all kinds of fundamental rights. To reduce the number of street children in Kathmandu, Government of Nepal regulated the ‘Street Children Working Standards Directory 2072’. And with the help of six different NGOs, the rescue process started and has been speeding up from Baisakh 2073. Voice of Children is one of such NGOs.

Till date, under the directory, they have rescued more than 700 street children in Kathmandu. They are in shelters of different rehabilitation centers for re-integration with their family. Central Child Welfare Board’s report said 656 children were rescued in 2073/074 alone from Kathmandu’s streets; where 593 were boys and 63 were girls.

Dipak is currently receiving treatment and counseling from representatives of the Voice of Children. Children, like him, whose family aren’t identified or those who lack safe environment, are sheltered here. They undergo skill development training with Voice of Children that aims to empower them.

“I don’t want to go home or meet my father. I will take some training here itself and start business on my own,” said Dipak. Stories like his give hopes that if given the right care, any child can thrive to be a better performer. And we can say that their future can change if we make amends today.