Cover Image Note: We found several instances of this image online, but could not trace it to the original creator.  Also noted, this image has been around since at least 2011. How dire is our country in need of change, if an image created in 2011 is still relevant? You may argue that some things have gotten better,  but have they really gotten better, or just better compared to when it was worse?)

Last week, the world watched as the G-20 summit began to be dubbed as G-20 minus 1 — Donald Trump being Donald Trump and refusing to be a world leader capable of change; and a viral video of a reporter mourning the United State’s loss of leadership and power from the world stage.

A week before that, Nepal also got a taste of its leader, Prime Minister Sher Bahadur Deuba behaving like a sulky child in a tv show, refusing to answer questions and hurling angry words at audience members who simply wanted answers from one of the highest ranking public officials in the country.

The last episode of Sajha Sawal, Kantipur’s popular talk show, became one of the most watched videos of the show on social media. Many considered the Prime Minister’s behavior to be outrageous and shameful. Some who watched the video condemned his behavior on the show, while others feared that it might just be the single and most relatable example of what he might do next. 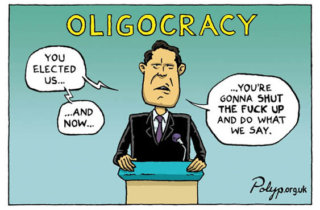 The heat of the issue has certainly died down. Social media activists may have moved on to the next viral issue. But what we witnessed, should not be brushed off as another viral news story. It wasn’t just that. It was a politician, behaving as though he no longer has to answer to the people he serves. And it might just be the new normal — if we let it be.

The show is titled Sajha Sawal. It literally is a stage where anyone can raise a question, that the attendee then has to answer. In line with the format of the show, a young man from the audience stood up for his question. Before he questioned, he gave the example of Lee Kuan Yew, who is particularly popular for having changed the face of Singapore and bringing a wide range of development there. The man, then said to Deuba that he had done just the opposite, and he questioned when development would start in Nepal. He also gave an example of Britain where only the highly educated (from Oxford University) have been appointed as Prime Ministers. He then concluded his question by asking when Deuba will actually start working for the people.

What happened next, to simply put it –  Prime Minister Deuba did not understand the context, sentiment or the entirety of the question. He became angry and agitated like a hurt, egocentric child who does not understand the concept of tact or diplomacy. PM Deuba, who actually has a degree from the London School of Economics and Political Science, did not respond “Young man, you are incorrect. Nepal does have educated prime ministers – I am one.”

He proceeded to tell the man that bringing people from Oxford to become ministers was impossible. The host then clarified the question for him, to which Deuba replied, “How do you expect to always get your way and whatever you want?” Implying that he did not, in fact, care or worry about what the man wanted. Begs the question – who is Prime Minister Deuba serving currently, if not the Nepali general public? If what (we) want doesn’t matter, why is he our prime minister?

This was one incident that highlighted the show in general. Prime Minister Deuba also refused to answer other questions, continuously denying any form of responsibility for what is happening in the country and at one point, saying “Even if I know the answer, why should I tell you about it?”

Naturally, the show caused outrage among Nepalese, and many took to social media to express their anger. These are questions that run through all of our minds, and to watch a politician stubbornly refuse to take responsibility, angered many. If there were hopes that something was going to change in the hands of this new-old Prime Minister, it was lost.

Could it be possible that the questions were so tough and offensive that Deuba was flustered and could not answer? Sure, could be. But what is a leader, if not one who can take a tough question and make most of out of it? If he was flustered, he could have answered simply, and to his best ability, rather than becoming angry and offended at the question itself.

Since when has it become normal for politicians to get on stage and act like children who have not yet developed a sense of morality? As the world awaits the fate of this new world where a superpower continues to lose its power, the Nepalese have an added burden of being nervous and tense about what will happen next in their own backyard.