From September 20-27, 2019, about 7.6 million people globally took it to the streets to raise  awareness about climate change. In this world-wide climate change strike, their demand was for strict actions that ensure a better future and a better world for the upcoming generations. This has been the biggest climate mobilization in history.

According to NASA, July 2019 was the hottest month recorded so far. Meanwhile, the polar caps that cover 10% of the Earth’s surface has been disappearing rapidly. On the other hand, the Amazon rainforest in Brazil has suffered the most intense fire in almost a decade. This has raised quite a concern among the youth about how safe their future really is.

And there is no doubt that youths of Nepal are also highly concerned about their safe future in this polluted city. And along with the concerned youth, from the biggest cities to the smallest villages, concerned youth of Kathmandu also took part in the climate change strike. They led the rally and talked about climate change, with others globally. 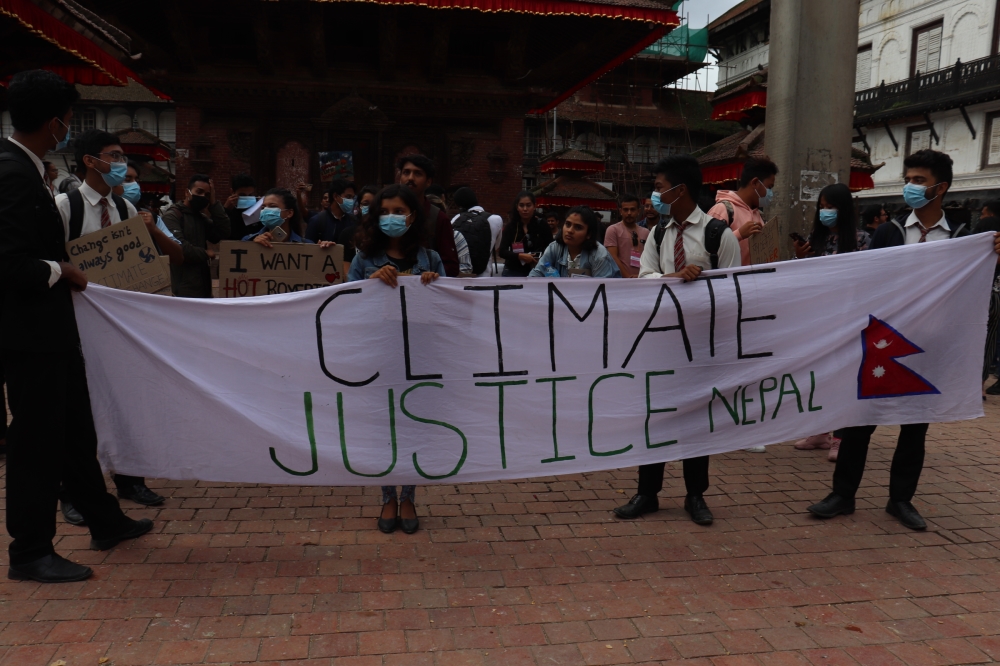 One of the biggest rally was held in Basantapur and was led by Bigyan Gautam with Hult Prize, Pokhara University as organizers. The event encouraged youths to make their own placards. They wrote quotes like ‘Earth damage, Life damage’, ‘Save our future’ and much more. 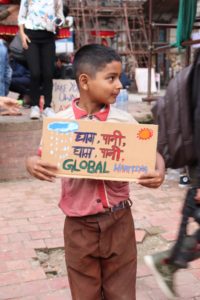 From 3:00 pm to 5:00 pm, the group encouraged people to join them to raise their voices and bring some attention to the climate change. The program officially started at 5:00 pm, and the rally took off.

Participants, of the climate change strike, walked through the streets of Basatapur chanting about the effects of plastic on environment and demands on action against climate change. After the rally was over, all the youths gathered around the Jagannath Temple, at Hanumandhoka. Even during heavy rainfall, they stood together holding their placards.

Johnson Shrestha and Sujan Sharma gave some inspiring speeches on climate change. “Its time to take action or else its going to be too late,”  stressed Shrestha. They questioned the future of their generation in this country.

They recalled pollution is increasing in Kathmandu and effects of climate change is getting evident. While some participants like Sauhardha stated, “I am here in hopes to capture some attention of our local government towards climate change.”

In addition to that, Hult Prize Pokhara University has planted 100 tress at Tinkune. Also they are planning to come up together to raise awareness on climate change.