Have you ever seen the dark sky in the night and wondered how truly magnificent it is? Have you ever wondered about what exists in that night sky? Regardless of how beautiful and mysterious the deep, dark space appears to us, it is where horror exists and where ‘impossible’s become reality. And black holes are one of those horrors that blend in the darkness and is inescapable. But we can always learn what black holes are and how are black holes formed.

What are black holes?

A black hole is said to be a warp in space and time caused by heavy density of a mass with extreme gravitational pull. Black holes lurk in the darkness of the universe gulping down every object that crosses its path. Even light cannot escape once it enters the black hole.

Anything, astronomically big or atomically small, that’s unfortunate to cross its path is reduced to atoms, and consumed by black holes. And with everything it consumes, the black hole only grows bigger and scarier in size. They are also great sources of energy if we can harvest it properly, but it’s not possible yet.

How are black holes formed?

A black hole is so bizarre and strange that knowing about it’s existence and how are black holes formed, is quite interesting. A black hole forms when a massive star, like a supernova, explodes and collapses on its own mass and gravity. A supernova collapses when it no runs out of fuel at its core.

Stars maintain their temperature through stellar nucleosynthesis and with the reactions in its core, they exhibit enough pressure to withstand the collapse of its mass. In either case, the star’s temperature is no longer high enough to prevent it from collapsing under its own weight (Carroll 2004, Section 5.8:).

The collapse result in a more compact and dense matter, and exerts a great extent of gravitational force on anything around it, even light. And that’s how are black holes formed.

Contrary to the idea that black holes grow bigger, late scientist Stephen Hawking put the theory forward that they shrink too.

According to him, the black holes that don’t consume anything shrink in size. Those black holes can ultimately vanish as they emit electromagnetic radiation. The idea was that the gravity at the furthest of a black hole is weak and that the quantum effects allow the emit the radiation. One among the particle-antiparticle pair escapes the gravitational force, and in result, black holes lose mass.

As we know that black hole is invisible to the naked eye as lights get sucked right in. But then the question arises, how was the black hole discovered in the first place? Perhaps, it gives off some kind of radiation that helps it to stand out?

How are black holes detected?

Black holes were first discovered by Karl Schwarzschild in 1916. Schwarzschild gave the first exact solution to Albert Einstein’s famous general gravitation equation. It later helped put perspective to the geometry of space, in the neighborhood of a mass point.

He also laid the foundation of the theory, using the general equation, that bodies of sufficient mass traveling in speed greater than that of light can escape their doomed fate. However, nothing travels faster than light.

A black hole has an extremely compact and dense mass. According to general relativity, a mass dense as that of a black hole creates a big dip in the space-time fabric. Denser the mass, bigger the dip and hence it also exhibits stronger gravitational field around it. The particles can move freely outside but when they reach the event horizon, they can’t leave. 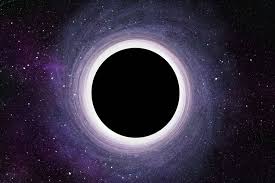 The dip in space-time fabric distorts space, time and light. Objects behind a black hole appear distorted, with different shape and location, when observed. This is called gravitational lensing and is an indirect approach to detect black holes.

Black holes are surrounded by gaseous materials which are funneled by the black hole’s gravitational force like a disk around the black hole, with a narrow end. The gas molecules around the black hole swirl so fast that they heat up and emit X-rays. These X-rays can be detected from Earth using x-ray telescopes (eg. the orbiting Chandra X-ray Observatory).

They can also be detected by watching for motions of stars near the black hole. Caltech said if the motion of the stars, their visibility are being affected by something unknown then there will be a possibility of a black hole nearby.

After this discovery, the main question is: could one day our ultimate source of energy, the Sun, turn into a sinister black hole?

Our Sun, may not be a black hole but, we are revolving around a black hole, as we speak. Sagittarius A* (or A star) in the center of our Milky Way galaxy is a supermassive black hole. It has a mass of four million Solar masses (or the mass of our Sun).