Kathmandu Durbar Square was abuzz today and yesterday because of Indra Jatra. People, in groups, dancing, cheering and taking selfies. On the sidelines were groups of people with different musical instruments, in traditional attires, and different colored t-shirts. 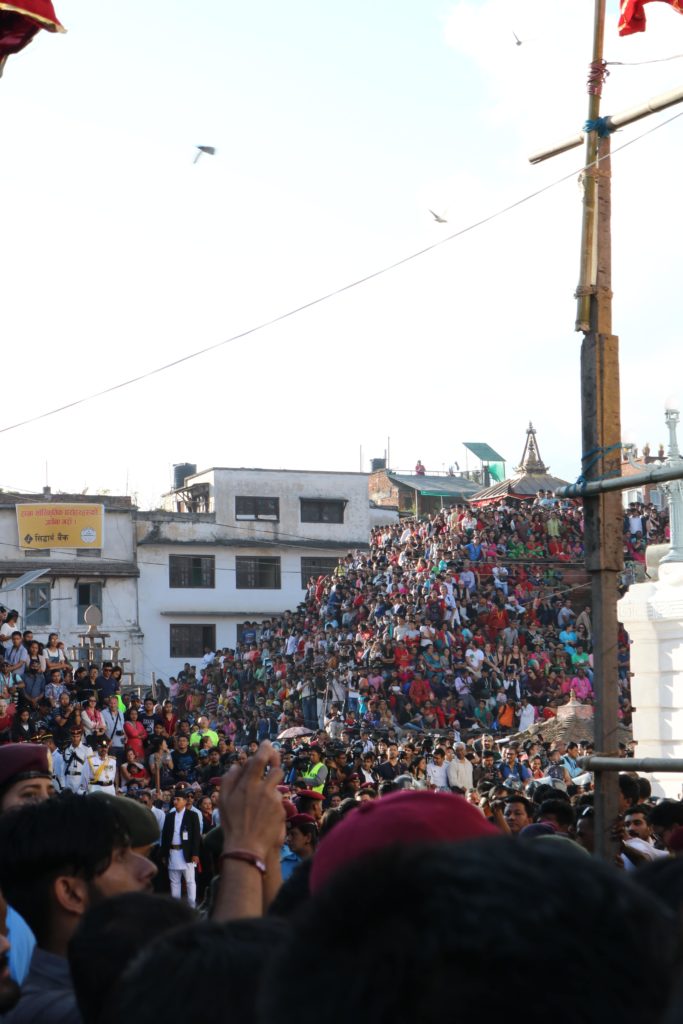 Crowd seen in Basantapur waiting for Indra Jatra 2075 to begin. 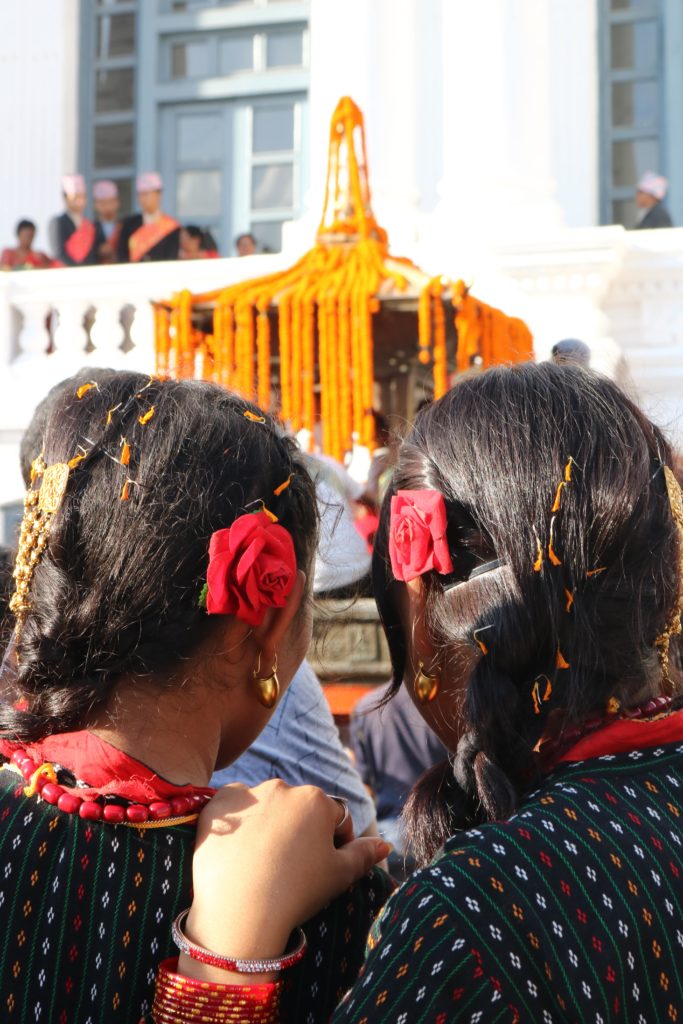 Two girls, dressed in traditional Newari attire, look over the chariots moments before the procession started 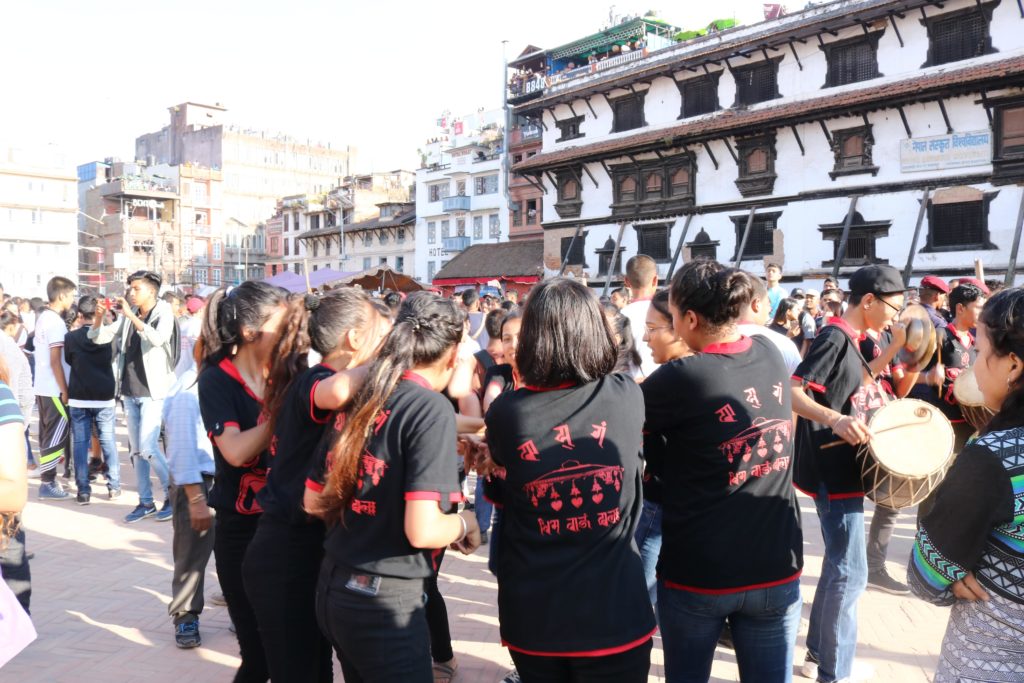 A group of girls dancing to the tune of musical instruments as they wait for the chariots procession in Kathmandu Durbar Square. 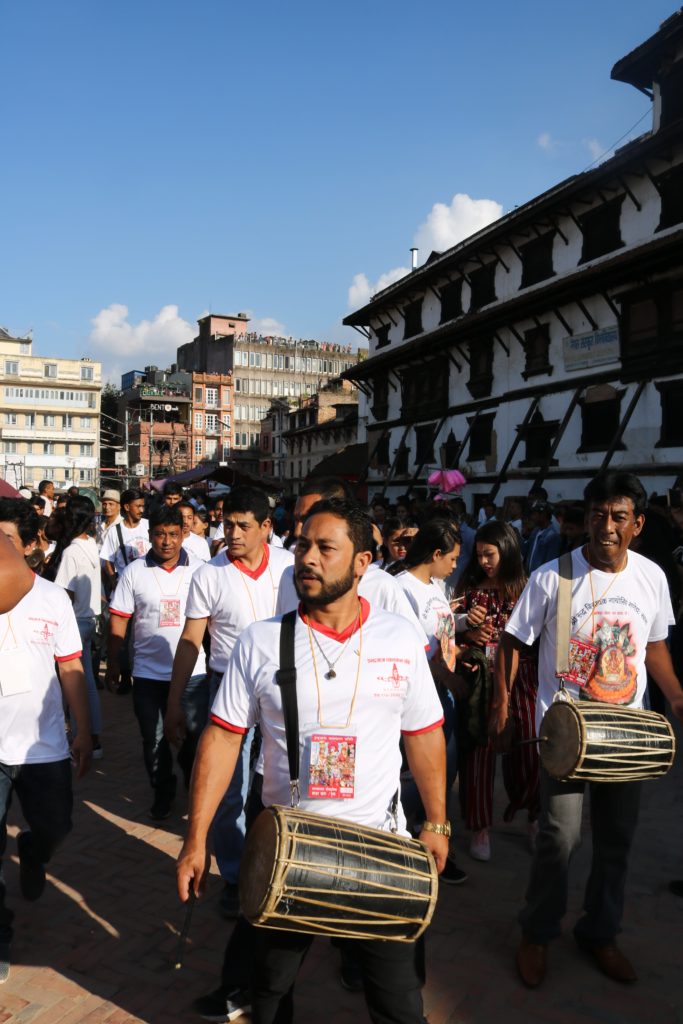 A group of musicians playing their instruments 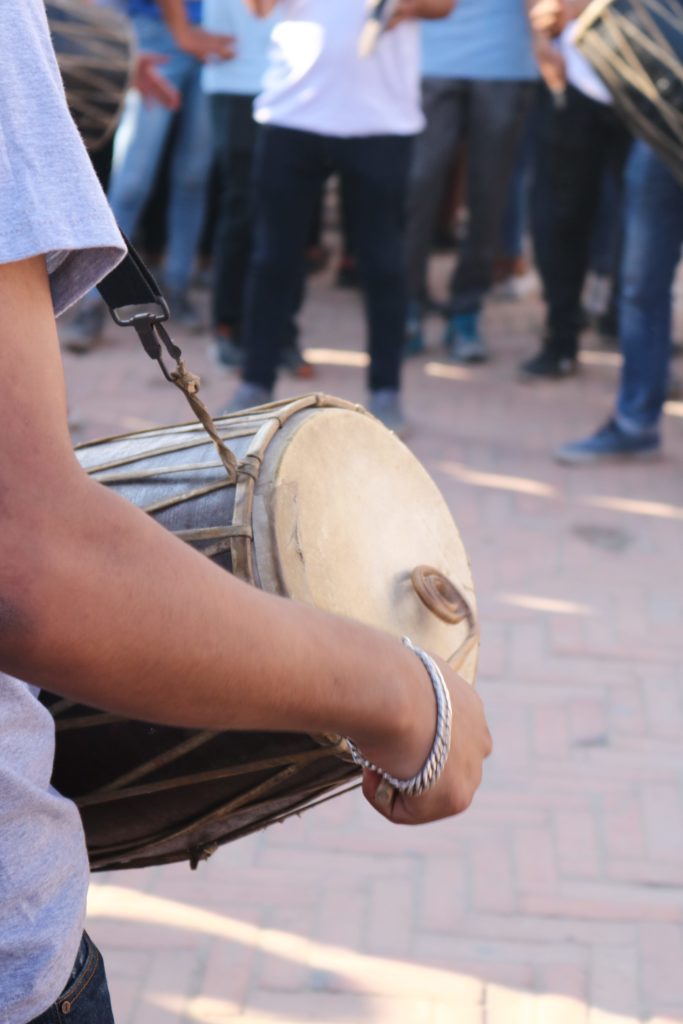 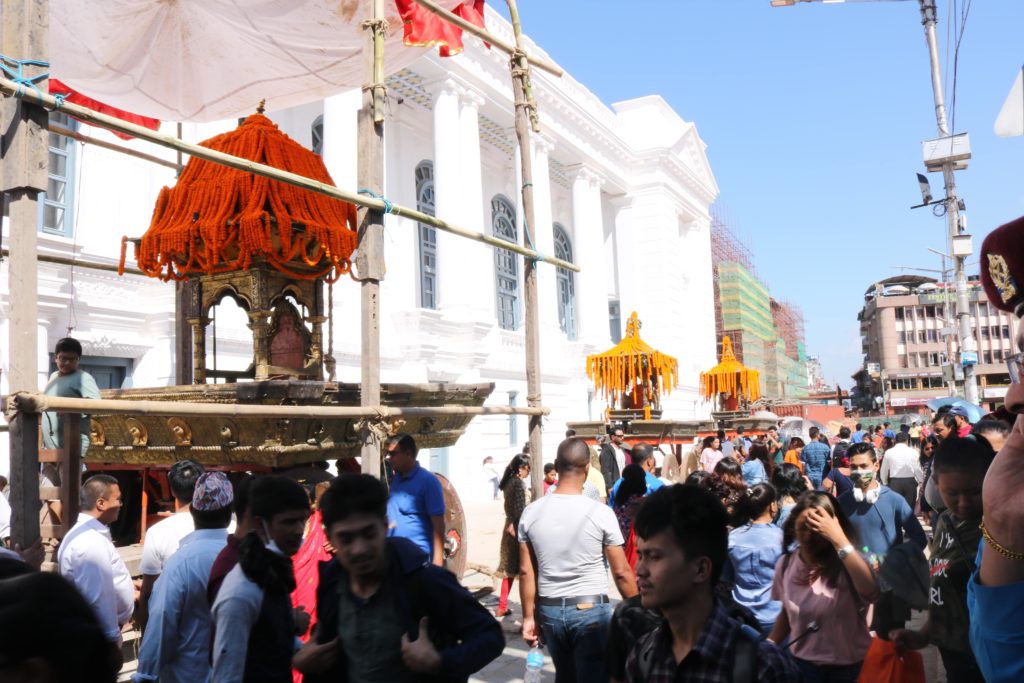 They were all there waiting for the chariot procession to start. Three age-old chariots, adorned with garlands, start the procession from Basantapur. From where, they are pulled along different routes on three consecutive days. Inside the chariots are the living embodiment of Goddess Kumari, Lord Ganesh and Lord Bhairab. People wait for hours along the routes to welcome and offer their prayers. 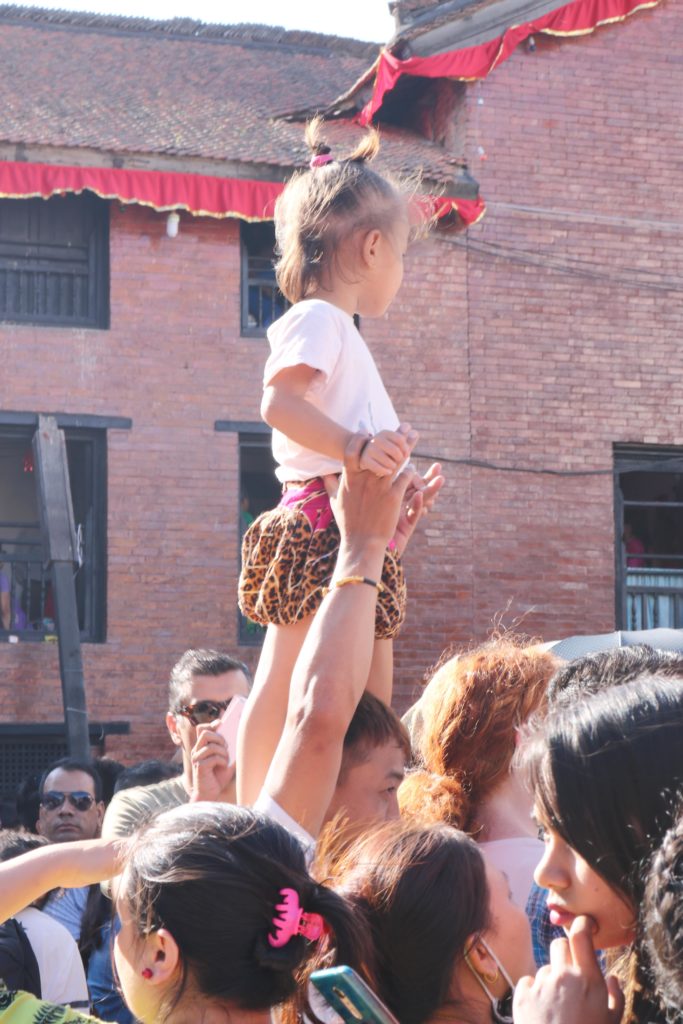 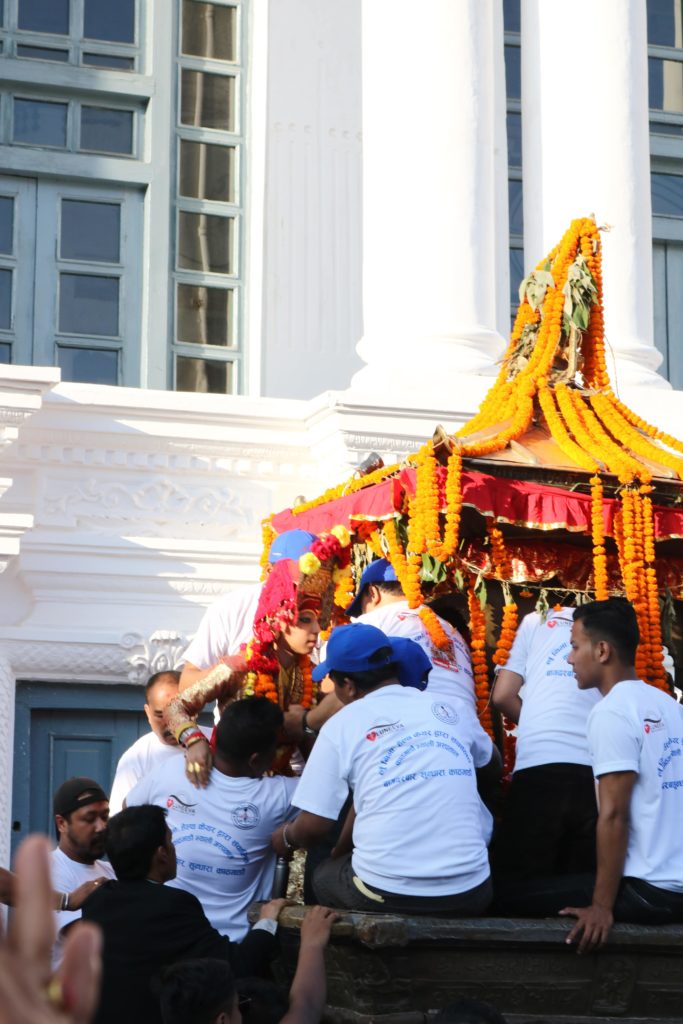 Men carrying Living Goddess Kumari inside the chariot for the procession to begin. 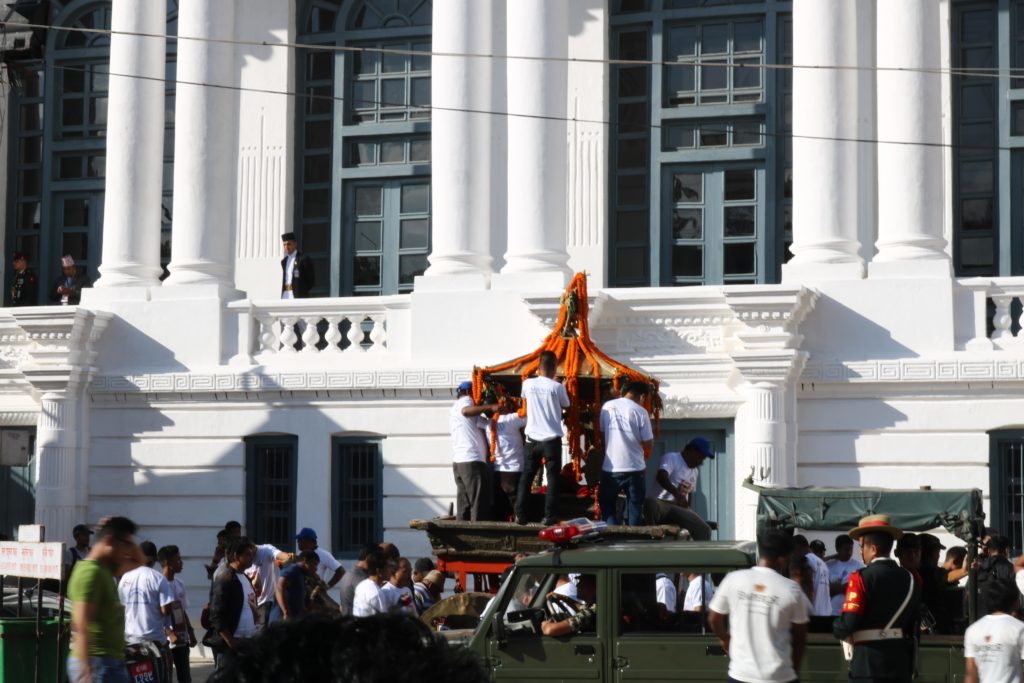 People were also enthusiastically waiting for Pulukishi and Lakhe that make rounds, usually in between the either of the two chariots. 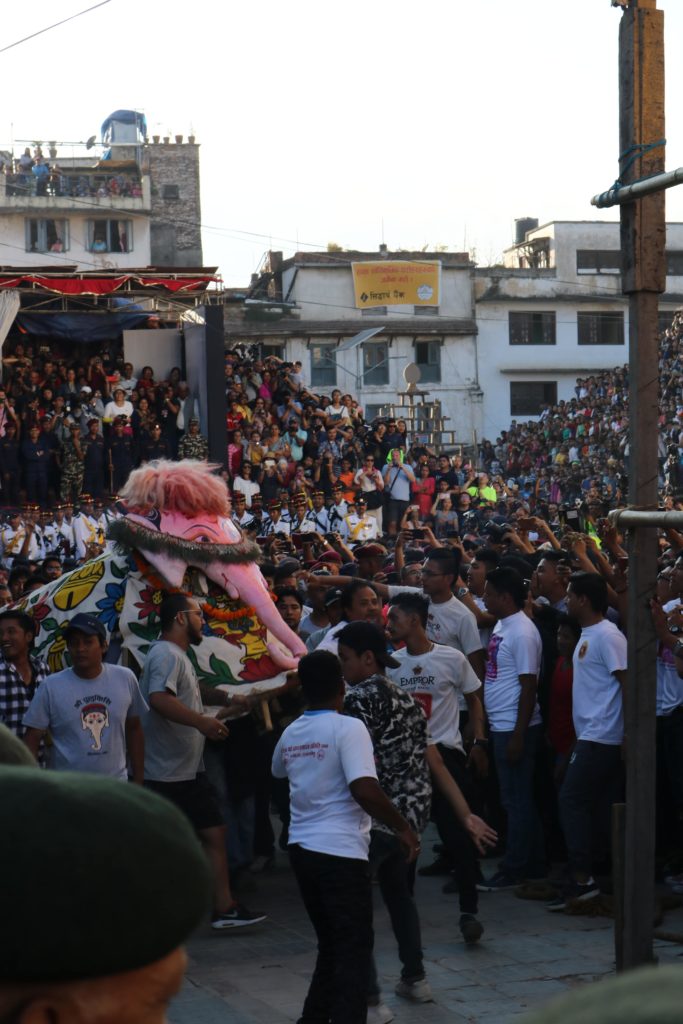 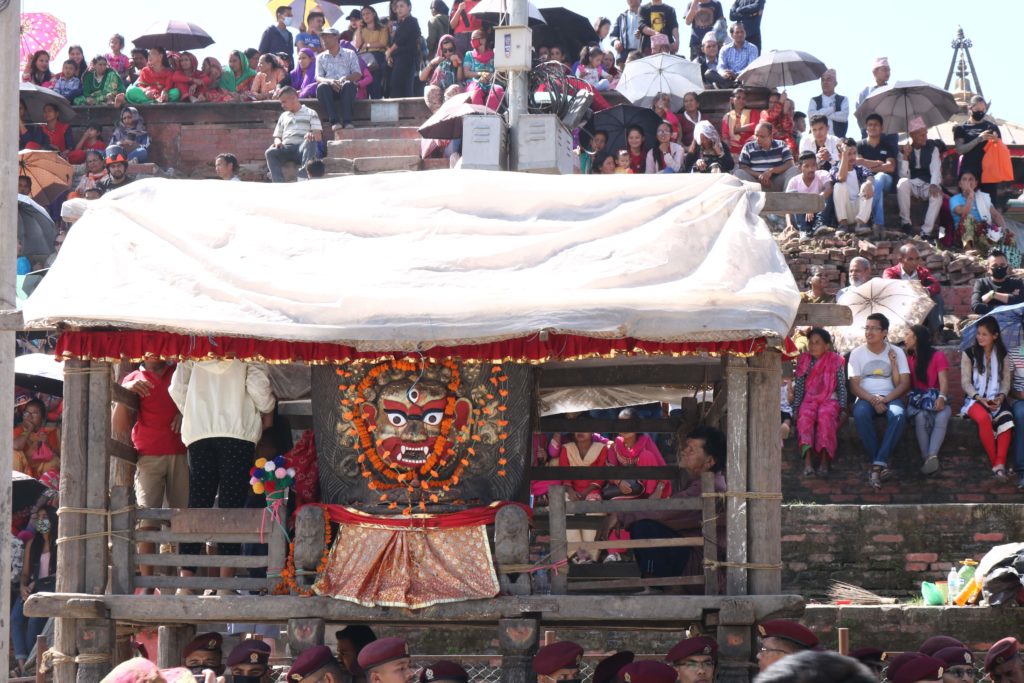 Lord Bhairab’s mask (one of the many) on display as people wait and look over the preparations being made for Indra Jatra 2075 in Basantapur.