A 15-year-old girl in Nepal died after being sent to live in a “shed” while she was menstruating. The headline news of menstruating women found dead has been common lately than ever, sending the world into a frenzy that a practice like this could still exist in the 21st century.

It exists. Not only in villages of Nepal but also in ultra-modern homes of practicing Hindus. The only difference between these two “sheds” is that one is dark and cold and shared with animals. The other is a cozy room where young girls are sent to hide, albeit with amenities, still far away from the male gaze and all things that could be polluted by her touch.

A decade ago, when I left Nepal, the practice of girls being sent into “hibernation” for the week of their first period was so normal, it was almost something to look forward to, as a rite of passage. Which 13-year-old doesn’t enjoy the idea of getting a week off from school to sit and watch TV? You get a week off from chores, aren’t even allowed to pour a glass of water for yourself, and adorned with gifts and tended to your every wish. The only condition is that you see no male, sunlight or touch anything outside your room. 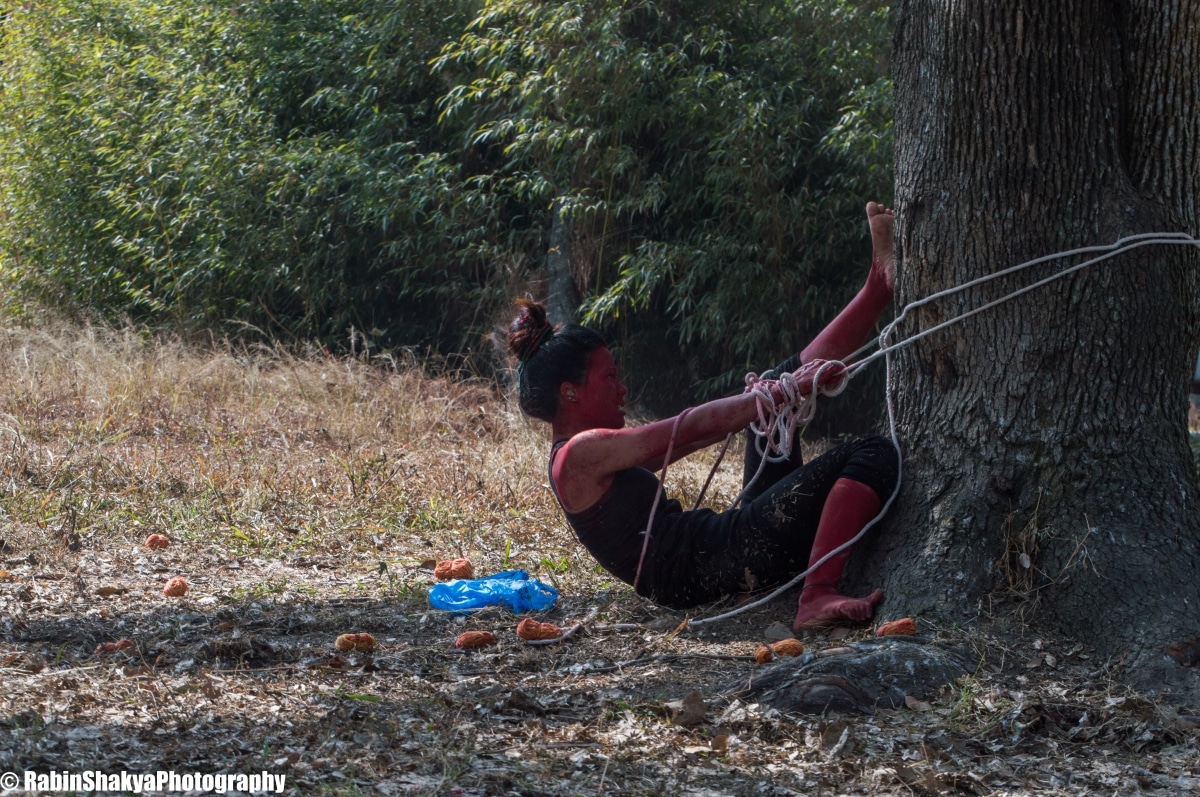 When I was on my “week of hibernation,” I remember catching a ray of sunlight on my face and being scared that I am doomed for life. Ask me when I began losing faith in God, and I will probably point to that moment. Fear does one of two things – it scares you into obligation or pushes you into rebellion.

In ultra-modern Hindu households, the inconvenience of a girl’s period is the bane of religious existence. You couldn’t possibly send a modern girl to hide – the sucker comes every month after all. So she is conveniently cut out of celebrations and kitchen floors. She is expected to “understand” that her impurity could ruin the family’s fortune. She could be a doctor or a rocket scientist, but she complies to the general consensus that she is impure.

The concept of a girl being “impure” during menstruation is rooted in our culture, so deep, the idea is enough to make the menstruating girl reconsider if she’s ever thought of breaking a rule. Imagine being a teenager getting your first period, and being told you’re impure and going into something as “holy” as a temple or as “pure” as a kitchen was the worst thing you could do to mankind. If you didn’t know better, you’d think the wrath of God would burn you to the ground right then and there. If it isn’t a god, it is the right bestowed upon the “caretakers of religion” by God, to tell a woman she is impure. More often than not, it is fear that drives women into compliance. Fear of god or of an elderly relative or even parents.

The concept becomes even more appalling when an actual god enters the picture. Even my argument against religion takes a backseat when I come across a believer, who truly accepts everything the Hindu religion offers, even the most disgusting parts of it. When an otherwise broad-minded but religious person stops me from getting close to her god when I’m menstruating, I step back. As menstruating women, I can’t, after all, argue against someone’s faith or a practice based on a trillion-year-old religion.

Chaupadi is an extreme of a common tradition, rooted in religion and so often considered a normal part of being a woman in Nepal. Unless the concept of women being impure during menstruation is taken out of our homes, from our religion, from our educated minds and modern thoughts, Chaupadi and its variant of treating women like outcasts will continue to exist in remote villages. Long after the international media coverage dies down.