Based on the geographical and historical data about the earthquakes, Kathmandu gets hit with a major earthquake every 80 years. It has to do with the fault line, caused by the Indian tectonic plate crashing into the Eurasian plate, that Nepal lies on top. Before the 2015’s earthquake, a mega-earthquake on January 15, 1934 (Magh 2, 1990) had hit Kathmandu with a magnitude of 8.3. Starting in 1999, the day was marked as National Earthquake Safety Day to spread awareness about earthquake safety methods.

This year, it will be 21 years of National Earthquake Safety Day. On this day, events and rallies are organized on national, local or community levels to aware people and prepare them with earthquake safety training.

Earthquakes, such as that of 1934, with a magnitude of 8.0 or higher are called mega-earthquakes. But this happens once about every 500 years. The last one had occurred in 1255 A.D. in western Nepal and had its effect till Kathmandu. It was anticipated that the next earthquake could occur between Gorkha and Dehradun. Since the 2015’s occurred to the eastern side, a mega-earthquake to hit the western regions is due any day. 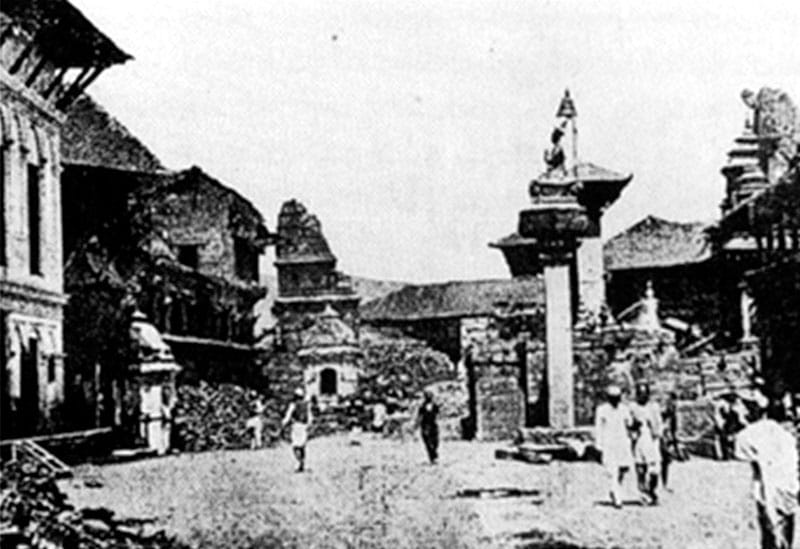 In 1990, the earthquake had killed more than 8,000 people alone in Kathmandu Valley and in total all around Nepal and India 10,000. We’ve probably heard it from our grandparents or great-grandparent(s) about their experience with the earthquake.

It was predicted by experts that when the next big earthquake hits Nepal, 60% of buildings in Kathmandu will be destroyed due to the increasing urbanization. Likewise, only a few of the injured will receive treatment as most of the hospital buildings are to be collapsed. Moreover, they had said it doesn’t even have to be an 8 magnitude to destroy Kathmandu, just one with 7 is enough. And with the lack of earthquake safety measures for the crisis day, the probability was higher.

Somehow the predictions seemed to come true as almost 9,000 people were killed and 1,059 health facilities were damaged. The Gorkha Earthquake occurred on a Saturday and is somehow considered lucky. As the death toll would have been even more if the disaster had struck any other day. It would have been difficult to save children trapped inside the 5,500 schools that were destroyed in the 2015 earthquake.

The scenario of earthquake-affected areas, in its first year, was miserable. People seemed hopeless about rebuilding and there was very little support from the government itself. The government side seemed slow when it came to dealing with the work under the immediate situation which therefore lacked coordination.

The renovation and reconstruction have not yet completed but within this one year the working speed has somehow leveled up. Since private properties didn’t have to rely much on the government’s support or pressure of maintaining older traditions they were rebuilt quickly. We see very few houses today that are still left to reconstruct, while some old house has also creatively preserved the damage that occurred. 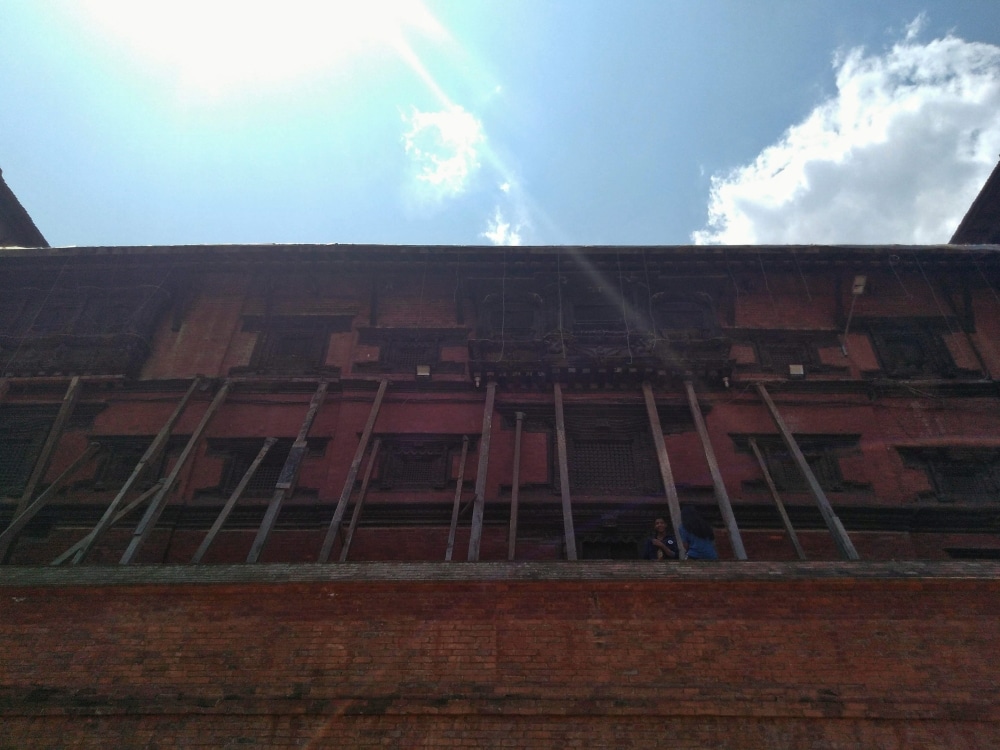 Most of the historically and culturally important places had to be rebuilt with the use of modern tools and technologies while preserving and honoring the craftsmanship and traditions they withheld. But, the architects were glad that get the opportunity to study in detail the ancestral designs and secrets to create a stronger foundation.

Now, most of the destroyed schools have been reconstructed using new designing techniques. Students, especially from government schools, have now even better classrooms than before.

During the earthquake, communication and travel were at its best service. Telephones and network signals were easily available though interrupted for a while. Roads were functioning very well and bridges didn’t fall. Even the airport was open for its service. So people had very few difficulties with getting in touch or reaching certain places. In fact, it was due to stable communication that relief services and goods were able to reach different quake-affected areas.

Not to forget the efforts people made to come together to help during this tragic moment. People were out in the field to volunteer and supply relief help to all those affected. Help from the foreign side was immediately received through helicopters. Because the airport had its service open it was made feasible to supply goods in a limited amount of time.

Although, people had to face trouble with living outside their homes in unmanaged tents, with the majority facing a crisis with food supply. It taught us a valuable lesson about the importance of earthquake safety measures and preparedness.

Although it was already certain that a major earthquake will be hitting no sooner or later, the government and the public were hardly prepared themselves. Disaster Risk Management Plan was approved in 2009 but was not pushed forward effectively from the government level.

National Earthquake Safety Day has been celebrated since 1999, but the awareness program had not been able to deliver a strong message to the audience. At least not sufficient enough to learn the right safety measures. It should have been planned and designed even broadly, with an attempt to have plans for disaster risk management.

The negligence made a serious impact on the Kathmandu Valley. Kathmandu has grown to be unmanaged, regarding buildings and open space. In recent years, the density of Kathmandu has thickened so much that people are stuck on roads for longer hours.

There is a lack of open space while a few open spaces have become merely a dumping site. People crowded and lived at Tundikhel and other parks for a significant time. Buildings particularly in the Naya Bus Park, Balaju, and Gongabu areas were massively destructed. They were all new concrete buildings that had been built carelessly with materials not sustainable enough to withstand earthquakes. 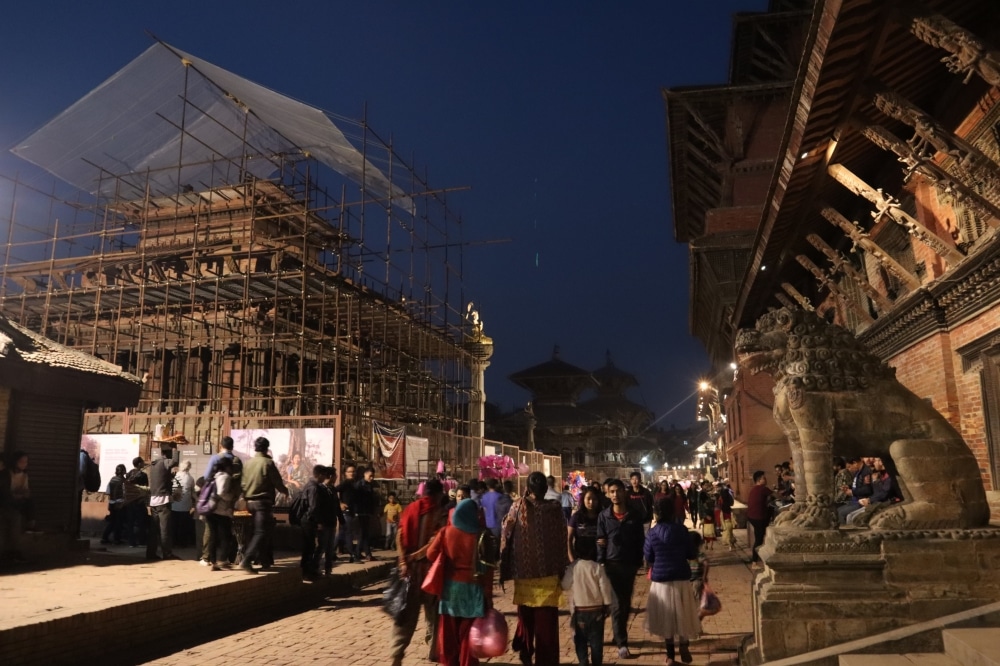 Seismologists repeatedly, with the help of media, have been trying to alert people about earthquake safety and that such a crisis can occur any day. April 25 (2015) was certainly not the big one they were talking about. But, at least now people are more likely to be prepared for the next one. The need for valuable awareness on the matter seems pretty necessary, more than ever.

Awareness programs on earthquake safety can come handy during the earthquakes. They can give people ideas of where to run when the ground starts shaking. The training module is mostly useful. But, there are some ideas that deem to be ineffective.

Back then, people had very little knowledge about earthquakes and their safety measures. It was also due to a lack of awareness that most people had to lose their life or get badly injured. Also at the time, there were houses made of mud that is physically weak in structure and the buildings got collapsed easily.

Likewise, it was said to hide under the bed or tables to be safe, however, they can be dangerous too. As most of the concrete houses fall vertically downwards, it can trap people under them. Also, with the ceiling falling, it can further crush and trap them.

For houses made with mud, this safety measure was applicable as only parts of houses fall and the mud enforces lighter pressure, in comparison. Therefore, the theoretical knowledge is in need of alignment with the practical execution of today.

What to start this National Earthquake Safety Day?

It is common that people freak out after experiencing such an unexpected, terrible moment in their life. But then, after every hurricane comes sunshine, people have to rise up again. They just need some time to adjust to reality and let their wounds heal slowly.

It has been almost five years since the 2015’s earthquake. People have slowly started to move forward with the trauma of surviving the devastating moment but it took a while. Despite it being a tragic loss to life and property, this one is still considered as a rehearsal for the bigger one, yet to come. 2015’s earthquake was an alarm to alert people that a bigger one is on its way soon.

Even from a personal level one needs to stay prepared for natural disasters. Everyone should have earthquake safety gear, emergency backpacks, stocks of food supplies, first aid kits, and a fire extinguisher. Before the disaster strikes, one can even plan emergency drills, determine the safe spaces within the house, and learn about the safe, emergency exits.

So, this National Earthquake Safety Day, learn how you can be safe. You never know when disaster will strike, so it is better to stay prepared every time.