Ocean acidification is a problem that has arisen rampantly in the past several decades and has been lethal to the ocean ecosystem. It has also been identified as climate changes’ evil twin because of how lethal ocean acidification effects on marine life is. 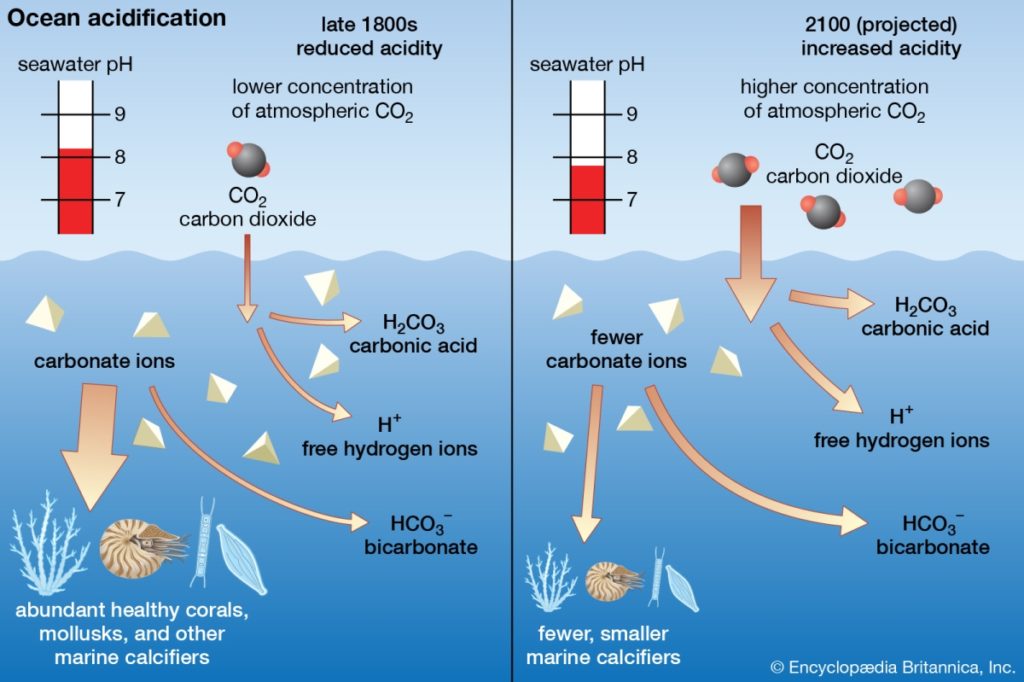 But first of all, what is ocean acidification?

As the drop in pH-level indicates an increase in acidic nature of a subject, such process hence is referred to as ocean acidification. The drop in pH-level of the ocean occurs over an extended amount of time, caused primarily by intake of Carbon dioxide (CO2) from the atmosphere.

The process gives birth to a weak organic acid called Carbonic acid (H2CO3). The acid in reaction with water breaks down in bicarbonate and hydrogen ions. Though basic in nature, bicarbonate from the reaction is not enough to neutralize the Hydrogen ions present in the ocean. Thus, making it more acidic than before.

But, the process of absorption was slow in the past, thus, preventing any huge spike in ocean’s acidic level. According to studies by Britannica, between 1751 to 2004, the ocean’s pH level decreased from approx. 8.25 to 8.14, representing over 30% increase in acid concentration in of world’s ocean.

However, in these few centuries, especially after the industrial revolution, the CO2 level has spiked and consequently, the ocean is also absorbing more CO2 than before. Hence, the process of ocean acidification effects marine life hard, and has endangered the coral reefs too.

For the past few decades,  marine biologists engaged in water acidification study have focused on marine creatures such as coral reefs and shellfish. They believe they are said to be one of the most affected species by this increase in acid-level. The increasing acid depletes calcium in these creatures, causing the creature or the whole species to literally dissolve in water.

Increasing acidity is going to have huge and potentially irreversible negative consequences on marine organisms, including slower metabolic rates. And in conditions where the acidity level is too high , female fishes won’t be able to lay eggs while the young fishes will die prematurely.

It also adversely affects other non-shelled marine life causing paralysis and poisoning because of the accumulation of Carbonic acid, toxic to organisms. It also increases the possibility of amnesic poisoning and causes an increase in neurotoxins in marine creatures’ bodies. Also, it affects many creatures’ reproductive capacity and brings negative physiological changes. 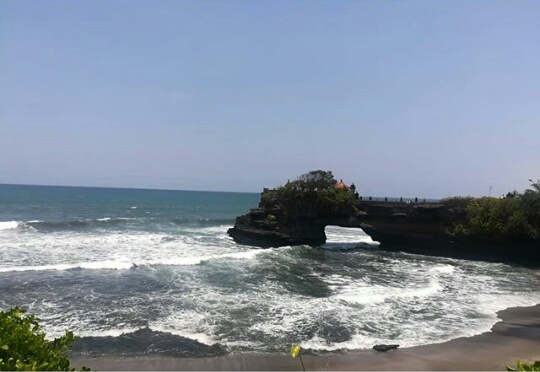 Ocean acidification effects not only marine life, but people too. When people swim in the acidic water, the most likely reaction would be eye irritation. Swimmers will feel as if their eyes are burning. On the other hand, due to acidic nature of the water, deep sea divers, their equipment and/or submarines will start to corrode making such ocean trips impossible.

There is also a decline in the number of commercial fishing and Arctic tourism industry and economy. Commercial fishing is a livelihood means of some 400 to 500 million people. Depending upon the Carbon emission rate today, it is likely they will be affected as well.

How to solve  ocean acidification?

The ocean is already in a dire stage, but we can still save it if we act in time. It will most certainly take us centuries to recover from the damage the ocean is suffering from now. But it will take eons if we do not take any step now, while the situation only gets worse. We need a way to stop this problem by reducing carbon emission into the atmosphere. Reducing use of burning fuel such as fossil fuel and firewood as it emits CO2  in the atmosphere. Not disposing of waste products and garbage by burning it, and opt for better methods like recycling, upcycling or reusing.

Ocean acidification is a dire problem that affects both human being and marine life. As oceans take up a large part of the Earth’s surface, ocean acidification effects on Earth is single-handedly irreversibly. If we let ocean acidify at the current rate, three to four generation from now, people will only get to see many of the marine life in storybooks and on the internet only.