Water is one of the most important resources known to mankind. We use it for so many things; from drinking to cleaning, to beat the temperature. Nepal doesn’t have any sea or ocean, but it has many lakes and rivers. Rivers and lakes of Nepal are mostly filled with fresh water, which comes directly from the Himalayas. In Nepal, the majority of lakes are visited for religious purposes, and mostly by Nepalis. Many places are just known for their lakes and are usually crowded during festivals.

However, the lakes are also famous travels and tours. With the scenic beauty that they provide, lakes of Nepal are one of the best holiday destinations in Nepal. Nepal’s lakes are a regular source of income for Nepal, as well. If you want to visit such lakes, here is the list of lakes you need to visit in Nepal.

Lakes of Nepal: Our top 5 Picks for This Summer

Phewa Tal, also known as Fewa lake, is one of the most famous lakes of Nepal. This lake was formally known as Baidam Tal. This lake is located in the South of the Pokhara and is a popular destination for people visiting Pokhara. Phewa lake is the second largest lake in Nepal, after Rara Lake. this lake is a semi-natural freshwater lake.

Phewa lake consists of an area of 4.43 km² and is 17 km in length. This area is most popular for the reflection of Mount Macchapucchre or Fishtail, seen on this lake. Not only that you can also enjoy boating and fishing in this place. Another reason to visit Phewa Lake is the two-storied temple of Barahi Bhagwati Temple, located in the middle of the lake. 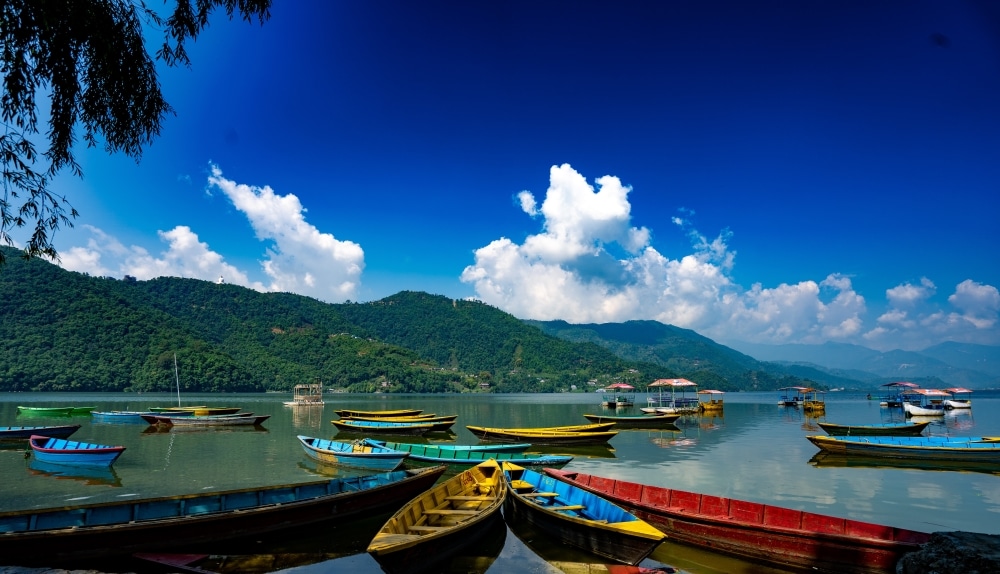 Shey Phoksundo lake or Phoksundo lake is an alpine freshwater oligotrophic lake located in the Dolpa district of Nepal. This place is another popular destination in Nepal. Hundreds of pilgrims visit this sacred lake to take a bath in the holy lake.

Rara lake is the largest and deepest freshwater lake of Nepal. This lake is so large that it takes one whole day to go around this lake. The lake is the main attraction of the Rara National Park, located at Jumla of Mugu district. Rara was declared as the Ramsar site in September 2007. It has been a popular destination because you get glimpses of culture and scenery on your way, which is quite different from the rest of Nepal.

Rara lake has an area of 15.83 km² including the surrounding wetland. This lake is popular for its amazing ability to change color according to the season, weather and time of the day. It can change into seven different colors during the light of day. This particular phenomenon makes this lake so unique in Nepal.

Gosaikunda lake is one of the famous lakes of Nepal. Despite being frozen for only a short period, the name Frozen lake is often used for this lake. This lake is also an alpine freshwater oligotrophic lake, located at Langtang National Park in Rasuwa district. The lake was declared as a Ramsar site on September 2007.

This lake has an altitude of 4,380 m with the surface of 0.138 km². Gosaikunda trek also provides you with grand views of the majestic Himalayan Peaks. You can also view beautiful sunset views over the Himalayas. 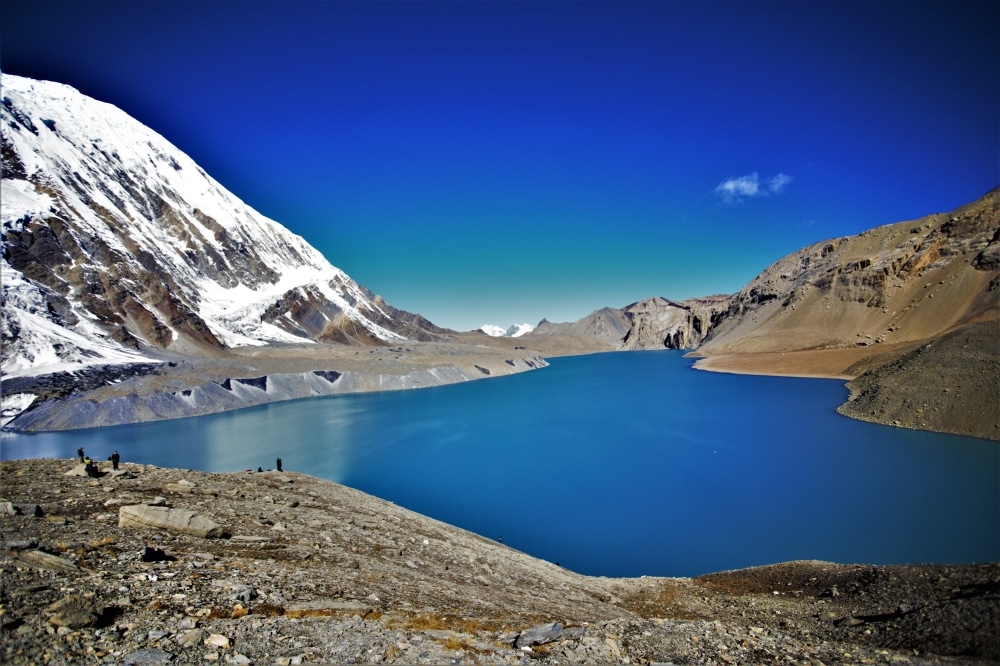 Tilicho Lake of Nepal, also known as the highest lake of Nepal and of the world. Photo: Unsplash/ Manik Shrestha

Tilicho lake is one of the famous and spectacular lakes of Nepal. This lake is one of the very popular trekking trips of the Annapurna Region. It is the collection of melted glaciers from the northern slopes of Annapurna and Thorang Peak. It is also known to be the highest lake in Nepal, and in the world.

Tilicho lake consists of an area of 4.8 km² with an average depth of 85 m. This lake is located in Manang district. It is a popular destination for Hindu pilgrims from around the world as it is mentioned as the holy spot in Ramayan. This lake falls inside the Annapurna Conservation Area and is the source of the Marsyangdi River.

These are just among the few lakes of Nepal, but there are a lot more for you to explore. Go out, go explore all of them and have fun.