Among many Hindu festivals, Janai Purnima or sacred thread festival is one festival that is very important and largely followed. It is observed on the full moon day of Shrawan by Bhramin and Chettri communities of Nepal. The same day is also celebrated as Rakshya Bandhan, which is also followed by the Hindu population.

Janai Purnima is observed as a day bond of pureness and security. While Rakshya Bandhan is celebrated as a symbol of duty between brothers and sisters.

How are they celebrated?

Both Janai Purnima and Rakshya Bandhan are the festivals of threads. For Janai Purnima, people of all ages tie a colorful thread (red, yellow or orange) called doro around their wrists. A priest ties the doro on the right for males and on the left for females. It is believed that doro brings good luck. The people keep the thread until Laxmi Puja (third day of Tihar). On that day, people tied the thread on a cow’s tail.

Males, who have performed a sacred ritual called bratabandhan, get a long special thread called janai. Janai is a loose, sacred thread that males wear around their chest, diagonally from one shoulder. Religiously, the males have to wear janai for their whole lives, but they renew it every year on this very day.

The very same day is also celebrated as Kwati Purnima by the Newari community. 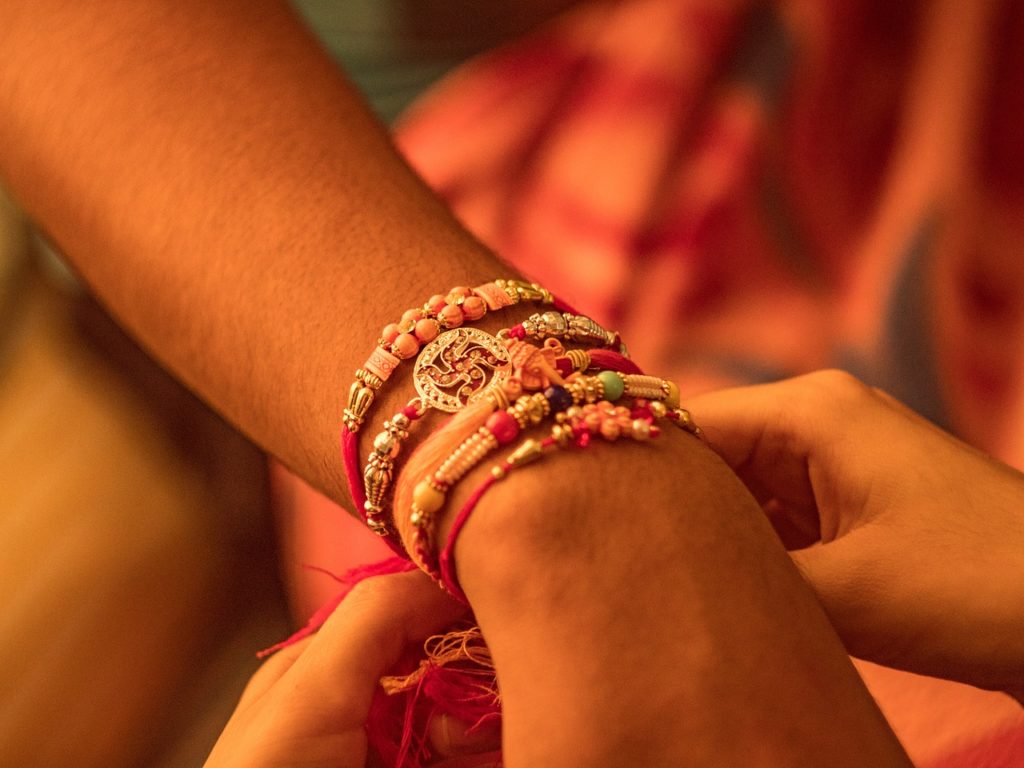 Meanwhile, Rakshya Bandhan is the day of bond for sisters and brothers. According to the tradition, all family members get together and get dressed for the rituals, early in the morning. The sisters start by preparing a thali (plate) for the puja. They sit face-to-face and the sisters put tika on their brothers’ forehead. Then they offer sweets to the brothers as well.

After that, the sisters tie of a (decorated) thread or rakhi on their brothers’ wrists. Sisters pray for their brothers’ prosperity, health, and well-being while thanking the brothers for protection. In return, the brothers vow to protect their sisters and give them gifts or money.

People believe that during the period of Mahabharata, Draupadi tied a rakhi around Lord Krishna’s wrist. Lord Krishna had injured his finger while using his Sudarshan Chakra against the King Shishupalal. As Krishna’s hand was bleeding, Draupadi tore a piece from her sari and tied it around his hand. In return, Krishna vowed that he would always be there to protect Draupadi.

Some people also believe that it started when a Nobel laureate Rabindranath Tagore started the tradition of Rakshya Bandhan during the partition of Bengal. He encouraged Hindu and Muslim women to tie rakhi on men in order to make the bond between two communities, and the bond of brothers and sisters stronger.