Pride parades are basically a march conducted and participated by the members of the LGBTQ+ community across the world. The parade is held on the month of June. June is celebrated as pride month. In pride month, the LGBTQ+ community celebrate the non-binary sexuality and organize pride parades to protest peacefully against discrimination and violence toward lesbian, gay, bisexual and transgender people.

This movement also tries to empower other homosexual people who are yet to come out in open about their sexuality, due to various reasons. People are embarrassed when they want to reveal their gender and society shames them when they do so. This is also done to give LGBTQ+ rights and treat them humanely.

In many countries, people still treat the LGBTQ+ community rashly. This month was dubbed the ‘pride month’ to send a message that pride, as opposed to shame, is the outlook the community wants for them.

How and when did pride month start?

Pride month started to commemorate a series of violent demonstration that broke out after a police raid that started early in the morning hours of June 28, 1969, in Stonewalls Inn. The first march, took place in 1970 in different parts of the USA to commemorate a pro-LGBTQ+ uprising and in commemoration of the Stonewall Riots. Back then the march was known as Gay Pride March.

In Nepal, the first ever pride parade was held in the year 2010 by the Blue Diamond Society.

LGBTQ+ community were suppressed in the past and is still suppressed by major religions. Christianity compares homosexuality with Satanism. It also states that a homosexual relationship must be treated with death. Pride march is a reminder that we need to respect the homosexuals and other gender minorities with the same respect as others.

But this month is much more than just that, it is an opportunity for all those people who are hidden in the dark and are being suppressed by religion and family pressure to come out and become proud of who they are, of what they achieved. It is a chance for the people in the LGBTQ+ community and their supporters to come together as well as what they are going to achieve in the future.

We have seen many rainbows now than in the past. This means that many more people are coming out and revealing their gender. This symbolizes the ever-growing LGBTQ+ community and its supporters.

What is the pride parade theme for 2019?

The theme of Pride month 2019 is to ‘remember the past, create the future’. This year, there will be a lot of attention from around the globe as this year marks 50 years of Stonewall riots. This year’s pride parade will be held in New York, on Sunday 30 June 2019.

This year’s theme for the pride parade in Nepal is ‘Inclusion of queer (gender and sexual minorities) at all levels of state and decision-making process’. This parade will assemble at Maitighar Mandala and will end in New Baneshwor, on June 29 at 10 am. 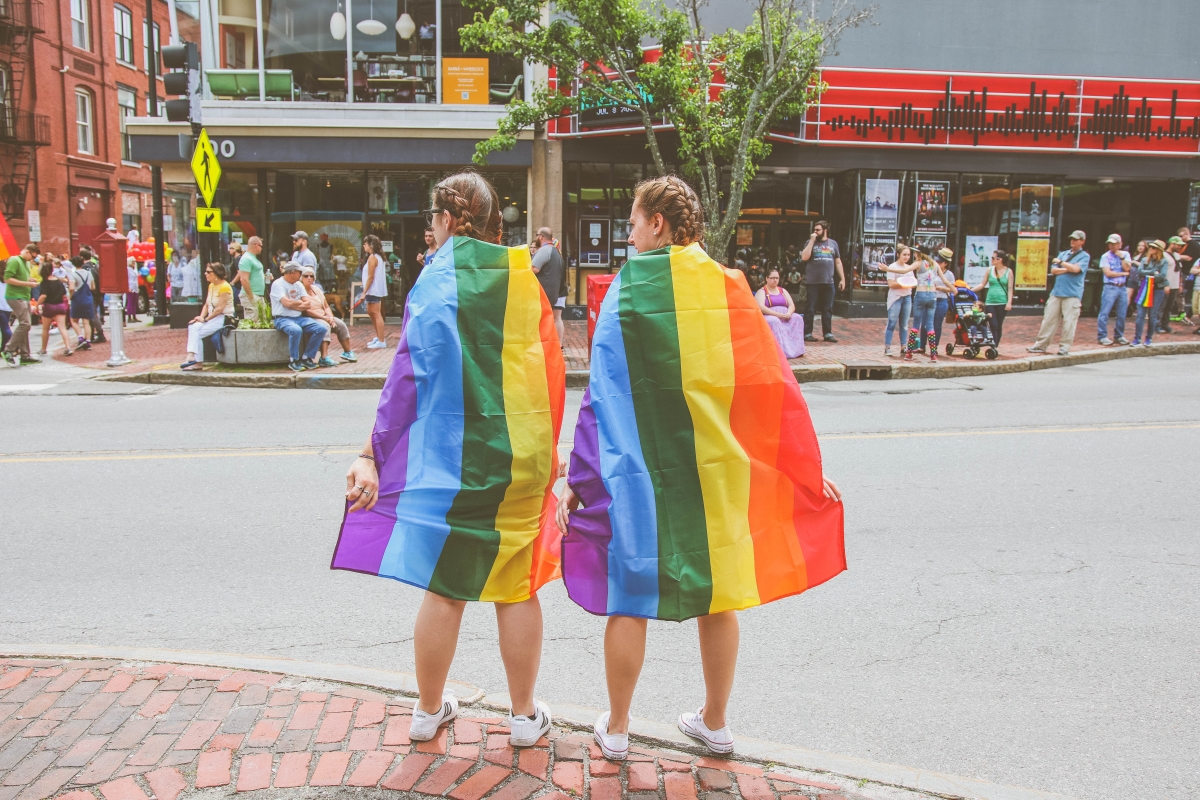 The famous rainbow-colored flag symbolizes LGBTQ+ pride and their social movements. This rainbow flag originated in Northern California’s San Francisco Bay area and is used worldwide. It was designed by Gilbert Baker in 1978 with eight colors. The colors were hot pink, red, orange, yellow, green, turquoise, indigo, and violet are the colors in this flag.

The eight colors were later reduced to six, cutting down hot pink and turquoise. And this is the pride flag you will see in use nowadays.

The LGBTQ+ community in Nepal

The LGBTQ+ community is still negatively received in Nepal. Many people compare homosexuality with mental imbalance and prefer to stay away from them. Even though discrimination against LGBTQ+ is illegal, many people openly make anti-homosexual comments and take pride in being straight. One organization actively working against this kind of discrimination is the Blue Diamond Society.

The Blue Diamond Society organizes marches annually on Gai Jatra. Even though this March is similar to the pride march, this isn’t the pride march. Blue Diamond Society celebrates the festival of cross-dressing. They celebrate this as a festival instead of a political movement, unlike a normal pride march is. People dance and sing on the streets promoting LGBTQ+ rights and aware people about the LGBTQ+ community and their existence in Nepal.