On September 16, Idea Studio Nepal organized a program called “I have an idea” for Idea Studio Season 4. The event started at 1:30 pm at Rastriya Sabha Ghriha, Bhrikutimandap. This event was the grand finale of the College Idea Hunt.

The mission of this project was to create an innovative start-up venture to generate new jobs in the economy and address major social challenges in society, said the organizers. It aimed to foster entrepreneurial minds within the community and incubate their idea to change the community, they added. 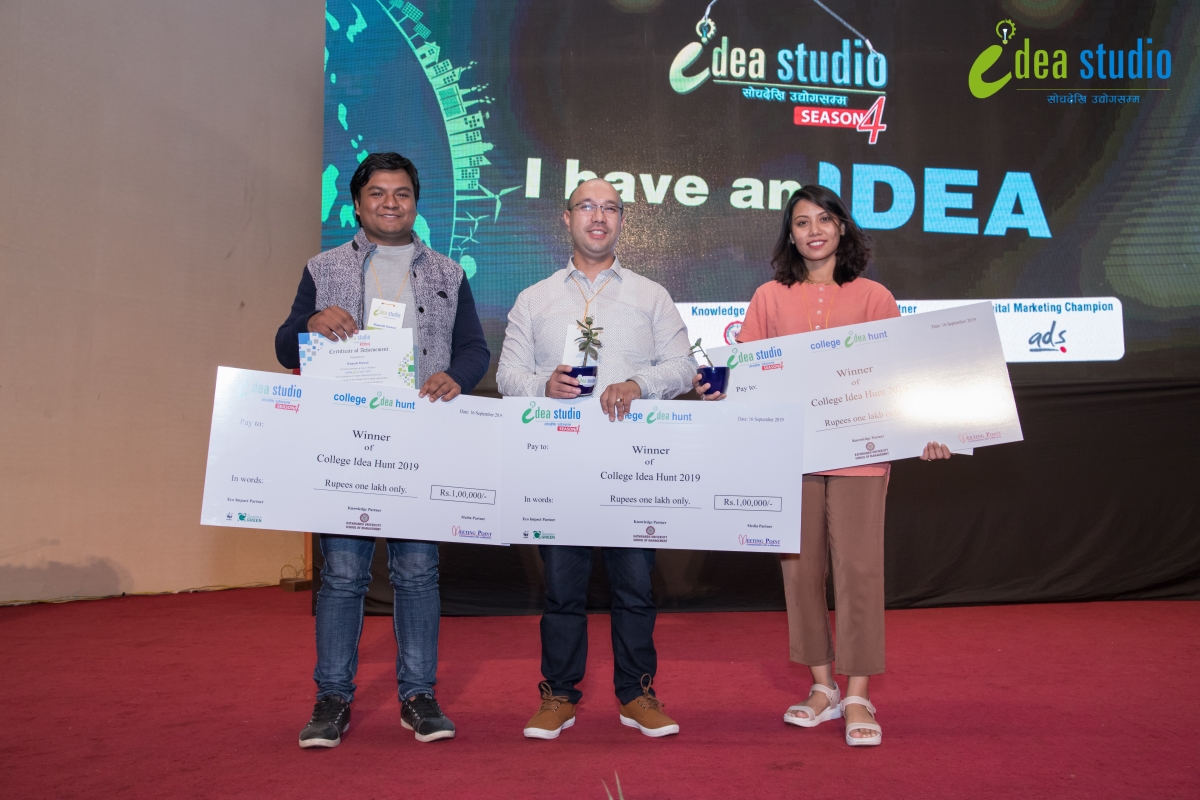 For this event, a total of seven ideators presented with their innovative ideas about their businesses in front of the Jury members. After that, ideators presented their unique and revolutionary ideas for the growth and benefit of the nation. Ideators were given 5 minutes to pitch their ideas, individually. And further 2 minutes time to answers judges’ questions based on their idea. Among all seven participants, they shortlisted only three ideators. Rupesh Duwal for tetra pack, Anshu Pradhan for cane and bamboo, and Joseph Shrestha for the reverse vending machine, qualified as top three finalists and got one lakh cash prize each.

Rupesh Duwal impressed the judges by his idea of the tetra pack. His idea was to collect all the tetra pack waste. After that, he plans to recycle the waste and manufacture furniture and stationery items. Meanwhile, Anshu Pradhan’s idea for Cane and Bamboo was to replace all the wood (green-tree) furniture with bamboo furniture as it reduces the greenhouse effects and creates green space.

Similarly, Joseph Shrestha’s reverse vending machine idea was to free Kathmandu from plastic bottle pollution and aluminum cans. As for motivating peoples for this process, the vending machine will provide re-charge cards to the users.

What is Idea Studio Season 4 all about? 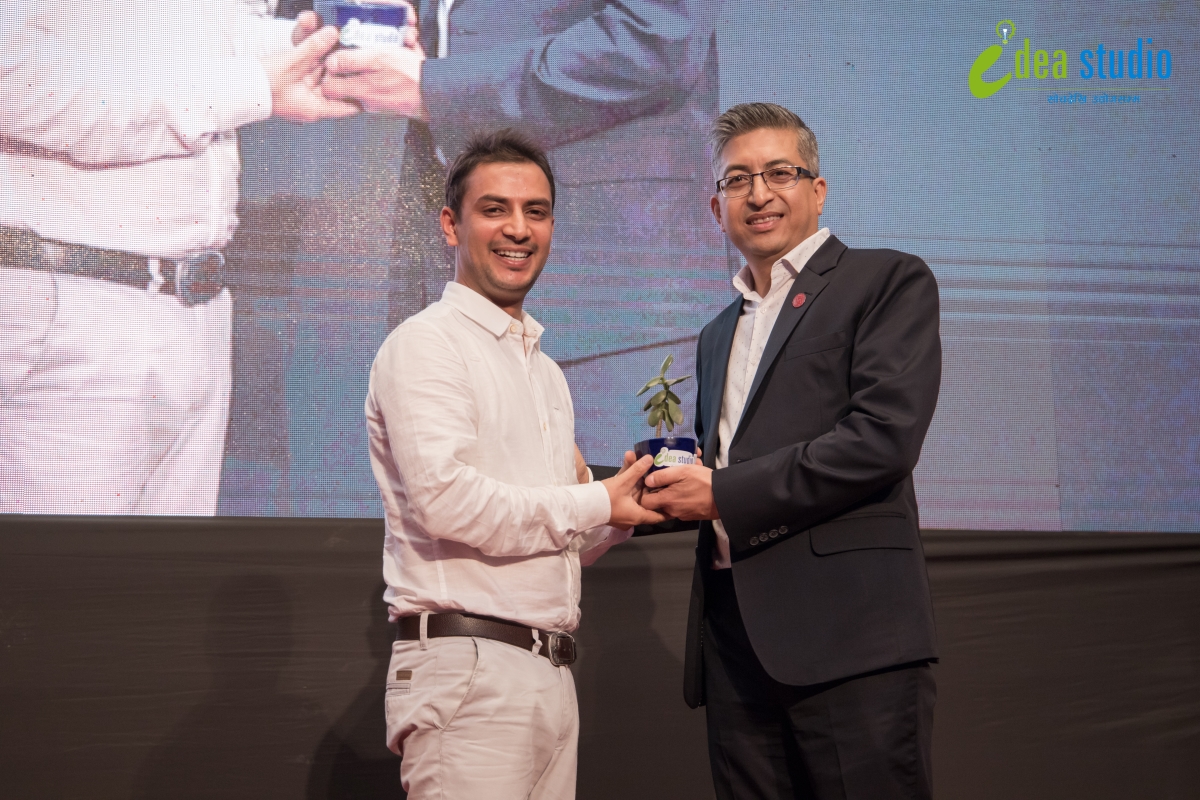 Idea Studio Season 4 was first established on June 2014 with a vision of enabling youth through entrepreneurship and innovative social-economic change. Business ideas called on four categories for this season including Made in Nepal, High Flying, Social Impact and Greenovation. WWF Nepal granted this event with a seed investment of Rs. 5,00,000/- for each the categories.

The top three winners of ‘Idea Studio Season 4’ will now get a chance to participate in national incubation to become part of the Idea Studio.