If you’re not an atheist and track a religion, you might accept death is inevitable. Everything that took birth has to die one day. This is how the system works. But the term death isn’t only applicable for humans, plants, animals, protists, monerons, and fungi or the living forms. It also applies to the super colossal, greatly prodigious Universe. This might sound a bit crazy to think that an unimaginatively big universe is going to end one day. But, everything that ever existed will go extinct in a cold and chilling void of singularity. Here are some ways how scientists have predicted the possible death of the universe:

The idea of the heat death of the universe was first proposed by Irish-Scottish Mathematical physicist and Engineer William Thomson. He is known to be among the key people for the development of ideas of first and second laws of thermodynamics.

To understand his idea, the heat death, we need to understand what entropy is. Entropy basically is the measure of the randomness of a system. As the spontaneity goes, the system always tends to switch from minimum entropy to maximum entropy. The reason you feel cold during winter is due to entropy change where the energy from your body is trying to evenly distribute to the surrounding.

According to the famous equation in physics the E = mc², mass and energy are inter-convertible. So the heat death theory suggests that every particle existing in the universe having mass will eventually radiate energy, losing their respective masses. The so-released energy, due to entropy stabilization will evenly distribute to the ever-expanding universe.

This will cause a lack of energy to perform any type of mechanical work. Since no practical matter exists during that time, this event will cause the death of the universe. 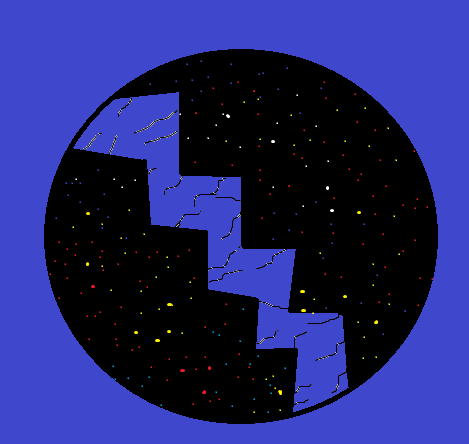 Since its birth, the universe has been expanding, hypothetically even faster than light. For some reason, new space is created everywhere equally. Some say it is because of the dark matter or dark energy. Very little is known about these dark components in the universe. But what we do know is that they exist!

According to the Big Rip setting, space will expand so fast that even the strong gravitational forces cannot reimburse for the rip-apart anymore, leading to the said effect. Throughout the process, gigantic masses like galaxies will fray apart first.

Then single bodies like stars and black holes, if their gravities aren’t strong enough to hold them together, will rip as mentioned earlier. And since the expansion is faster than light, the smallest bodies like molecules and atoms will also feel the effects. The thorough expansion will take place inside of these small matters as well. So they then dissolve into their components.

Atoms will split into protons, electrons, and neutrons that further disband into quarks and gluons. Now only the smallest of small bodies will remain in the universe. As the rate of expansion is so fast, they will not interact with each other anymore. What will be left is an infinitely large space with tiny matters that can never intermingle with each other. Hence the universe dies.

Death of the Universe: The Big Crunch

The Big Crunch is almost the opposite of The Big Rip. Imagine yourself inflating a balloon. It expands when you blow in it but stops when the air fills up space inside. If you pump in more air, it’ll cause the balloon to explode.

According to The Big Crunch theory, the universe behaves the same but instead of exploding, it will implode. When the expansion of the universe reaches its limit and cannot expand any further, the universe will start to contract. This implosion will bring objects closer, including all the galaxies and stars.

The temperature of the surrounding will increase as the implosion accelerates. Slowly, the lack of space will force matters to merge. Even the smallest of particles will merge including protons and electrons into a neutron. And due to high pressure and temperature, formed neutron will merge with another neutron.

Black holes are heavenly, super dense, invisible bodies that are known to have colossal masses. Black holes are everywhere in the universe more or less equally. They have the strongest gravitational pull known to this date. Thus, due to the said implosion, these black holes will consume everything in their path.

They will then merge with other black holes, and form a single, supermassive black hole. They will contain the mass of the whole universe till a point of singularity, where the universe collapses into a single infinitesimally small dot. This will be the death of the universe.

Even though the thought of the death of the universe is enough to chill our bones, these events will not occur in our lifetime. The universe is only 13.4 Billion years old and it still has trillions and trillions of years to live. Humanity will be long gone before that happens. Even if humans still live long enough, with the rate of science and technology evolution, I’m sure humans can plow a way through this ultimate doomsday. Who knows we might even create a separate universe of our own which exists forever? Or, who knows if these events are going to happen? After all, these are just a few ideas proposed by a bunch of mortals that only know about 0.1% of the universe they are living in.