After a long tiring day, there is no better escape than a cup of your favorite drink and a good book. You could argue with me on this but you’d be wrong. For book lovers everywhere there are millions of books to choose from. But the Nepali book scene is picking up speed, and here are few of the Nepali writers and their best works that could give international writers a run for their money.

10 Nepali Writers To Look Out For

Among many Nepali authors and columnists, Bhattarai is a popular name among the youth for his creations like ‘Summer Love’, ‘Saaya’, and ‘Monsoon’. His stories mainly revolve around the typical youth of today; their daily lives, romance, sex, college gossip and the like. He has an uncanny ability to pick up the minute, overlooked details and skillfully weave it into a fascinating story. His simple and sarcastic yet insightful books always makes his books a good read.

Success stories have always been something people look out for in hopes to follow the path paved by those who’ve done well. Maybe that’s why Hari Bansha Acharya hit gold with his autobiography ‘Cheena Haraeko Manche’. Acharya, from the famous ‘Maha Jodi’, earned recognition and respect for his acting and comic timings as well as for his involvement in various political and social reforms. Looking at all that he’s accomplished, one can already deduce how remarkable his stories would be. ‘Cheena Haraeko Manche’ is a cleverly written account of his colorful journey; adding a feather to his cap.

Better known as the other half of the iconic duo ‘Maha Jodi’, Madan Krishna Shrestha is one of the most influential people in the country. In his Autobiography ‘Maha Ko MA’ he has provided his audience a peek into the other side of the curtain, and into his journey to becoming the most coveted comedian in the industry. There are many instances similar to ‘Cheena Haraeko Manche’ but Shrestha depicts them from an entirely different view in his book. And it has been applauded by the audience of all ages.

Budhisagar is among the most prominent young generation poets and Nepali authors, at present times. His first novel ‘Karnali Blues’, depicting a father’s struggle described through a son’s eyes, received a great response from readers of all ages. Being from the Karnali region himself, he has vividly portrayed the hard life in the unexplored parts of Nepal. His are novels that will set off a series of mixed emotions in the readers and leave them thinking about it for a long time.

Narayan Wagle is a Nepali journalist and a Madan Puraskar-winning novelist. His bestseller ‘Palpasa Café’ and second book ‘Mayur Times’, both have themes dealing with the civil war. His protagonists are mostly journalists and seem to be alter egos of himself making his writing that much more relatable. Wagle’s novels are a must read as they bring the realities of the civil war to the public, in a way journalism has failed to.

Amar Neupane is another Madan Puraskar-winning writer and one of the most critically-acclaimed Nepali authors in our country. His best works by far include ‘Seto Dharti’ and ‘Pani ko Gham’. These books reveal the bitter realities of the Nepali society. The way he paints his characters will reel you into their lives and have you relating to their raw emotions. 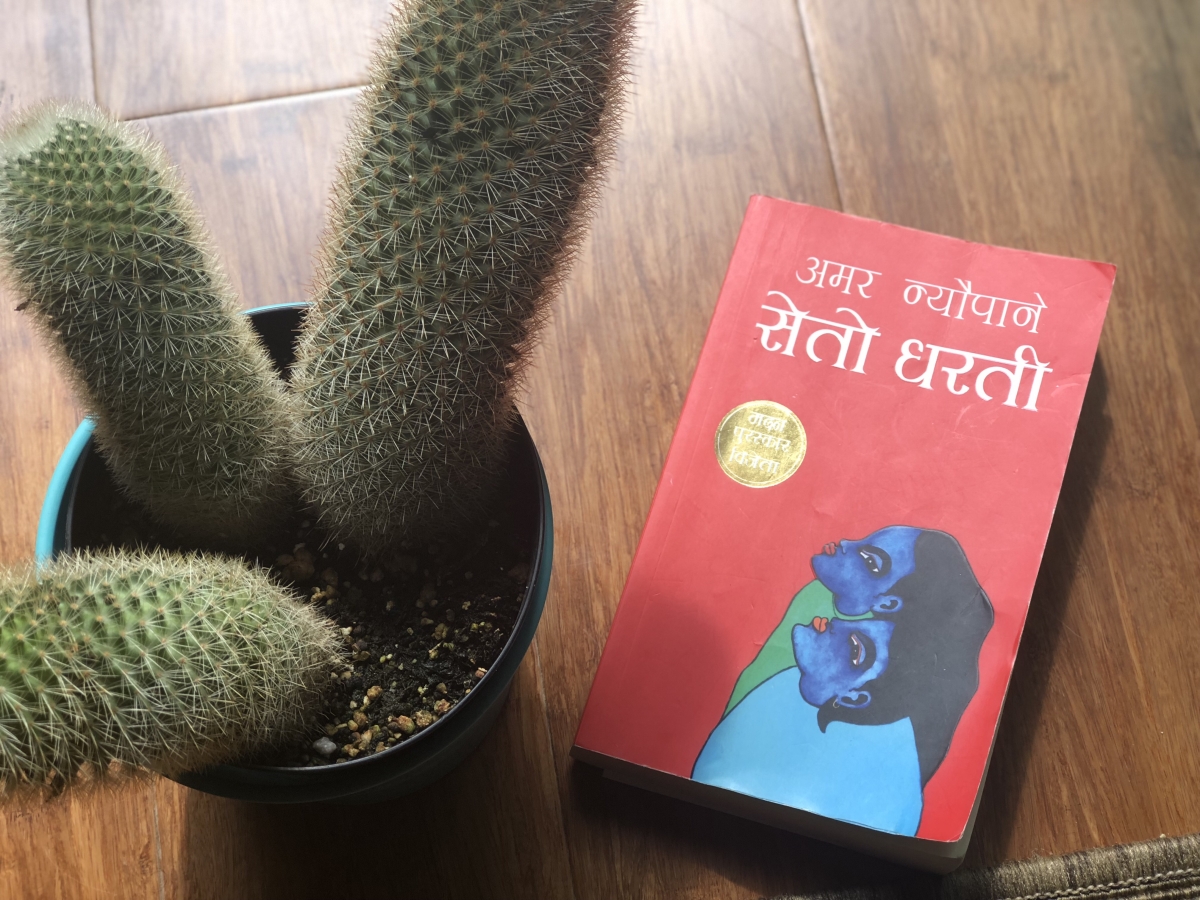 Often referred to as the ‘Helen Keller’ of Nepal, Jhamak Ghimire is an inspiration to all. Despite being born with cerebral palsy, she persuaded her dreams to become a writer and writes with her left foot. In her autobiography ‘Jiwan Kada Ki Phool’, she has expressed all the struggles she went through to fulfill her desire to read and write. The book sends out a strong message one can make miracles happen through their determination and continuous hard work.

A philanthropist, an actor and founder of the global charity, Help Nepal Network, Rabindra Mishra is a household name among Nepali writers. Although he has left his journalist-life behind, his book ‘Khana Pugos Dina Pugos’ is something all Nepalis should read. Through this book, he gets readers thinking about all that is wrong with society and how one can bring about reforms. It brings up important questions about social disparity and the voices of the backward people through a capitalist’s eye.

A lot of public figures from various walks of life have, in recent times, penned down their journey. Vijay Kumar Pandey is one of those many who have shared personal experiences with the people and the response he saw was wildly positive too. He released his debut book ‘Khusi’ in 2014 which picks up stories from all kinds of characters; be it encounters with Kings and Prime Ministers, or your everyday parent-child clashes. These realistic accounts of his eventful life are what make this Madan Puraskar-winning book, worth reading.

Samrat Upadhyaya is the first Nepali-born fiction writer, to write in English and publish a book in the West. All his books portray the current situation of Nepal, as he observes from a distance as a realist author. His books are often set in the backdrop of a timeless Nepal. ‘Buddha’s Orphans’, ‘The City Son’ and ‘Mad Country’ are among his many acclaimed books. From portraying the hardships the country has faced, to the problems rooted in our society or to shedding light on the life of Nepali people abroad, he has been applauded as an important chronicler of globalization and exile.

So which work of art from our Nepali writers will be your next read?