Tihar celebrations have lifted the spirits of all the Nepali people. The most loved Nepali festival, Tihar, had just arrived yet we are already at the end of the festival. The five-day long festival starts with Kaag Tihar followed by Kukur Tihar, Gai Tihar & Laxmi Puja, Govardhan Puja, and Bhai Tika festival on every alternate day.

We honor crows and dogs on the first and second days of Tihar, respectively. We express gratitude to cows in the morning and worship Goddess Laxmi in the evening, on the third day. The fourth day is about worshiping the ox, whereas in the Newari community performs a self-worshiping ritual called Mha Puja (worshiping body) in the evening. Then on the final day, people merrily celebrate the love between a brother and sister with Bhai Tika.

There exists a unique and strong bond between a brother and a sister. They can be the worst enemies but at the end of the day, they are the best of friends that one can ask for. They are each others’ protector, admirer, critic, confidant, savior, and they have the unconditional love for each other. And, Bhai Tika is a day fully dedicated to the brothers and sisters, where one thanks the other for their eternal companionship and great love.

According to the Hindu calendar, the festival falls on October 29, this year. However, the Newari community is celebrating the day on October 30, instead. Irrespective of the day of celebration, the essence behind the celebration is still the same. Hence, in this section, we will be discussing the importance of Bhai Tika festival and how it is celebrated all over Nepal. 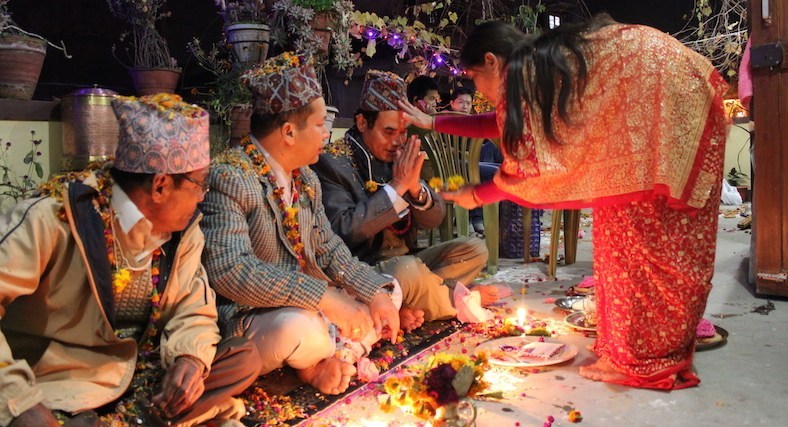 Mythologies suggest that there was a girl named Yamuna, whose younger brother was terribly sick. Yamraj, the God of death had visited their place to take away her brother’s soul with him. Yamuna then pleaded Yamraj for some time to worship her brother and the latter agreed.

She then asked Yamraj not to take her brother’s life until the garland she had made of Makhamali flowers (Globe Amaranth) wilted. She also asked Yamraj to let her brother stay until the oil she had drawn around her brother during the puja had dried. As the flowers and the oil remained fresh for a long time, the pleased Yamraj granted the boy a long life.

Since then, there has been a tradition of worshiping the brothers on this particular day. Legends suggest that performing this puja ensures the longevity of the brother’s life, just like Yamuna did.

Celebrations of the special day 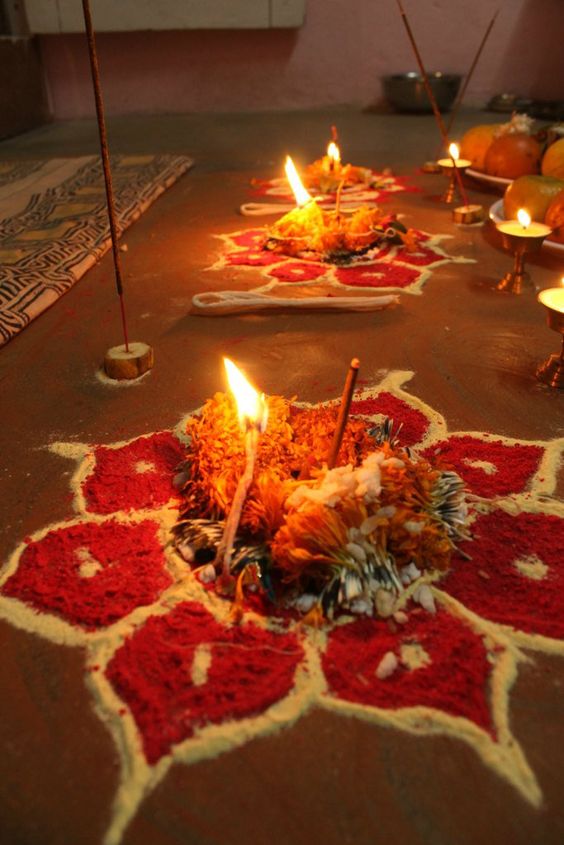 For this day, a special sagun called Bhai masala is prepared to be offered to the brothers. This tradition dates back to the time in the past where brothers had to travel for a long time from his married sister’s home, to reach their own homes after Bhai Tika rituals. The sagun packet was like a healthy snack pack for the brother to have along the way.

Some also gave a handkerchief or a piece of clothing along with the Bhai masala. The sisters wove garlands of Makhamali flowers for their brothers, as they remain fresh for a long time.

After that, the sisters make a border around the brothers with water and then oil. People believe that the use of water keeps away bad omens. The sisters offer garland to their brothers and then put the Saptarangi (rainbow-colored) Tika on their brothers’ forehead. In Newari community, the brothers get with marigold garlands and a holy thread that goes around their necks, from their sisters. They also are showered with rice, other flowers from the top of the head along with a walnut, for three times. Sisters also worship the brothers’ shoulders as a part of the ritual

Bhai Tika festival is a celebration of siblings’ love.

It is a special day for all the brothers and sisters. The ones, who don’t have their own brothers or sisters, go to their nearby relatives to celebrate this occasion. In recent years, the sisters who do not have a brother have started to worship their sister. As it’s a day of siblings, sisters show gratitude to each other and exchange gifts.

May this Bhai Tika festival further strengthen your brother-sister bond. Have a wonderful Bhai Tika full of love and happiness!!!