Nepal is home to hundreds of festivals of all cultures and religions. The festivals hold significant importance and value in Nepal. Out of all the festivals, Dashain is the most celebrated one and is considered as the biggest festival of the Hindus. It is celebrated for 15 days. Dashain falls on the bright half of the lunar month of Ashwin and Kartik, whixh typically falls in the Gregorian months of September and October.

Children tend not to be interested in festivals generally, but Dashain is the festival which they desperately wait for. They get to eat delicious food and have school holidays for more than a week. Hence, they rejoice this festival. All Nepalis know that the first day of Dashain is Ghatasthapana, so here people don’t know the significance of Ghatasthapana.

The most celebrated festival in Nepal starts with Ghatasthapana. In Sanskrit, Ghata means “pot or vessel” and Sthapana means “to establish”, together it means to establish a pot. People clean their whole house the earlier day to keep the house fresh and pure. On this day, the puja room is made pure by daubing it with clay. Over that, the pot (Ghata) is placed. There is a tradition of filling the pot with sand brought from the Holy River. In Kathmandu, people bring sand generally from Bagmati River. 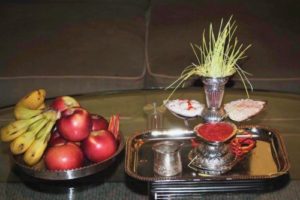 After the pot is filled with sand, barley seeds and corn are sown into it. Some people sow black sesame seeds as well. Those seeds are immersed in water in the earlier day. The pot is then covered and kept away from sunlight and water is poured into it every day. After 2-3 days, Jamara, a sacred grass, grows in that pot. Deprived of sunlight, the Jamara turns out to be yellowish in color. The yellow color of jamara is considered to be a symbol of goodluck and all.

Ghatasthapana marks the beginning of the biggest festival and its rituals are always performed in the morning. According to some mythologies, Dashain is celebrated as the victory of Goddess Parvati against a demon called Mahishasur.

It is said that the battle lasted for nine days long and finally on the tenth day the Goddess killed the demon. Hence, we worship the figure of Goddess Durga where she is killing a demon with her trident. It is believed that the puja that we perform on Ghatasthapana is to ask for Goddess Durga to bless the pot or vessel with her presence. It is also believed that the Goddess resides in the vessel for the whole nine days and that she will protect the members of the family. 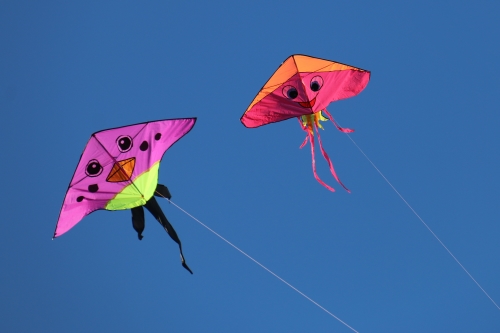 Kites in the Dashain sky

Children are the most excited as they get to play swing,  wear new clothes and fly kites with their friends all day long. In Dashain, the sky becomes colorful with various colors of kite moreover, children’s happiness adds to the colors of the sky.

May Goddess Durga protect and shower her blessings upon us. May you have the greatest time.